Already early in the Morning the first little egrets gathered together: 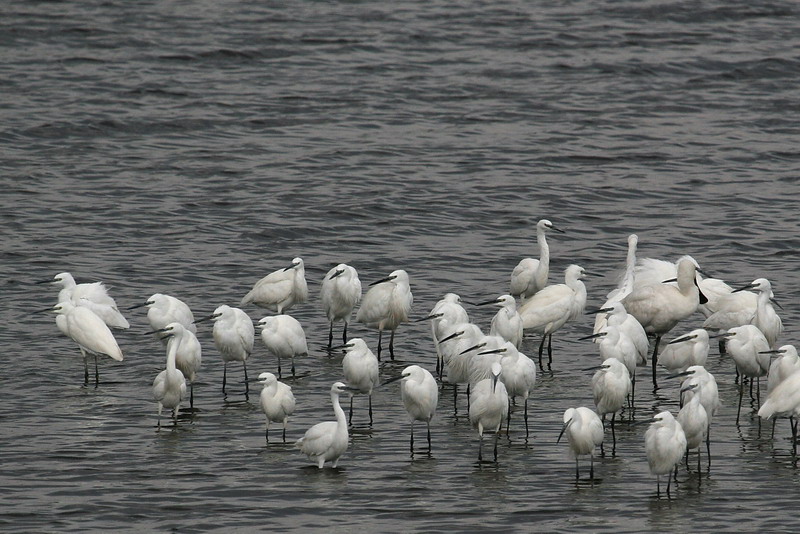 "I have to hurry to come to the heron conference in time!" Mr. Cattle egret meant 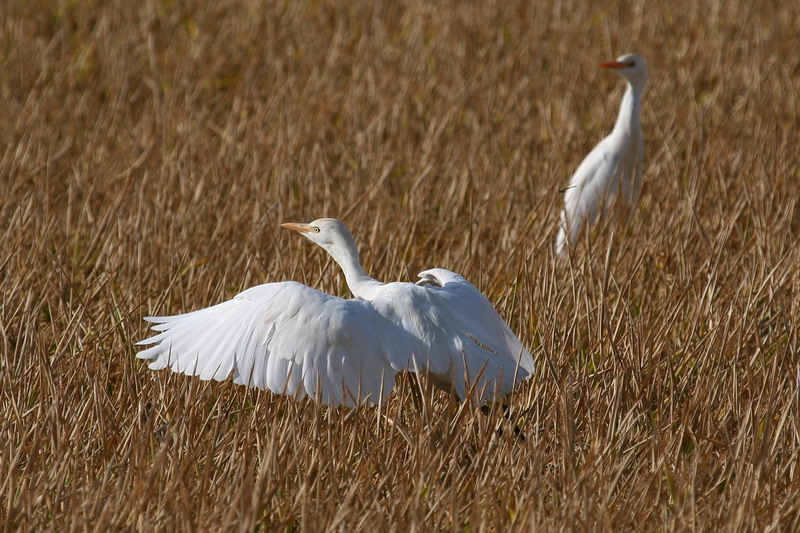 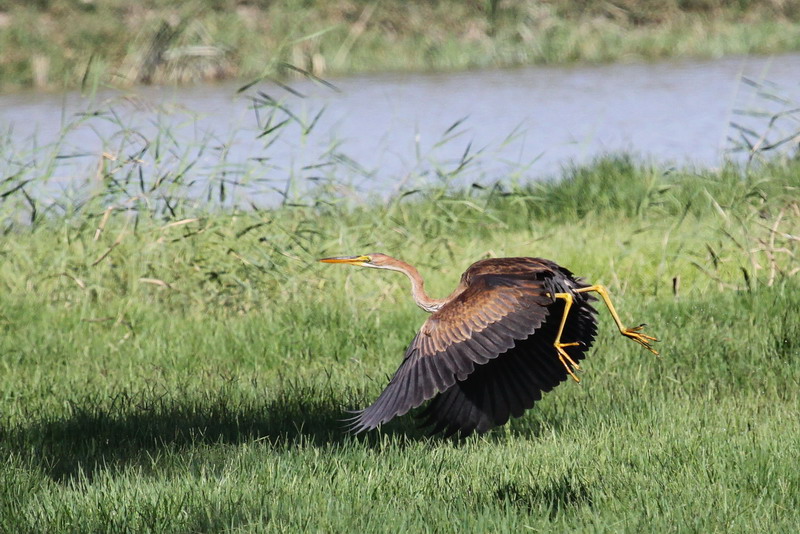 "I shall rap on the table today!" Mr. Grey heron absolutely determined flew off to the heron conference: 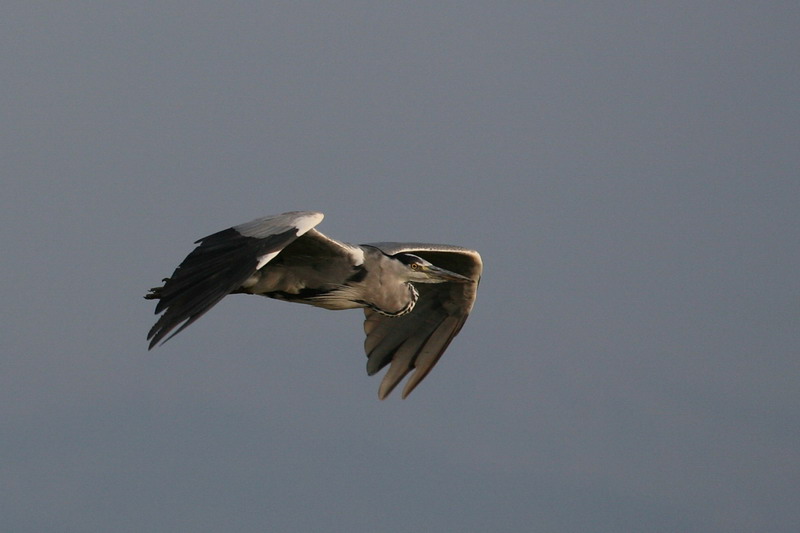 "And I, tee-hee, shall give a real scare to the night herons in broad daylight!" Mr. Little egret the thrill of anticipation about the hoax is written in his face: 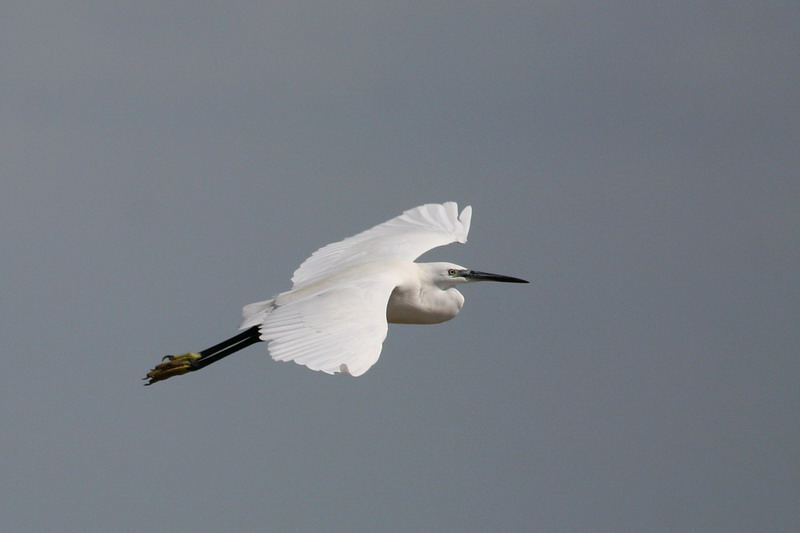 "Yay! We surely will have the absolute majority by all decisions!" the clan of night herons is looking forward: 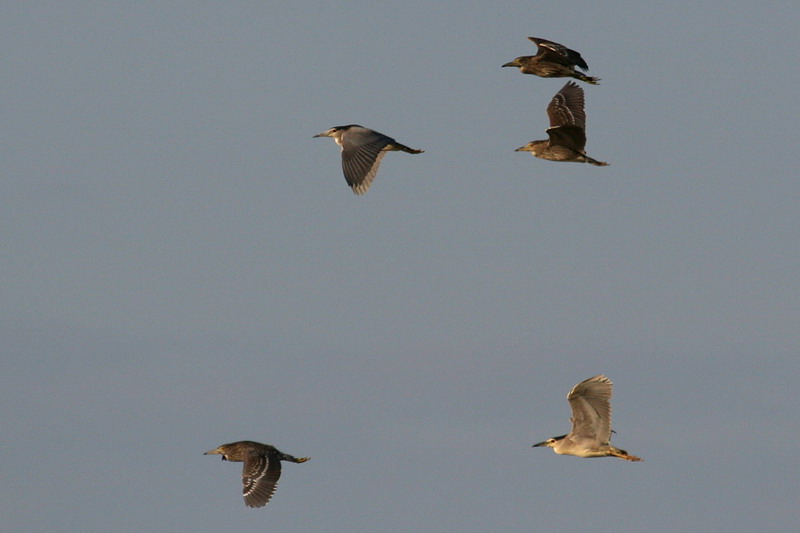 But for the night herons the worse is yet to come, because Señor Little egret made already in the beginning of the conference a scandalous proposal!

"Dear herons and wannabe herons (his deadly serious look darted the poor short necked night herons!), I suggest, that the name "heron" only those are allowed to use, who like myself, got a beautiful long neck!" 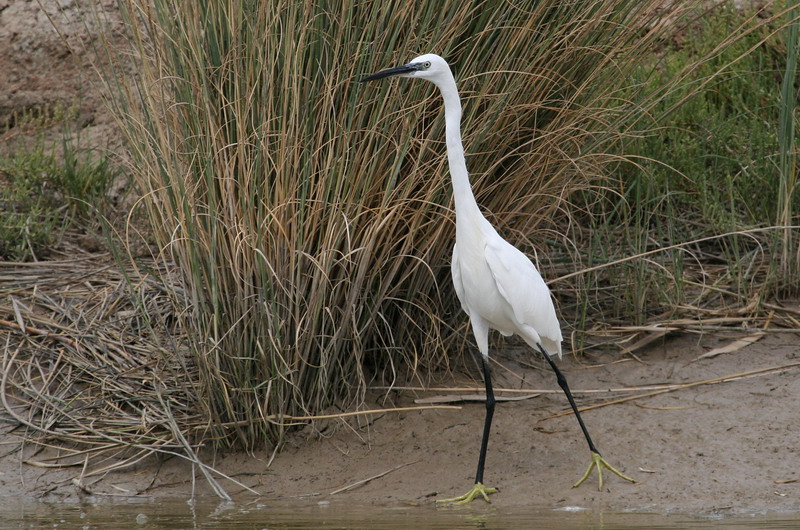 "Oops! Then I quickly shall show that ... 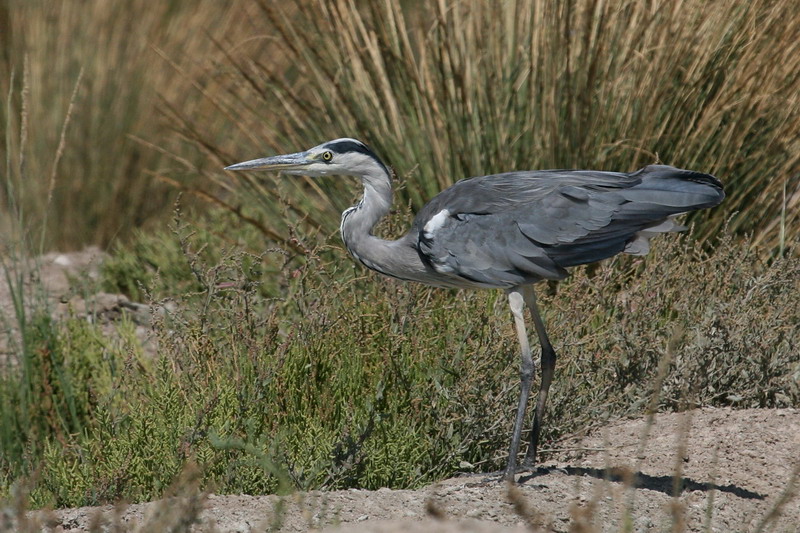 ... I got a wonderful long, slim neck!" Miss Heron hurries to proof: 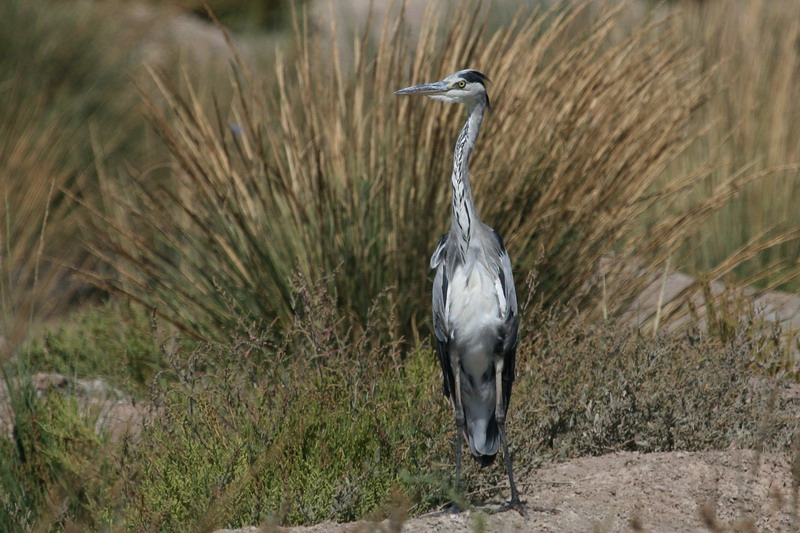 "I can´t see far and wide no prettier neck than mine!" Mrs. Purple heron spoke a little arrogant: 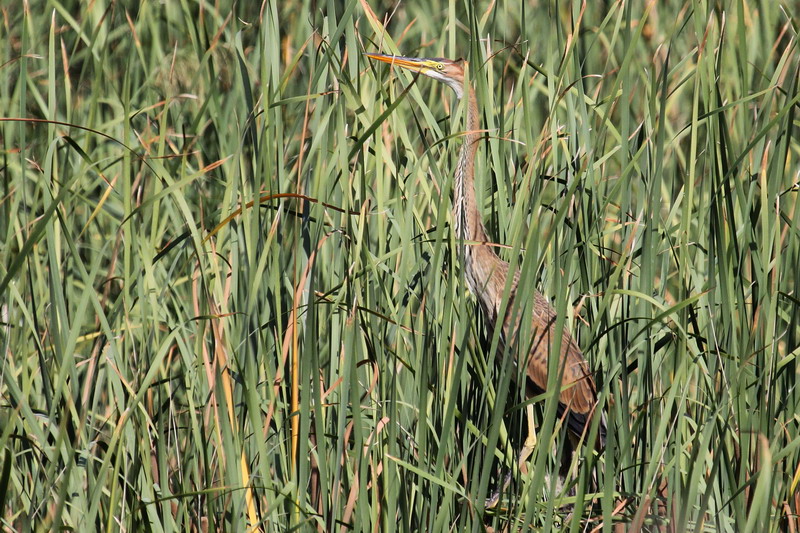 Ashamed the young night heron, who took part for the first time in his life at such a heron conference, crouched: 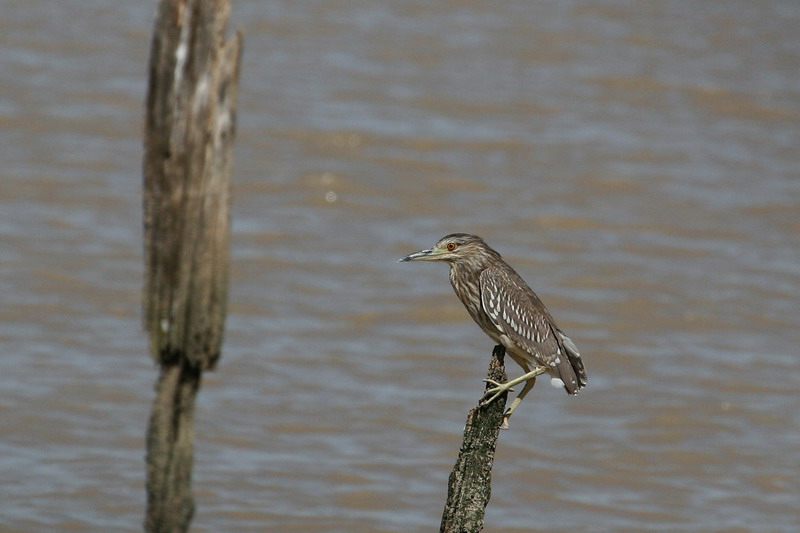 However much his father tried to stretch, unfortunately no long neck was to be seen: 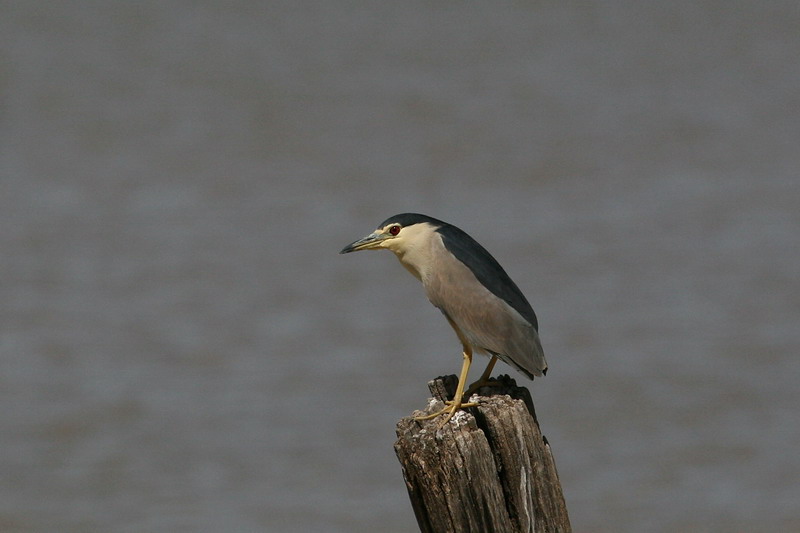 "Ghee, I am even able to drive my neck in an S-form! And then this poor plump guy in front of me .... terrible!" But the words of the proposer were tinged with pity: 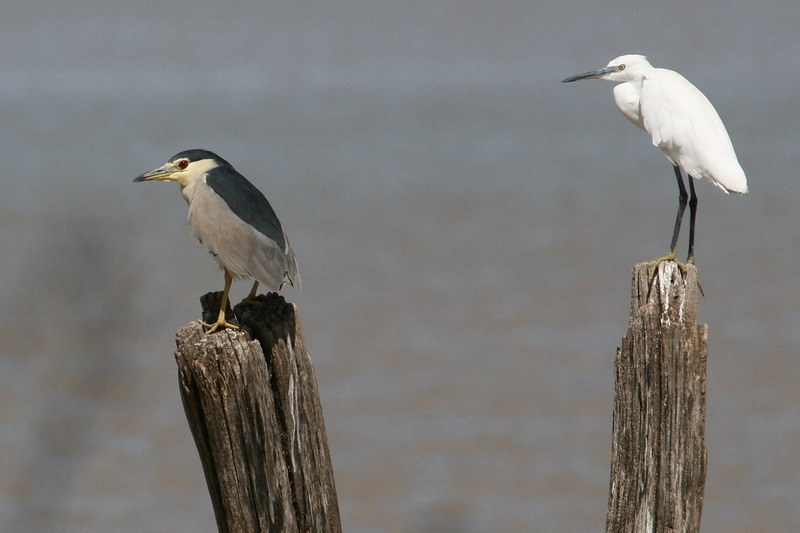 For quite a while the herons debated on if the night herons are further allowed to call themselves "night herons" or not. Mr. Grey heron meant sardonic, that the name "night penguins"" would fit better to them. Only when the young night herons cried bitterly, the ... 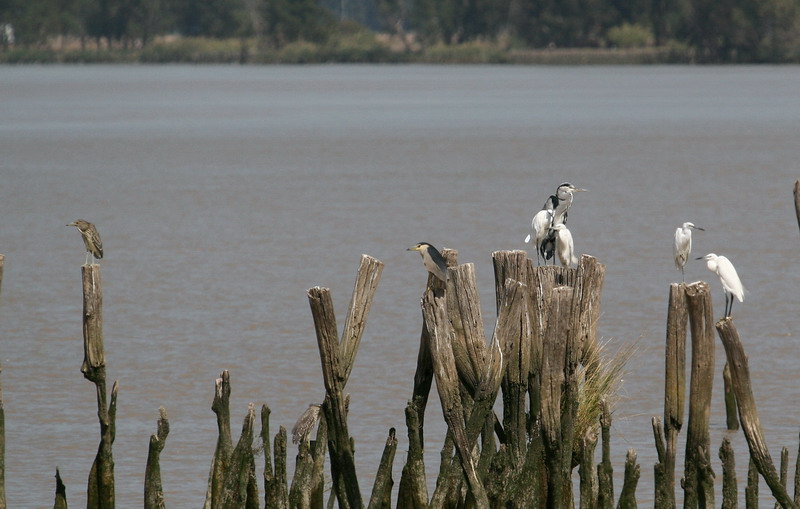 ... proposer had an understanding and withdraw his application! 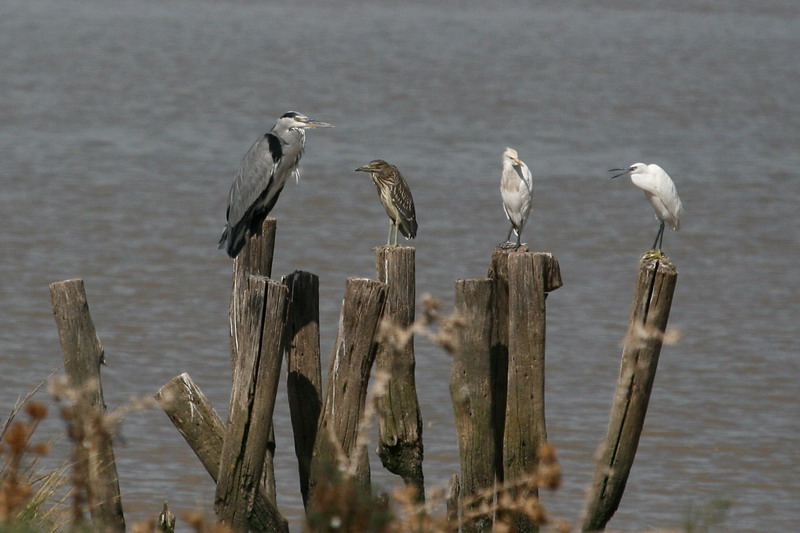 And that is how it came, that the night herons of Brazo del Este may continue to call themselves "night herons" despite we also could not discover a heron neck!