By the end of August also the colorful bee eaters gather together, to 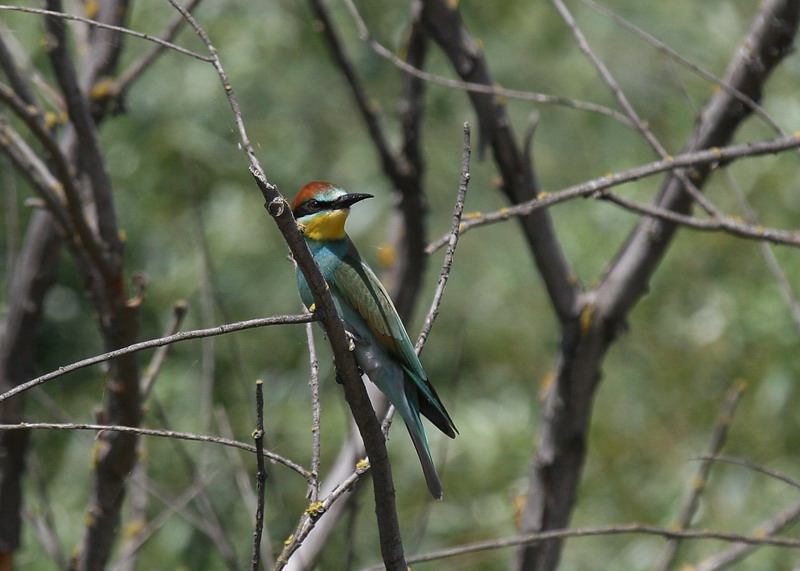 in troops to leave the Iberian Peninsula for Africa: 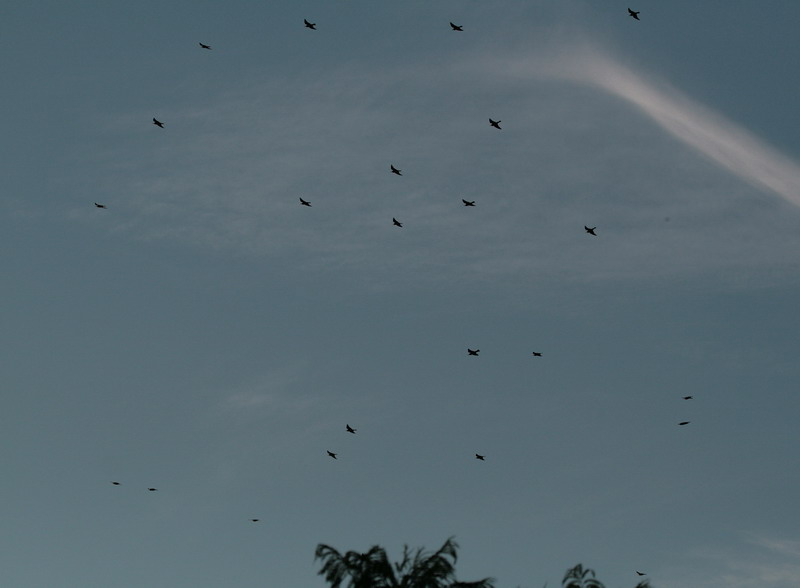 Their throatier voices sound unmistakable from the sky. These sociable birds seem to communicate continuously with each other: 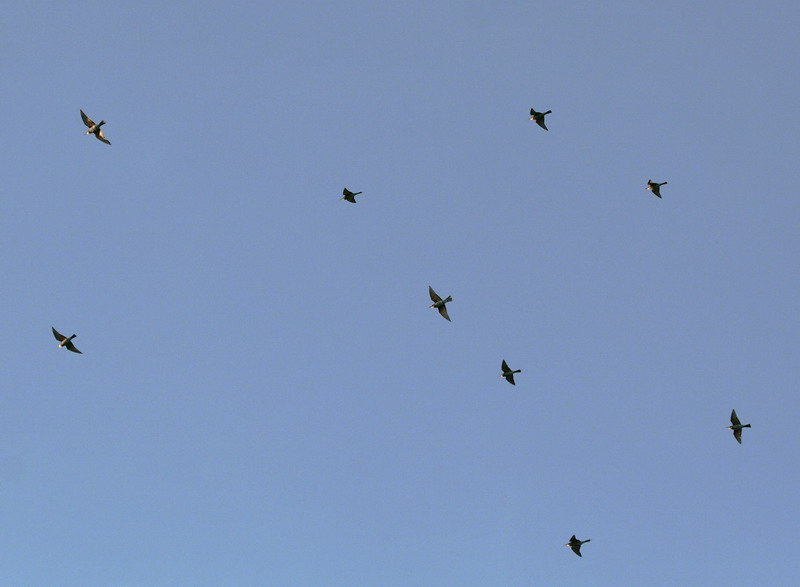 And then in April, what a joy, to hear their calls again and 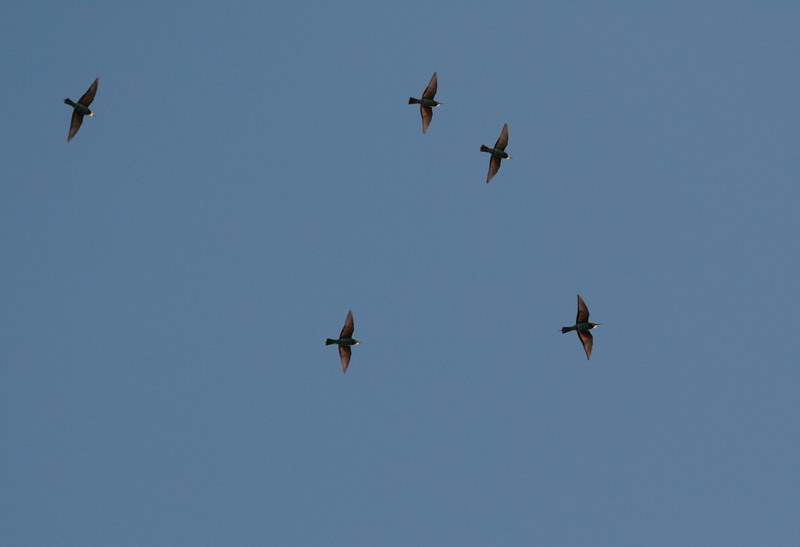 sometimes they even take a rest on a tree in my biotope. Mostly on bad weather days, thus no weather for making photos! 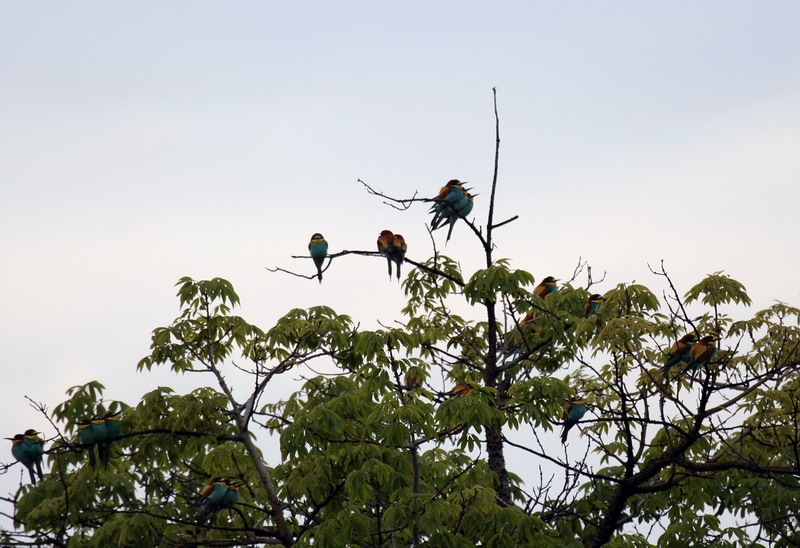 But of course there is a reason for that, because on these dull days there are also no insects flying high up in the sky and so the bee eaters sit on the trees to try their luck in flying low. 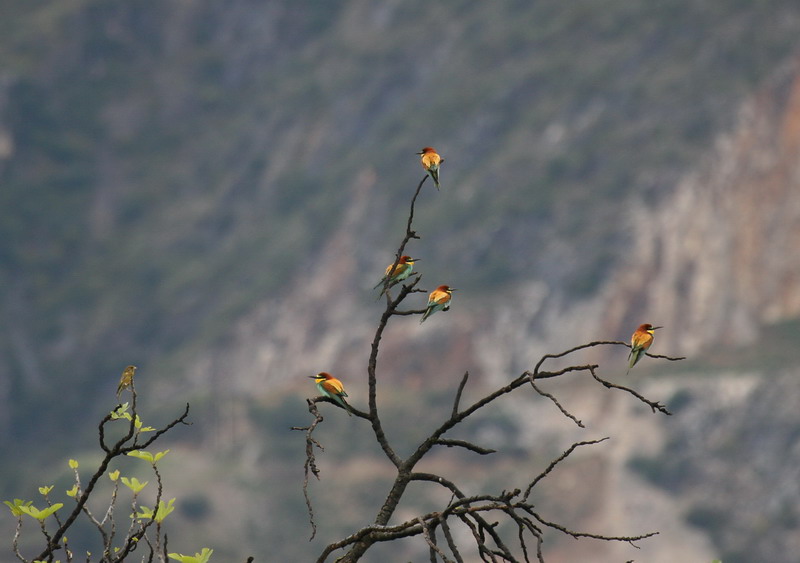 The photos shown so far are all  except the first - photographed in my biotope. But also in La Janda, the rice growing region on the Atlantic coast bee eaters gather in late summer. 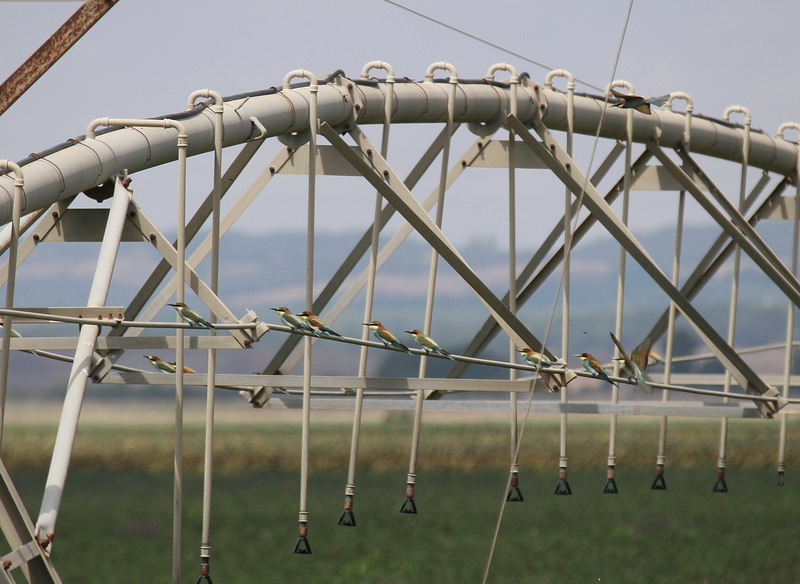 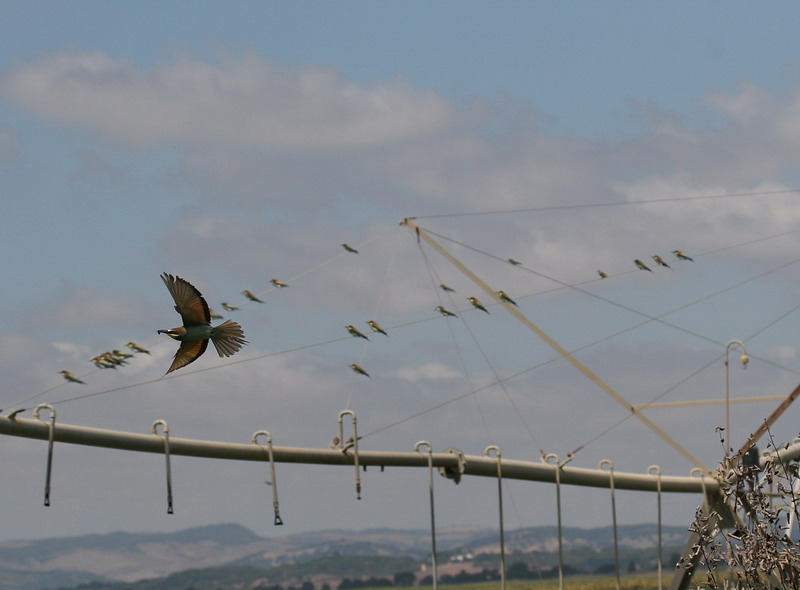 these skilful flyers carry out wild stunts, to chase every, but really every insect to get enough power for the continuing flight: 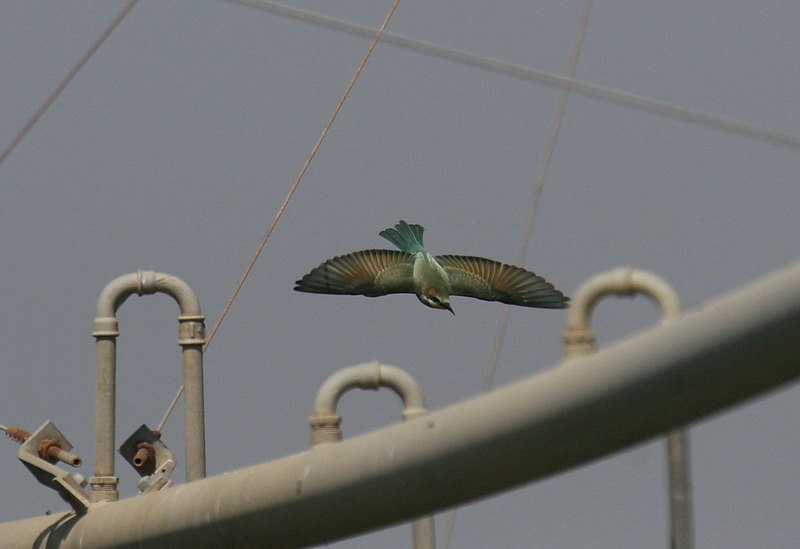 Bird migration is really an adventure which goes under the skin!