yesterday we had been at Tarifa (Observation point Cazalla). In the last report I showed the picturesque scenery which you have from there to Tarifa and Africa. Here are following a few photos from the contrary. In April 2008 the new observation station at Cazalla should have been finished. But until yesterday it was not!

Not even the already bituminized parking lot is allowed to be used because of constant dangers and so we all, who wanted to watch the bird migration, concentrated on the bumpy access road:

But we really don't complain seeing the man-made obstacles

the sailors have to fight against on a very windy day like yesterday .

and reaching their goal Africa not sailing but in a very weary way of flight .

that sometimes nearly paralized with fear and we only can hope, that all birds manage this dangerous way somehow. But I cannot understand that these windmills have to rotate also during migration times. 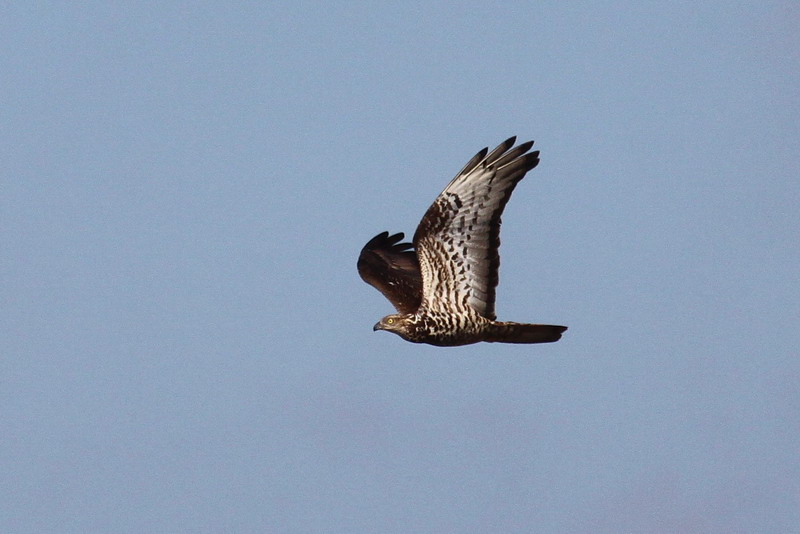 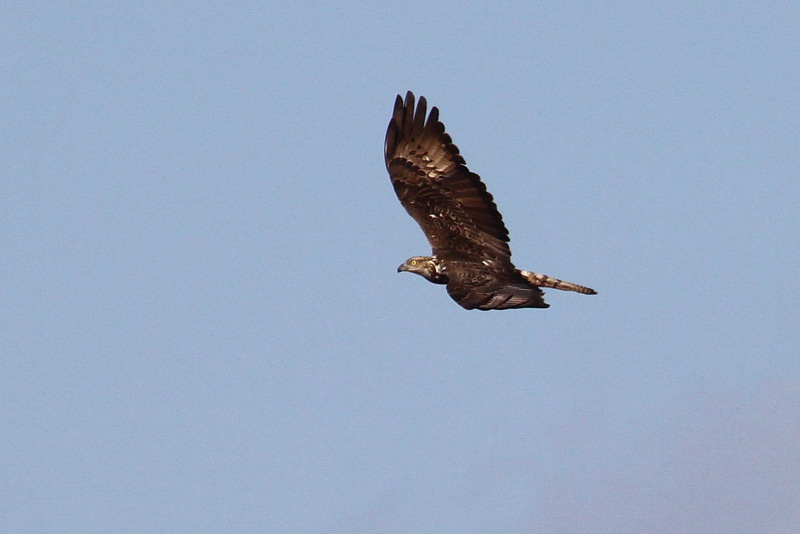 Yes, and then he approached, one of the numerous Egyptian vultures, which we saw yesterday 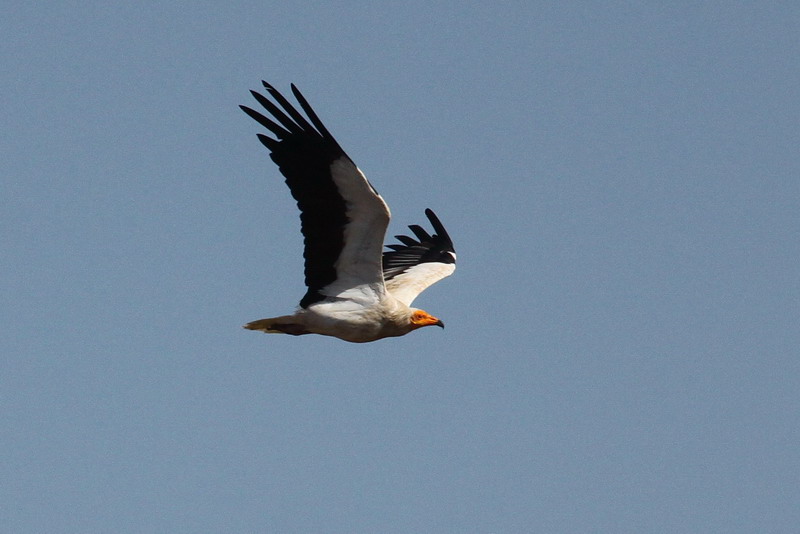 flew majestically above us and 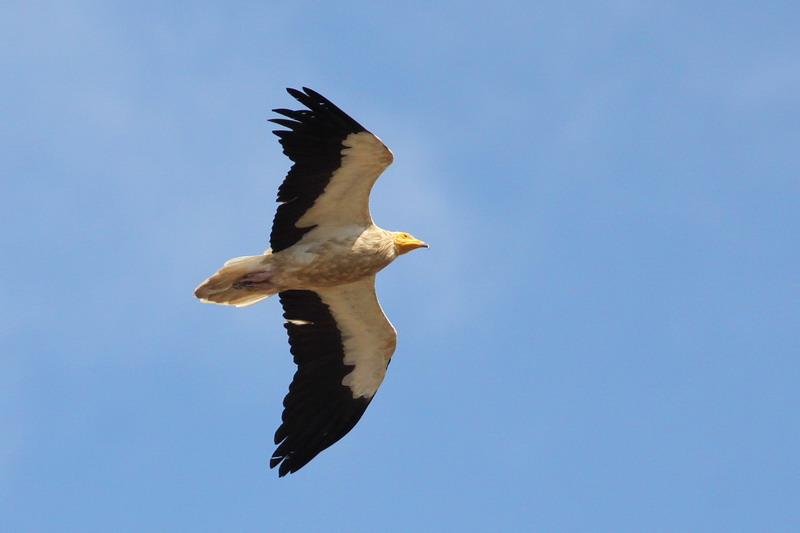 had to return back to north driven by the strong wind: 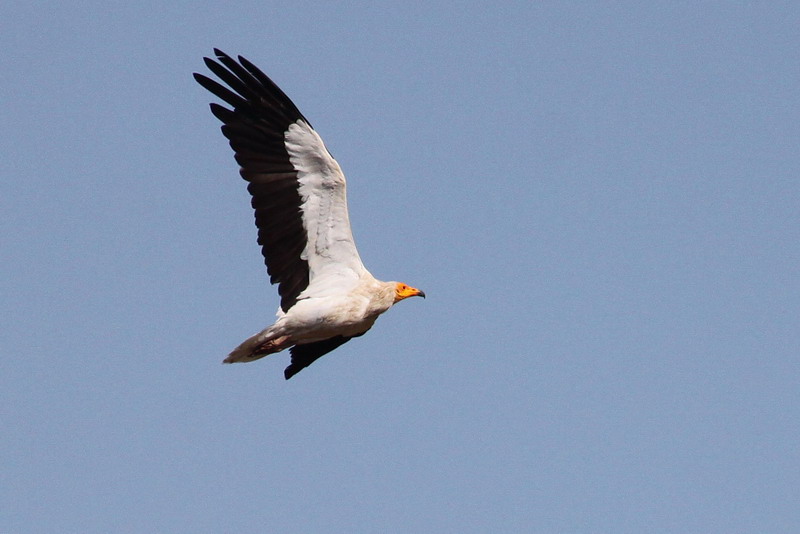 At La Janda a large group of storks was waiting for better weather conditions: 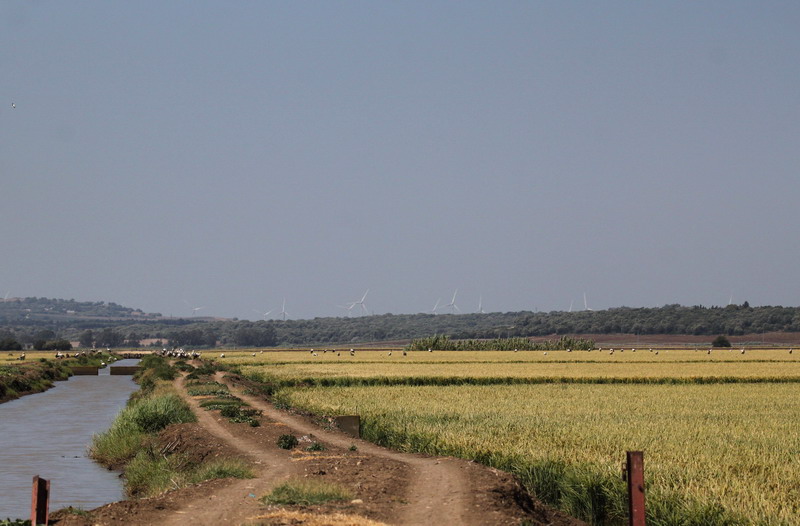 And the glossy ibis? Well very wise they decided 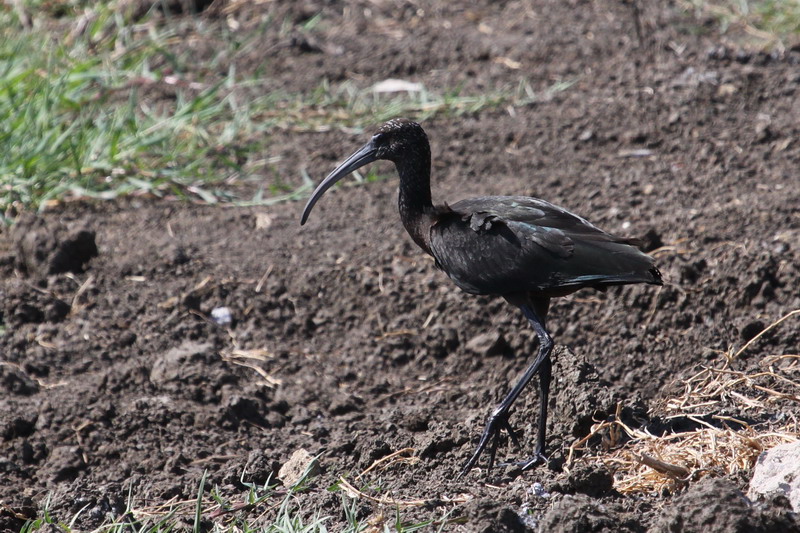 to fly at the very most a few meters away from us and again to sit in the rice field! 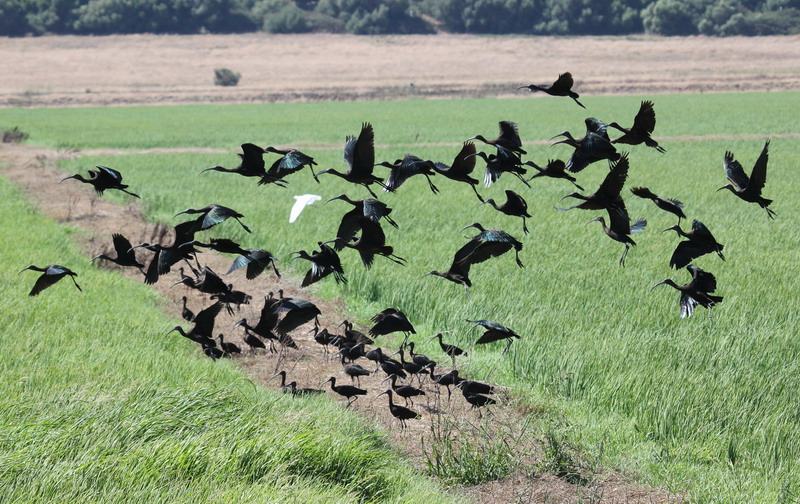 When the sailors at the Strait of Gibraltar have good weather conditions the crossing to Africa is just a breeze for them. On windy days you recognize the numerous risks they have to overcome combined with enormous strain.