unbelievable but true! At Tarifa there was only light Westwind, with temperatures of about 28°C, just terrific, compared with the 42°C at Algeciras only a few miles away. In addition to that the superb view with Tarifa in the foreground on the European side and ... 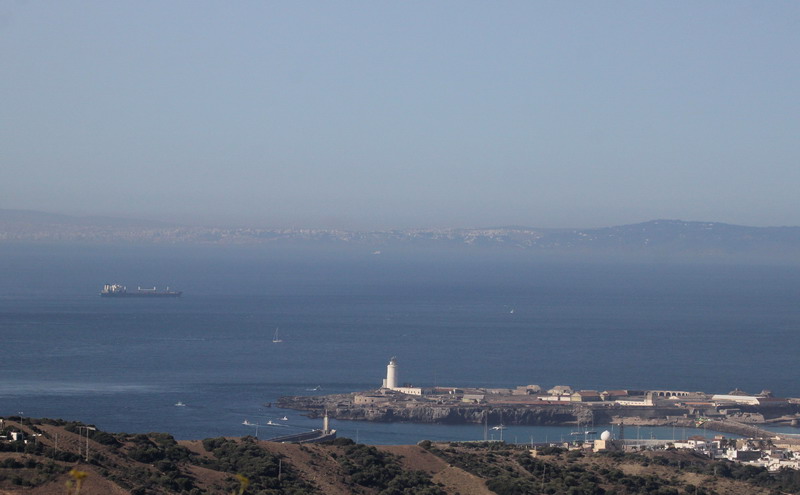 ... Tanger on the opposite African waterside: 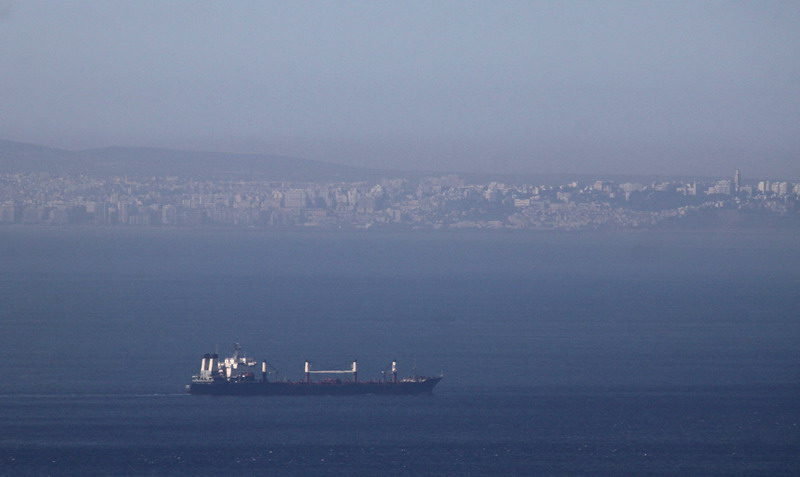 Best migration-weather for raptors and white storks who, without any strain and in no time crossed the Strait. It was pure joy to watch how they appeared and without any problems sailed within a few minutes to Africa. The disadvantage was, that we only could see many birds from far distance. Too far away for making photos, but there were nice sceneries to be seen, as for example an adult Egyptian vulture who together with a young bird was sailing in the same thermal bubble. We also could admire booted eagles in their light and dark morphs or two flocks of white storks (altogether about 400 birds) which headed over the open see for Africa. Just goose bumps feeling pure!

Because of the great distance not many photos could be made, but a few I brought along: 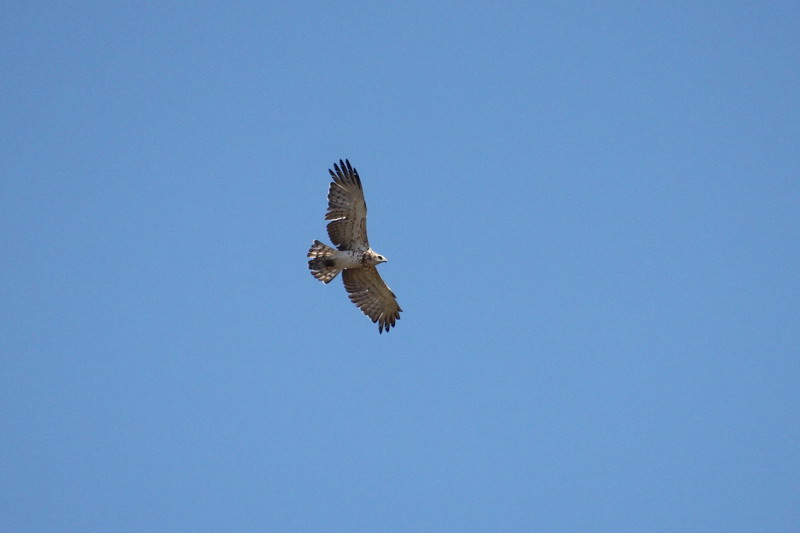 And here a dark-headed short-toed eagle: 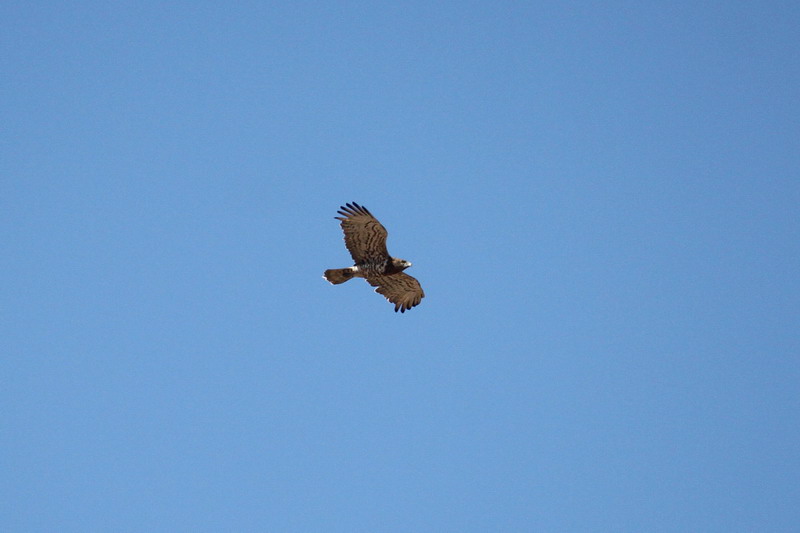 A young Montagu's harrier on its first flight to the African winter habitat: 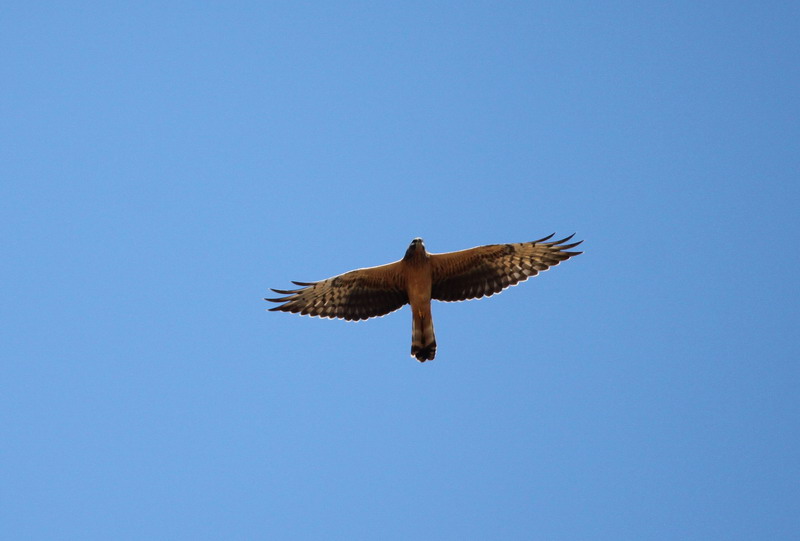 A booted eagle - light morph - on its journey southwards: 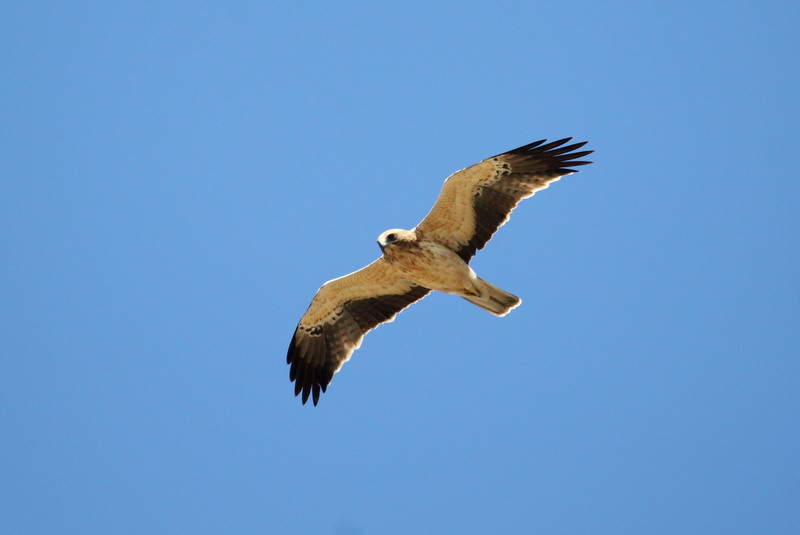 And this short-toed eagle should be a young bird: 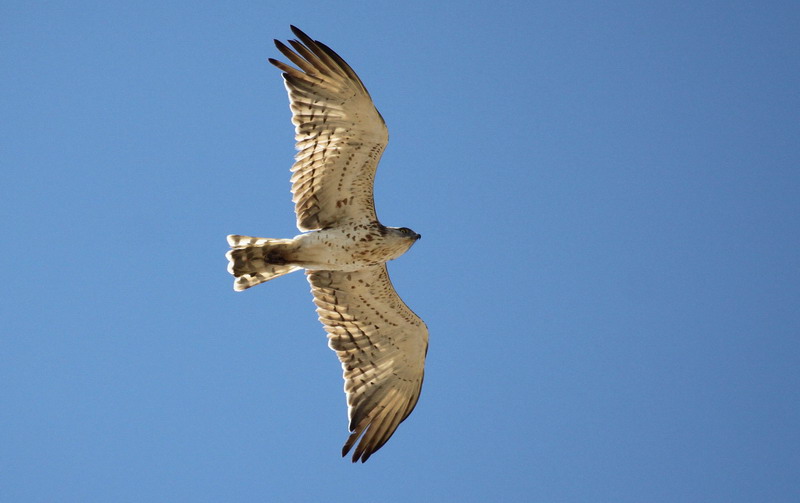 Determined it took its course to Africa, but ... 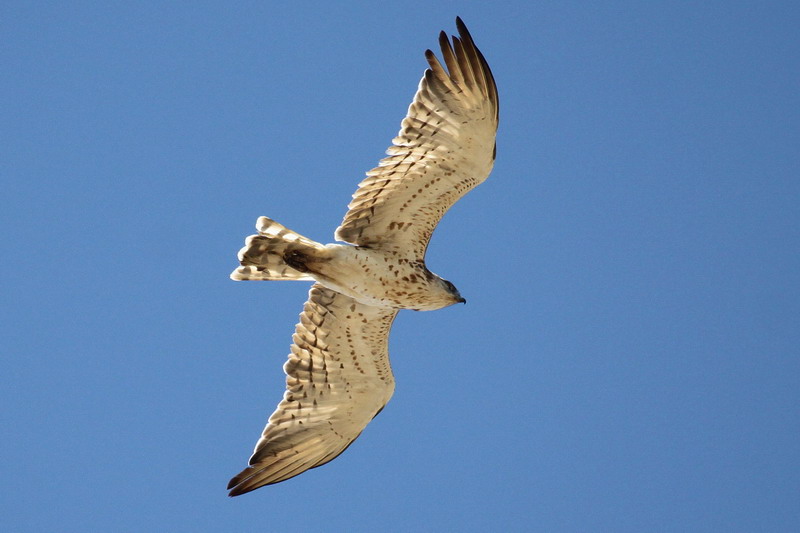 ... still took its time to throw a curious look on us, which made us just happy! 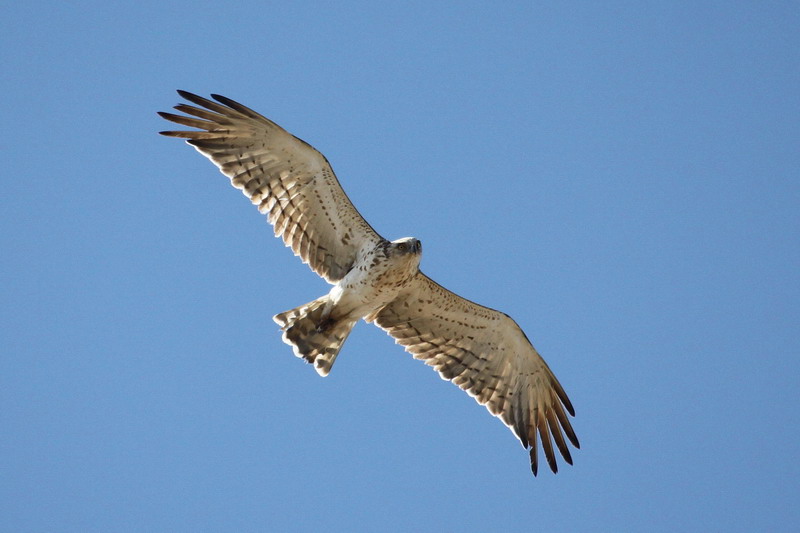 Emotion pure such a bird migration! And maybe one day a photo of my beloved Egyptian vulture can be made!