Also at this weekend we had been at the garbage dump of Los Barrios, to admire the agile black kites, which make a break on their migration to the north in this fast food restaurant *Mac Waste*.

But at first not a sign of black kites: 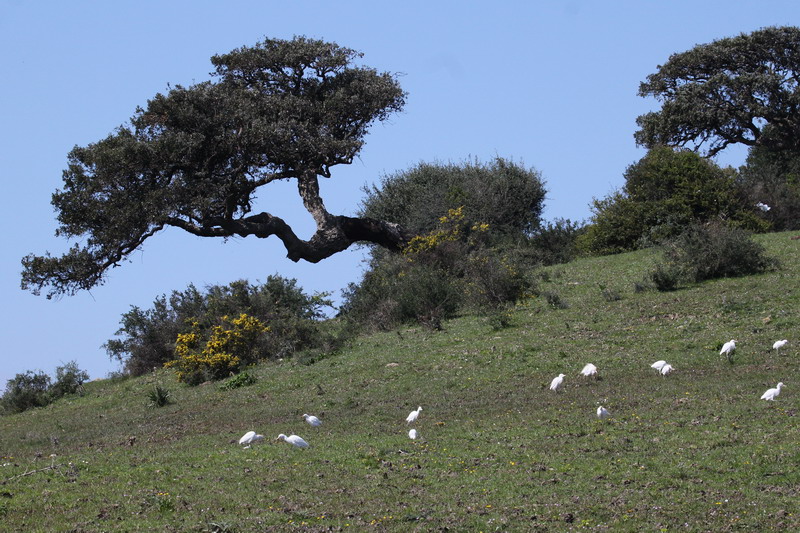 Also the cattle egrets didn't provide us with information: 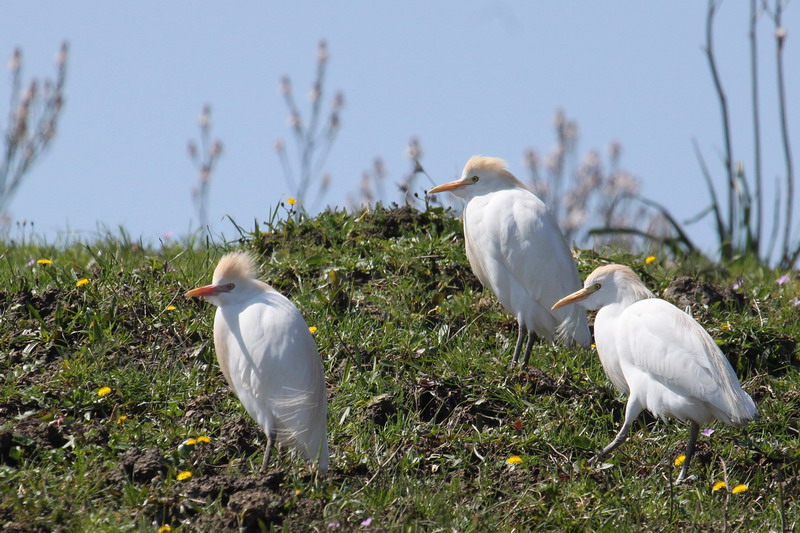 But then  something frightened the kites at the garbage dump and they flew up. They came from all the hangars and heaps of the disposal site. In flocks which my photos could not catch. There were hundreds and hundreds! 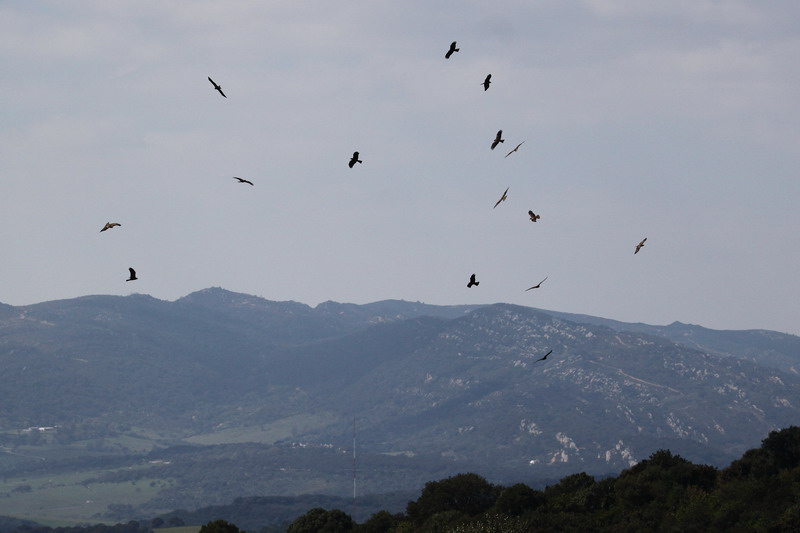 It is just terrific to be able to 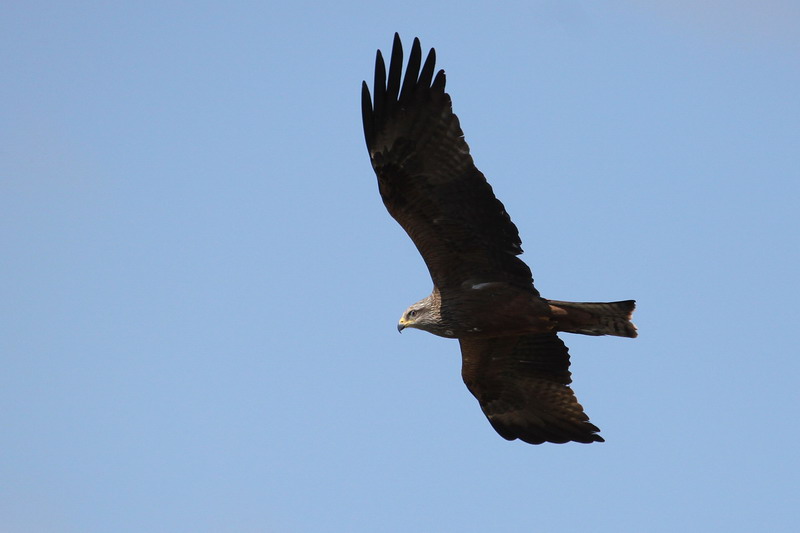 watch these elegant agile flyers from so nearby: 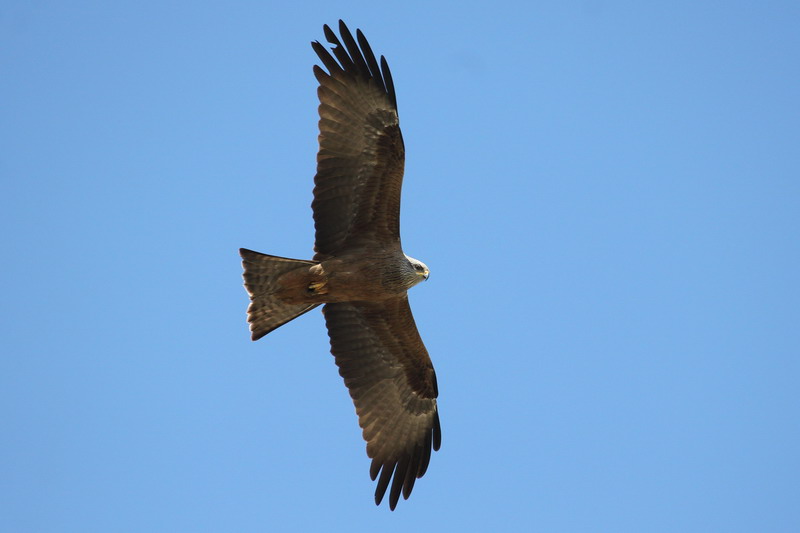 And the now following photos show, how the black kites snatch away food from each other in flight. With speeds you hardly can follow! I just pushed the button for automatic continuation.

On the right side the attacker: 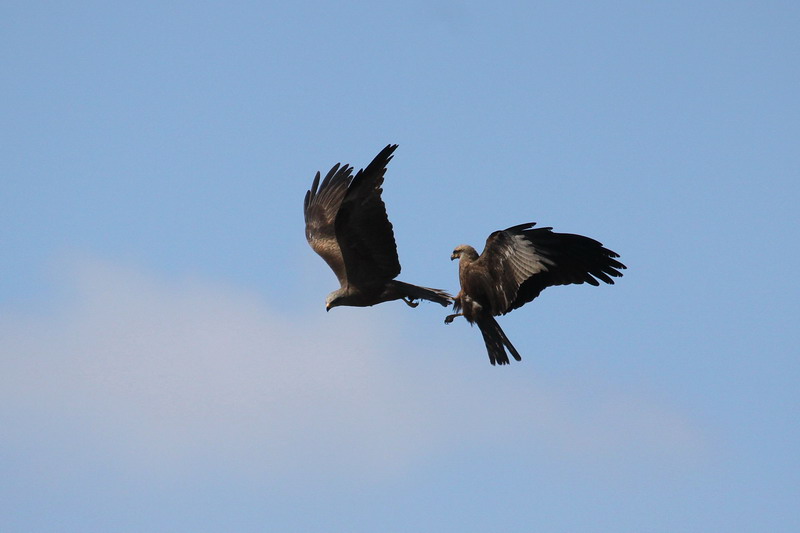 The bird with the prey tries to escape the attacker by diving: 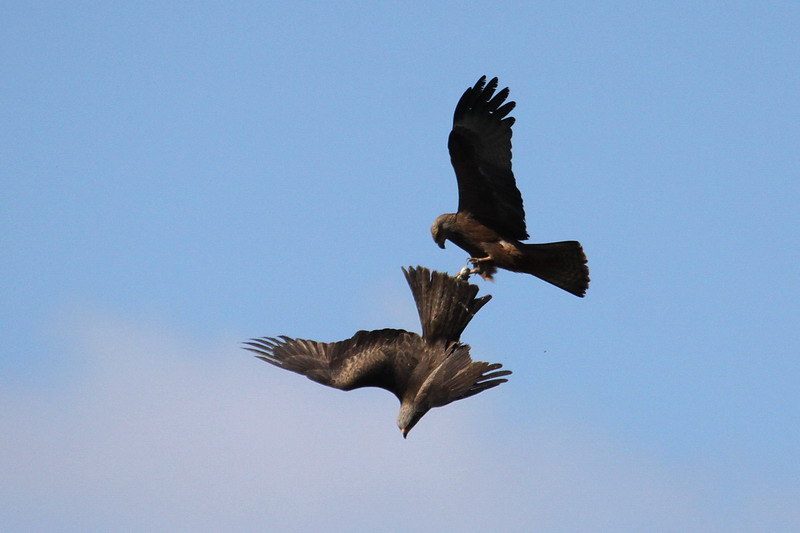 But that is not so easy. The attacker now also has grabbed the prey with his claws: 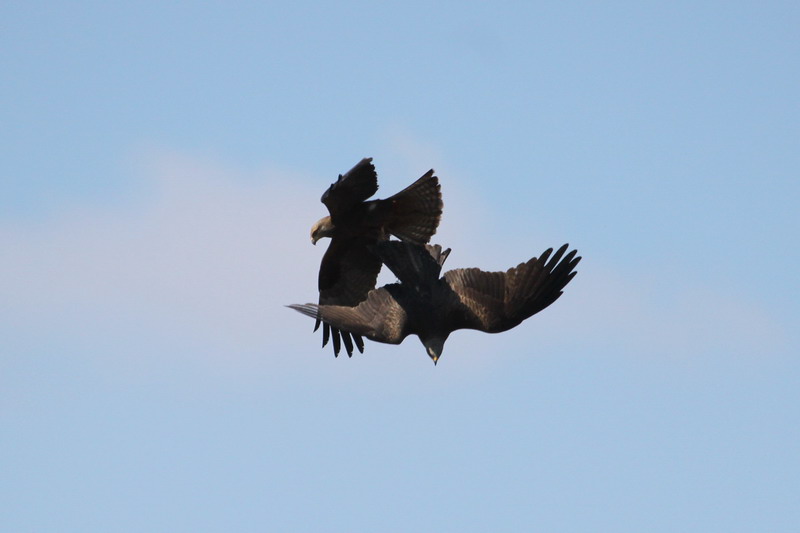 And so the piece of prey is torn apart and each one gets a piece: 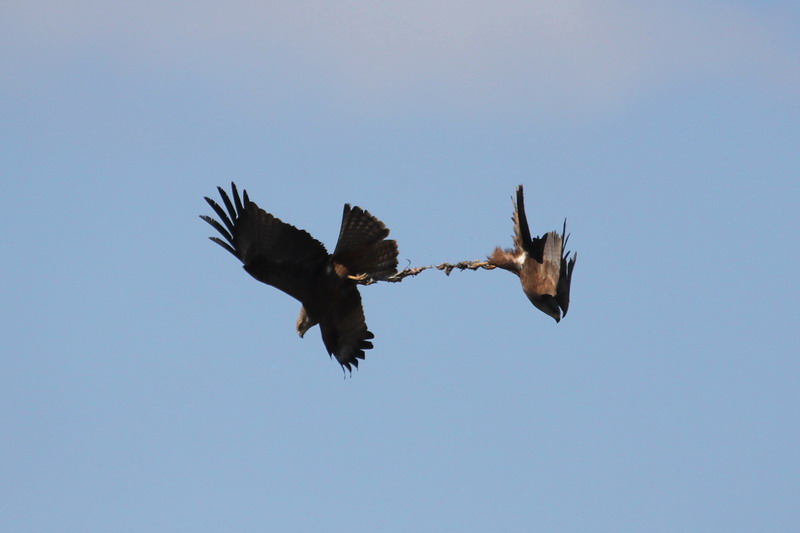 Best regards from the garbage dump