Since one week the Stripeless Tree Frogs are active again and every evening start their powerful-voiced concert. 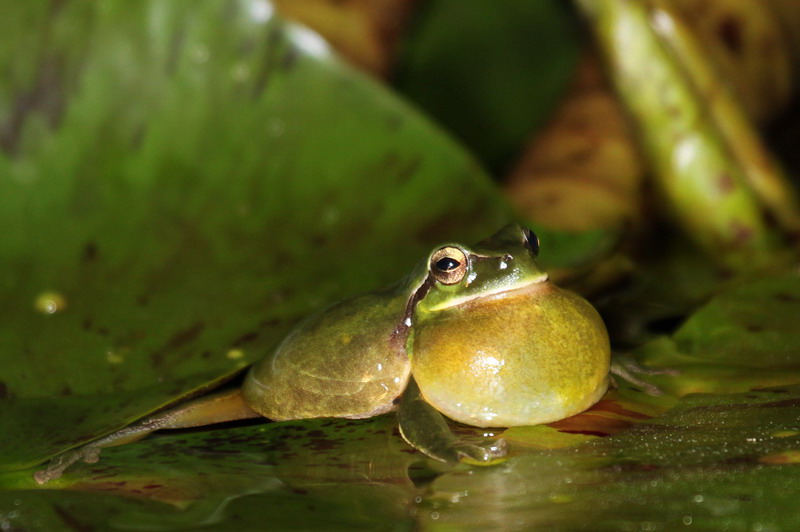 The small green one tries to sneak around its brown rival to come to his territory: 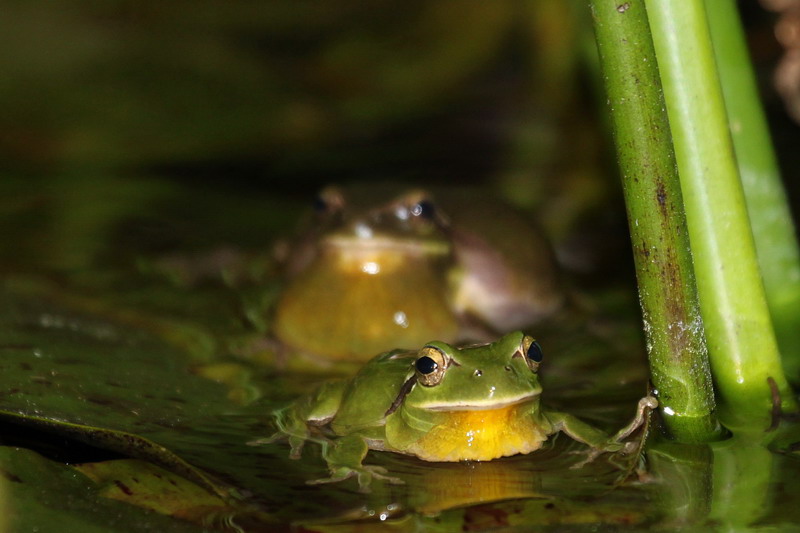 But he followed him wrathfully and our small green one has no other choice but to accept the challenge for a fight: 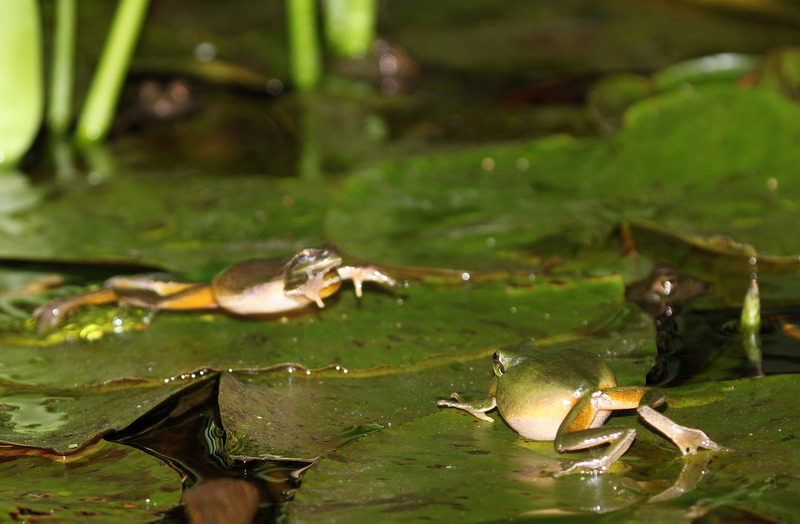 Both greenbacks fill up with air to look extremely scary: 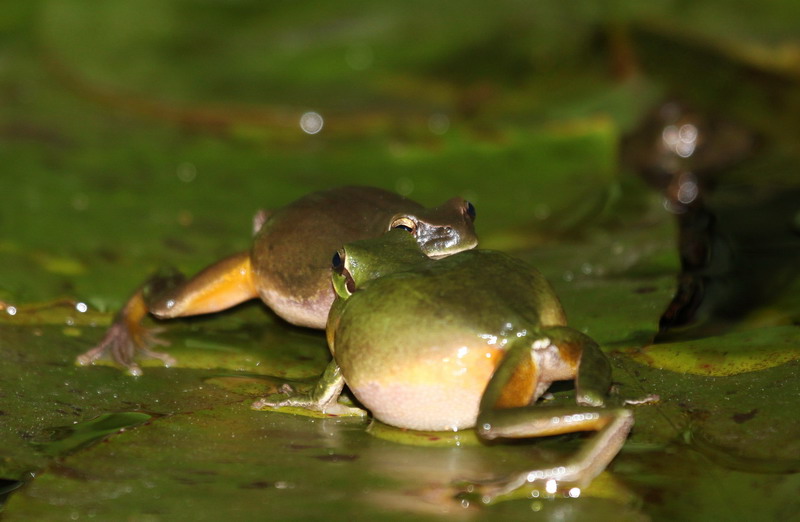 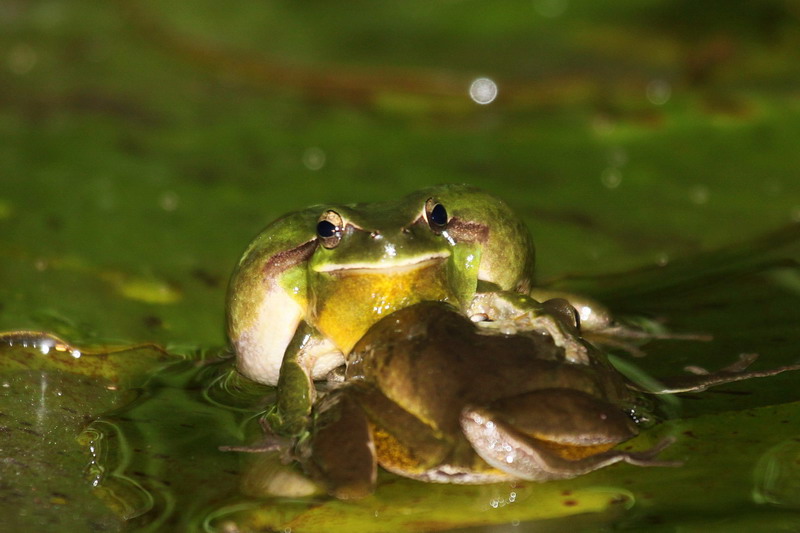 by hook or by crook to 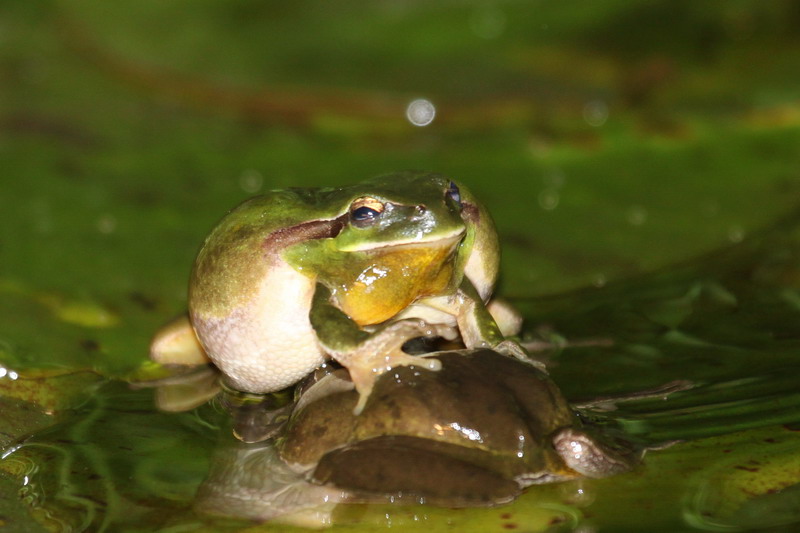 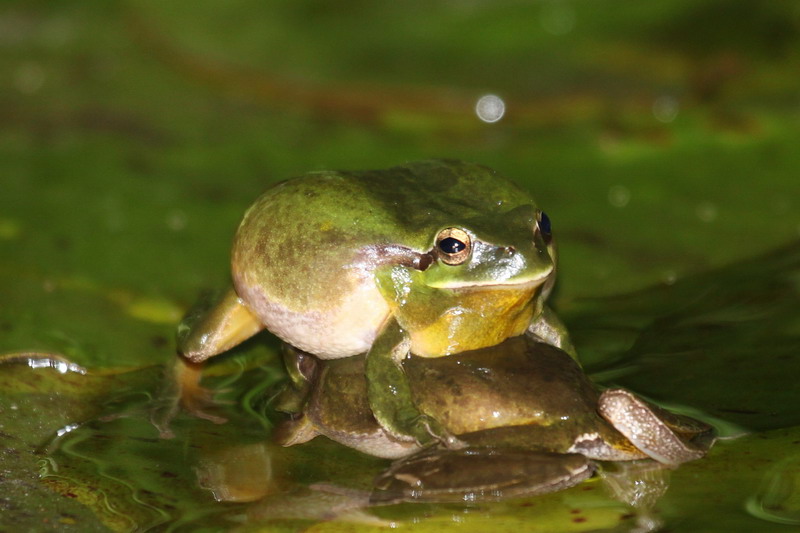 But the brown one defends himself, and therefore it does not help trying to silence him up with a decisive grip against the laryngeal sac 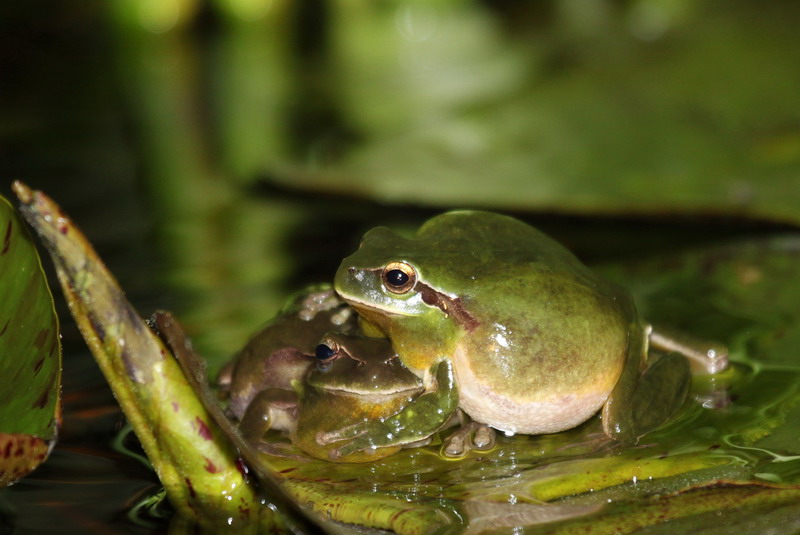 And that's how quick luck can turn: 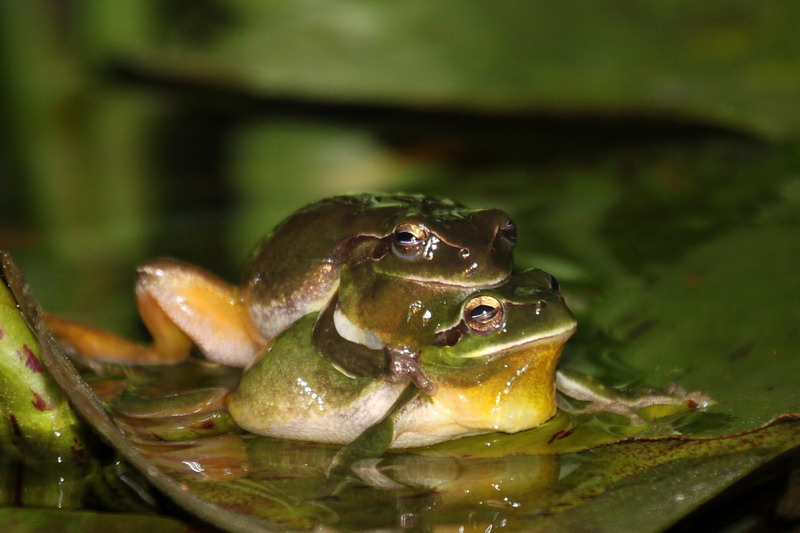 The brown one clearly comes off as the winner: 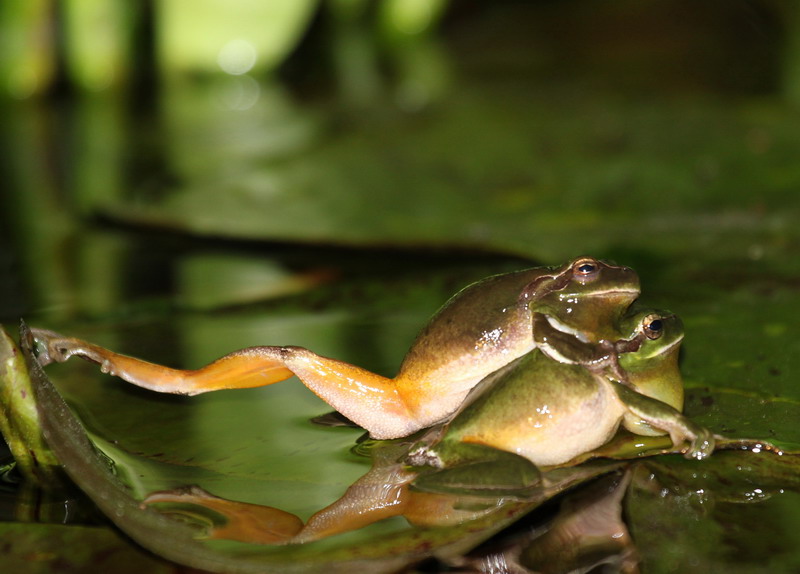 Bye, then I shall look for another territory!" 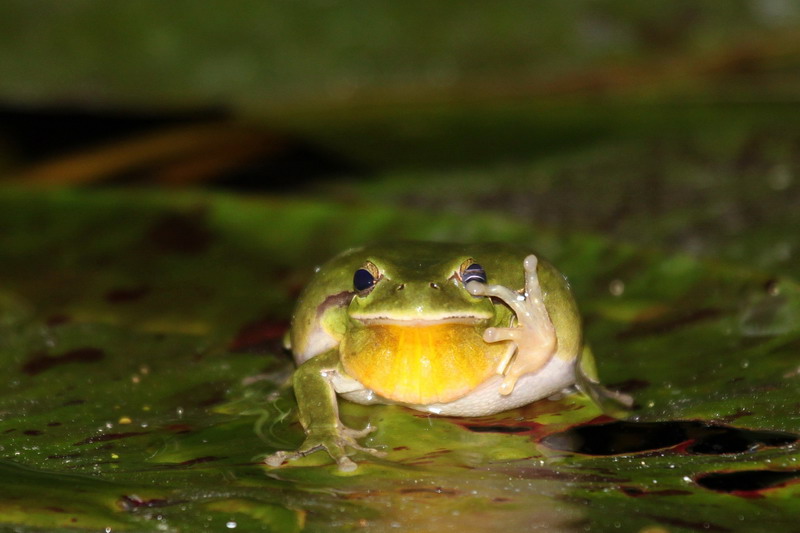 These figths one only can watch with a big grin, because never any frog was hurt.