Development of a pond or how out of a piece of decorative lawn became a biotope.

October 7 2006: In the very early morning was the start. The 'pre-marked', pear formed pit for the future pond was excavated: 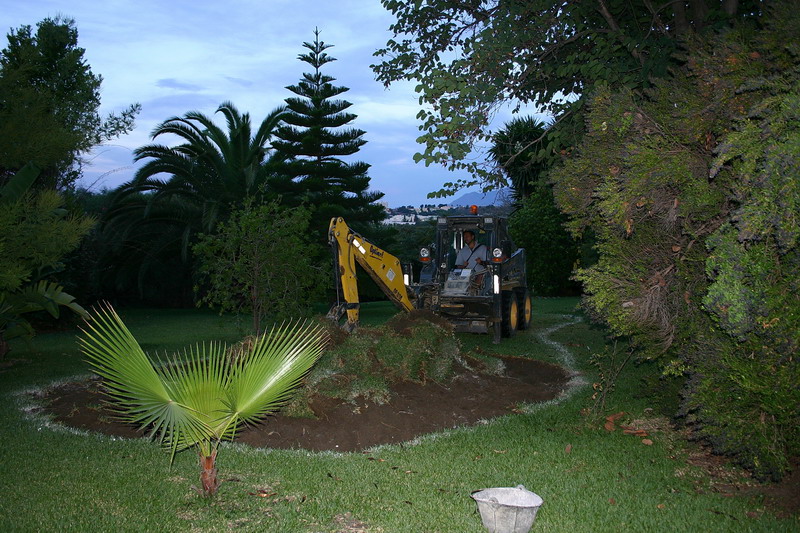 October 12 2006: The steps for the shallow water zone were finished. The narrow part of the "pear" should stay as a pure shallow water zone, that the birds can easily take their baths. On the deepest point the pond will be 1 meter deep. The drainage is also installed and the hole filled with sand: 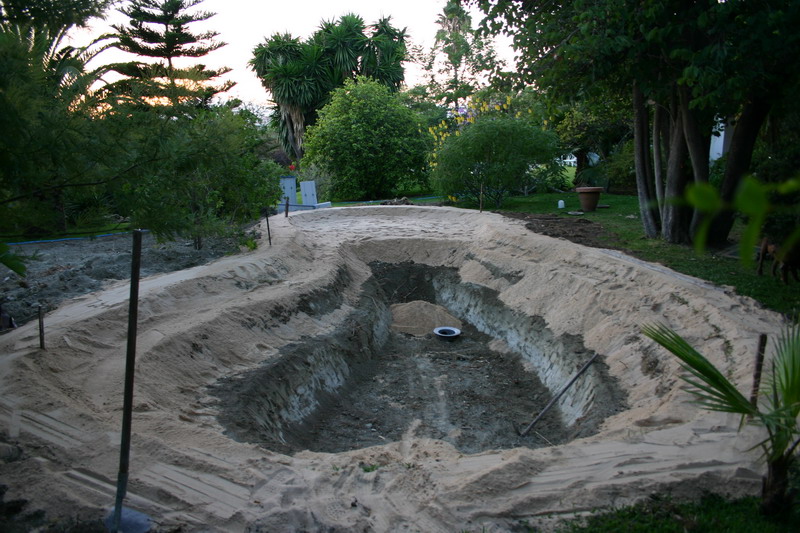 October 13 2006: To place the foil for the pond as soft as possible, we first layed fleece: 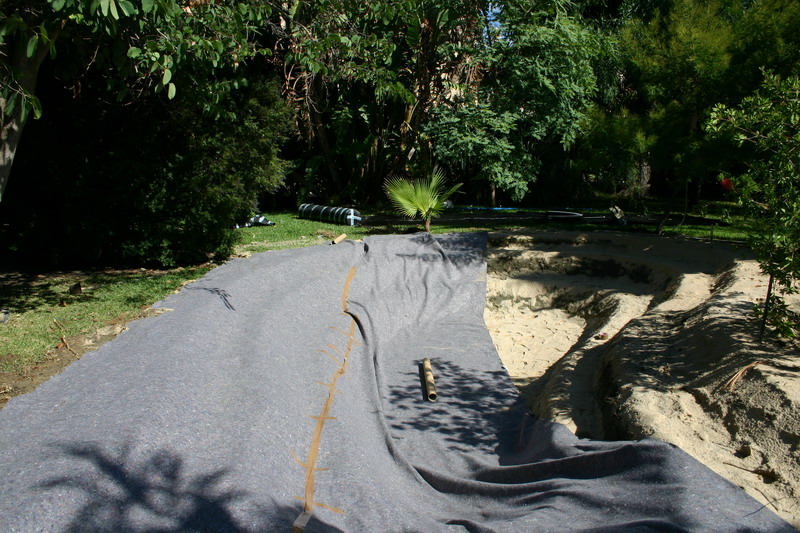 October 14 2006: Above comes the long layer of the foil, this of course had to be glued together on some places. The unavoidable wrinkles later disturbed not at all. First of all they will never to be seen again and the tadpoles and other residents in the water surely will use them as a hiding place: 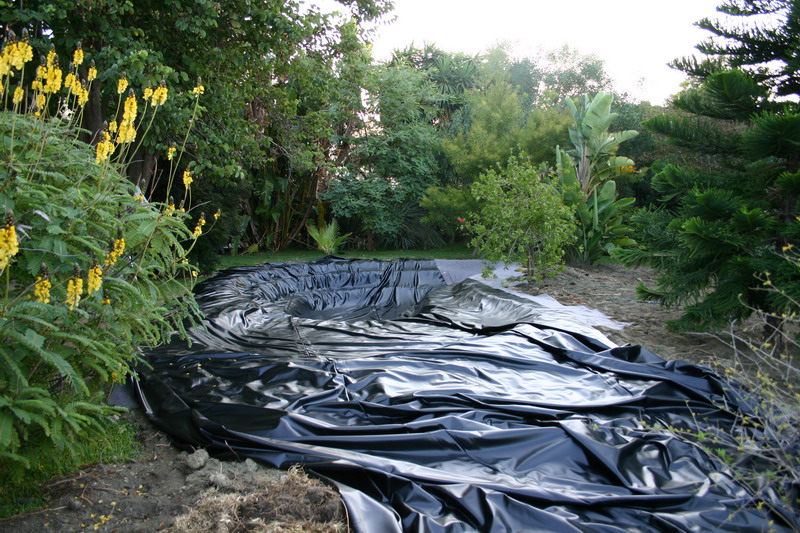 October 14 2006: Actually we should have followed the instructions on the bag and wait for 24 hours. But we took the risk before! And it worked fine! 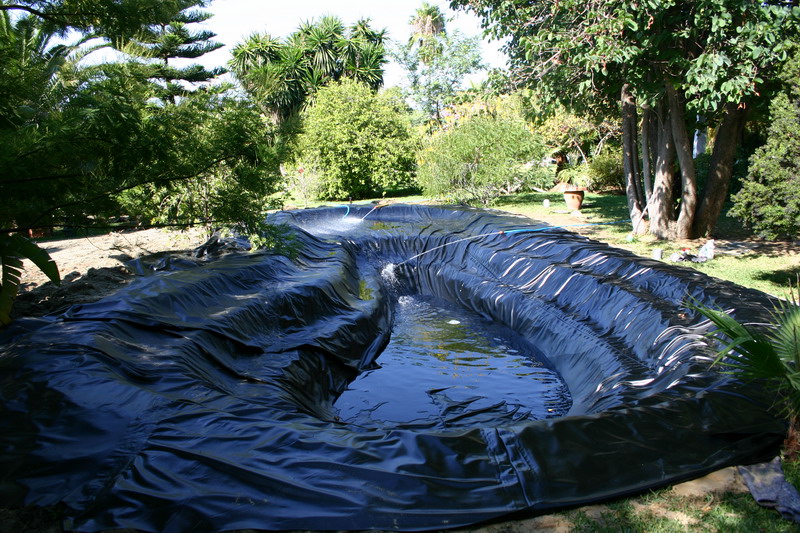 October 20 2006: The first plants are placed. Well, will they grow? That looks frightening bleak! 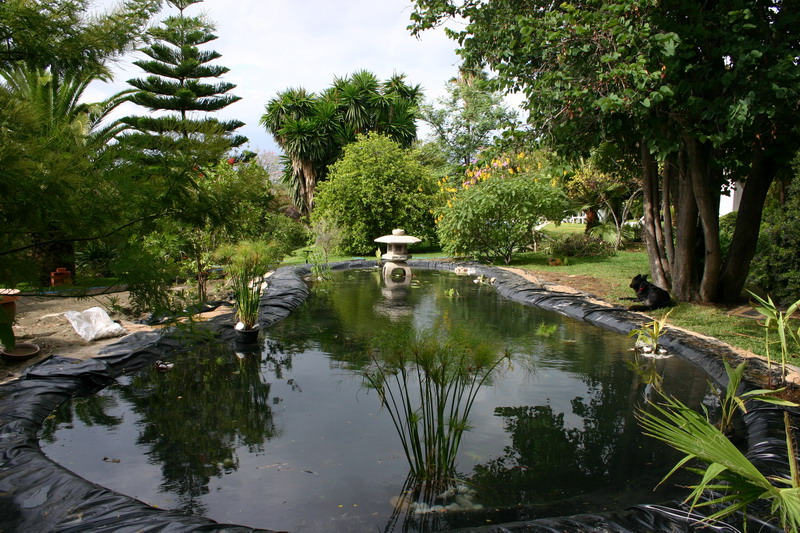 October 30 2006: The edge plates are also put. Everything still looks bleak and empty! 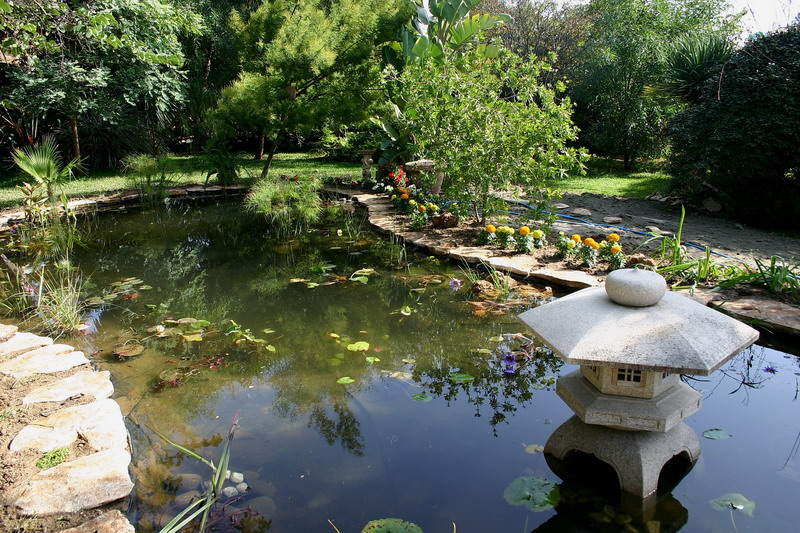 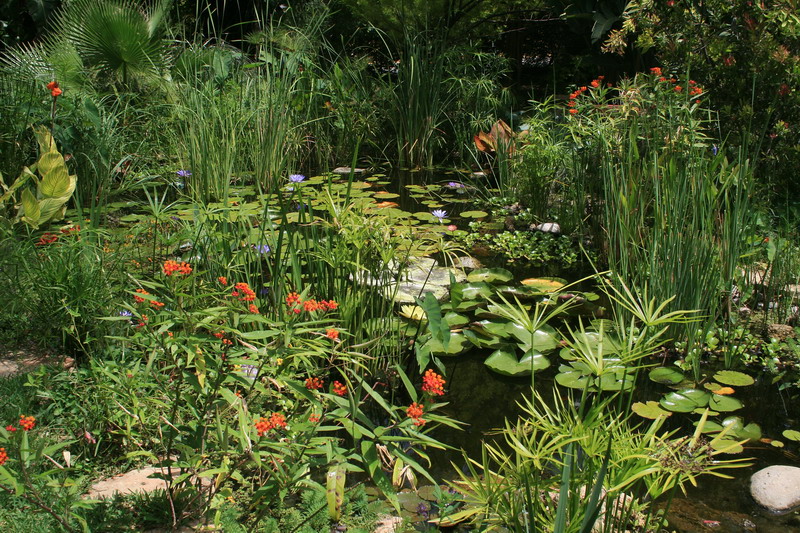 Here another photo from the same day: 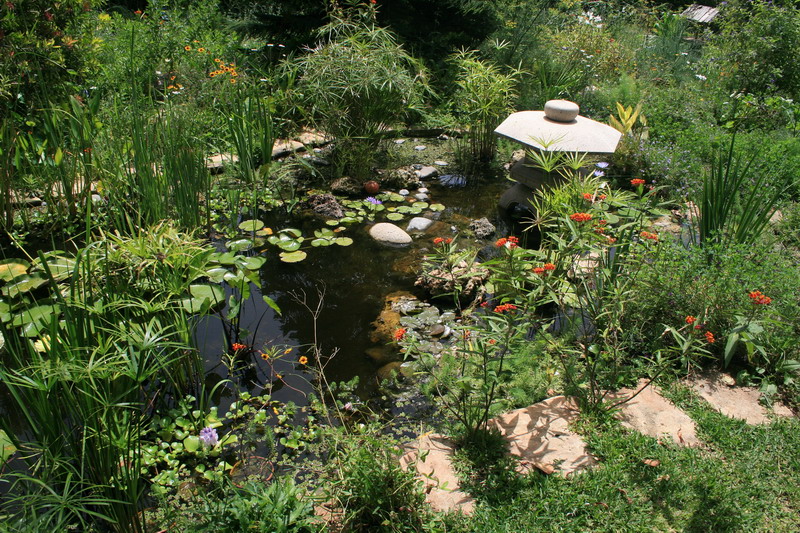 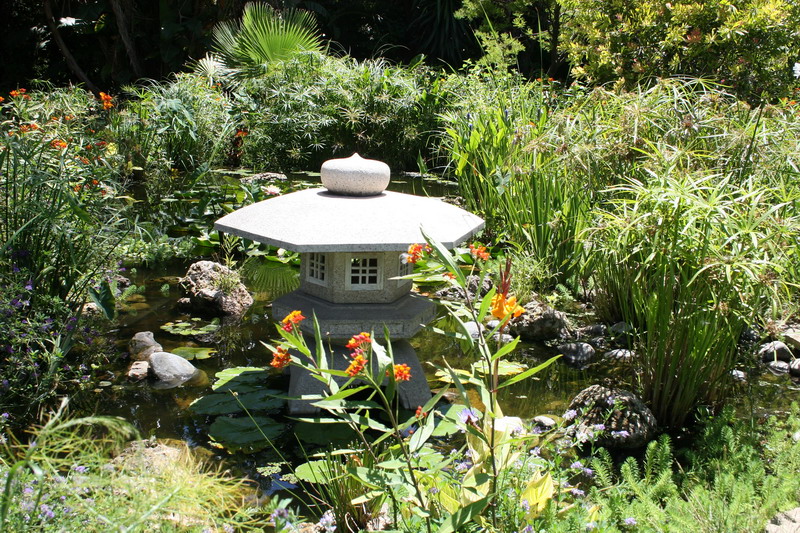 those photos. Here you can see the life raft' island made out of four discs of wood, which are swimming in the form of a cloverleaf in the deeper part of the pond and is anchored with heavy stones. Because some thirsty birds are landing on the lily pads to drink and often got into panic. So now there is an island for all none swimmer on which they can feel to be on firm ground: 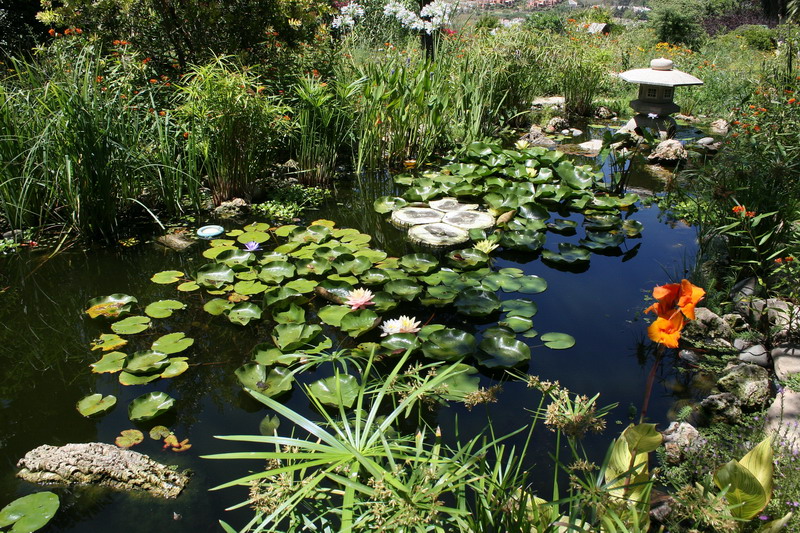 Which species of water inhabitant very soon arrived I shall tell elsewhere. Here I just would like to point out, that I did not put fishes or any other animal into the pond. I just wanted to look, who is coming by itself and let everything up to the nature. Of course I also did not install any pumps, which could suck off valuable spawn or larvas. Such circulating pumps are not necessary at all, because all this various water plants regulate the oxygenation conditions perfectly and the water is very clear also today.

Only in the beginning of the hot weather period in early spring time - before the lily pads are on the pond-surface again and contribute to the oxygenation conditions - an 'overgrowth' of algae happens. Then I fish some out, whereby I make sure, that no water snails are in it. These of course I put immediately back into the water. As soon as all water plants woke up from the winter rest, the algal formation immediately stops. The rest algae I just keep in the pond, because not only the water snails like them as nourishment they also serve as spawning for the pond frogs (rana perezi) and later their tadpoles are richly served there!

Most work to be done is due to the big leaf tree, just beside of the pond, when it´s losing its leaves. As far as possible I take them out every day with a landing net. It is lots of work, but the tree provides during the summer so nice shade that it must remain! This also the sparrows, which are twittering in flocks in it, think!

Never again I would like to be without such a pond! It is just wonderful how its breathing life into the garden!!!