Just too nice, that the sound of frogs is to be heard in the garden again!

Here a few of the latest photos.

As well the liferaft as also 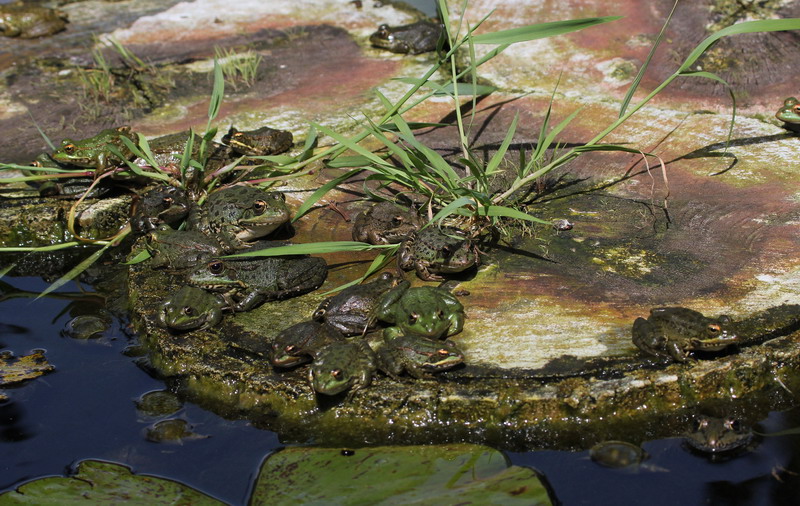 the cork-boat are very well visited in good weather: 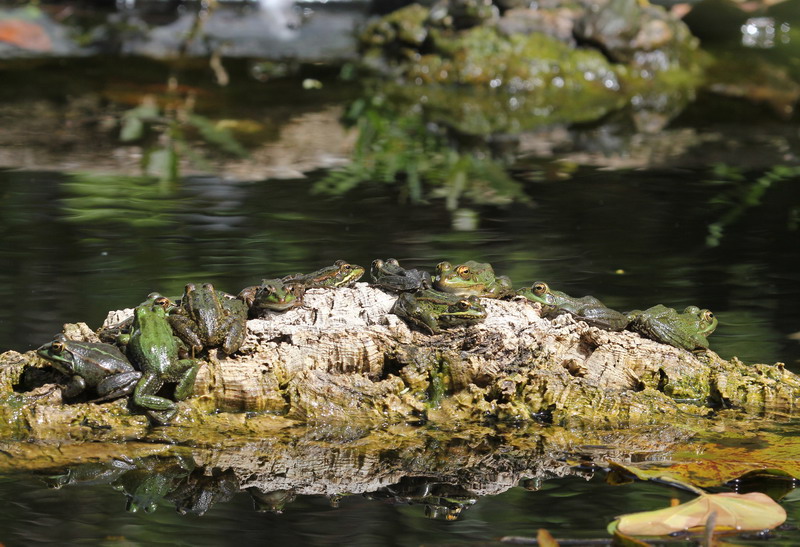 "Hopefully nobody wants to take away this lily pad from me: 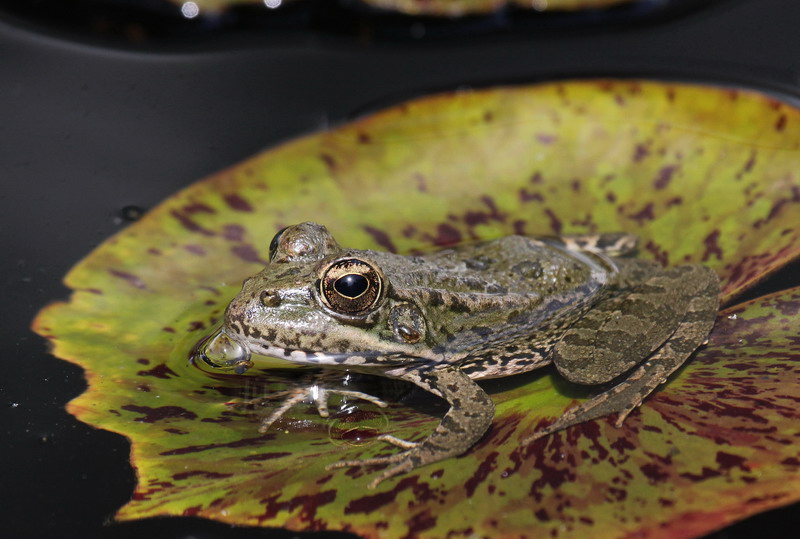 Such concerns are justified: 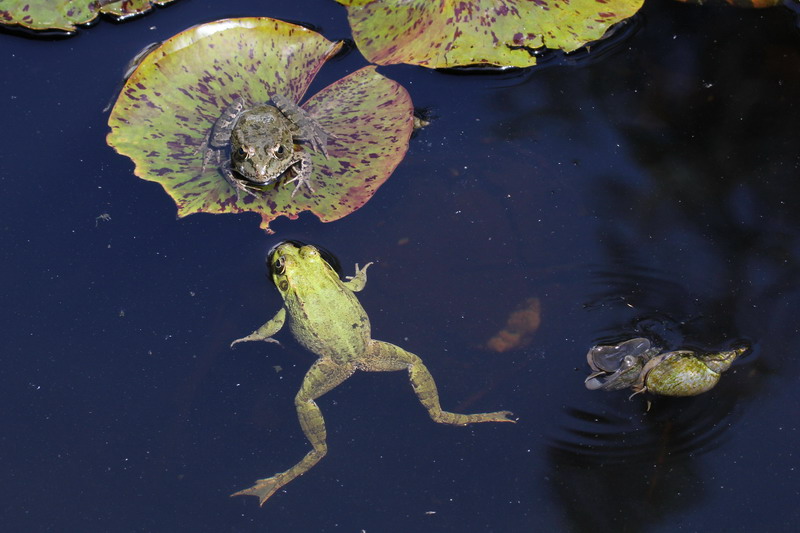 "That cannot be true! On my lily pad already a rival took place!" 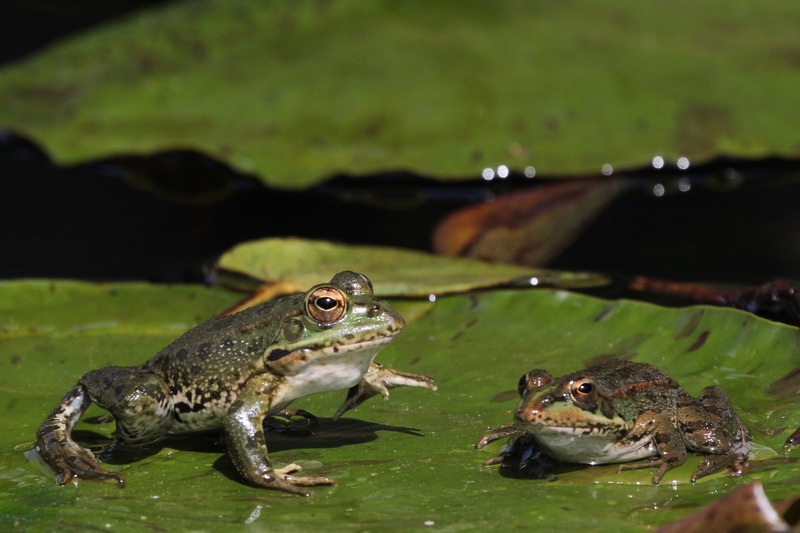 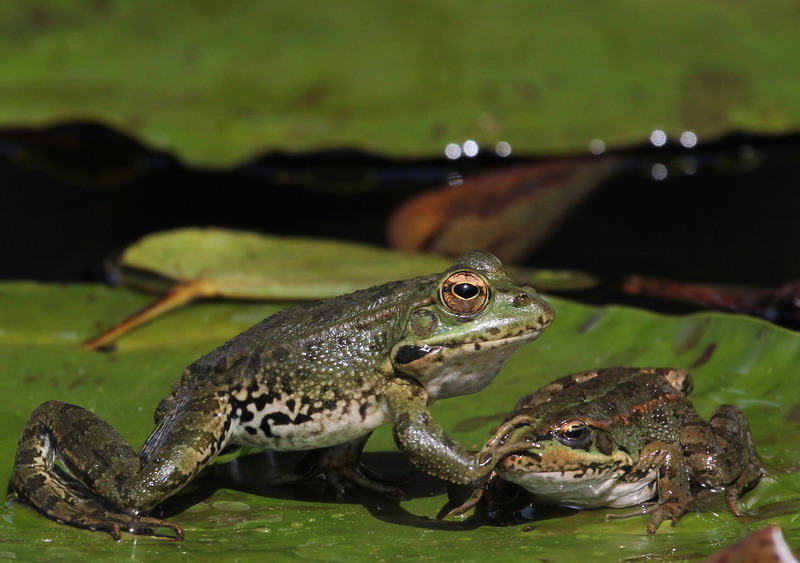 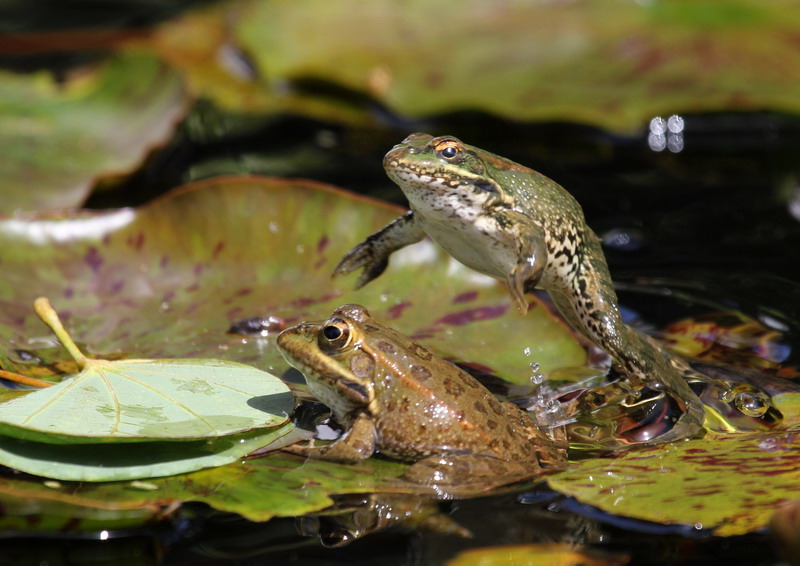 also with the famous kicks: 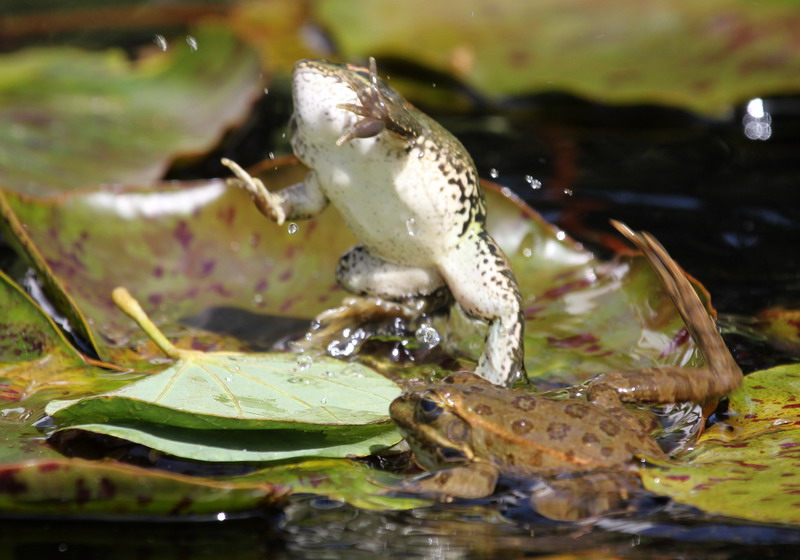 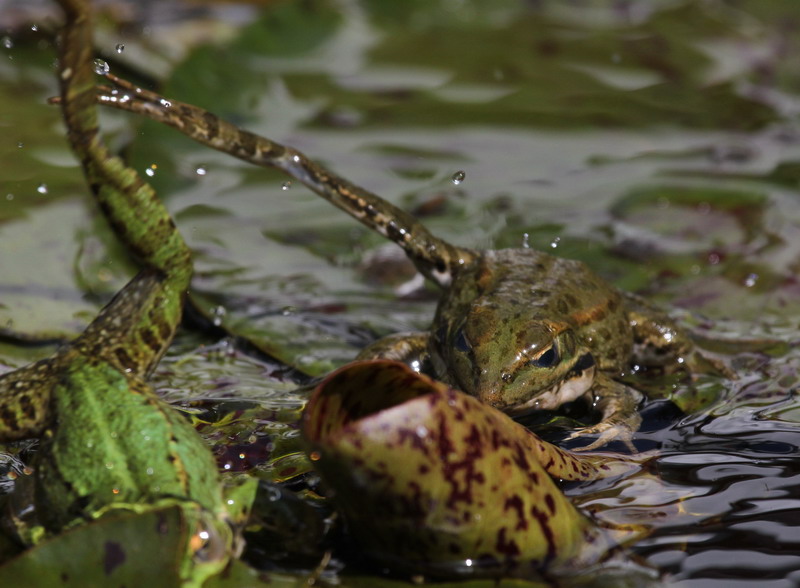 Such arguments are always announced by outraged croaking: 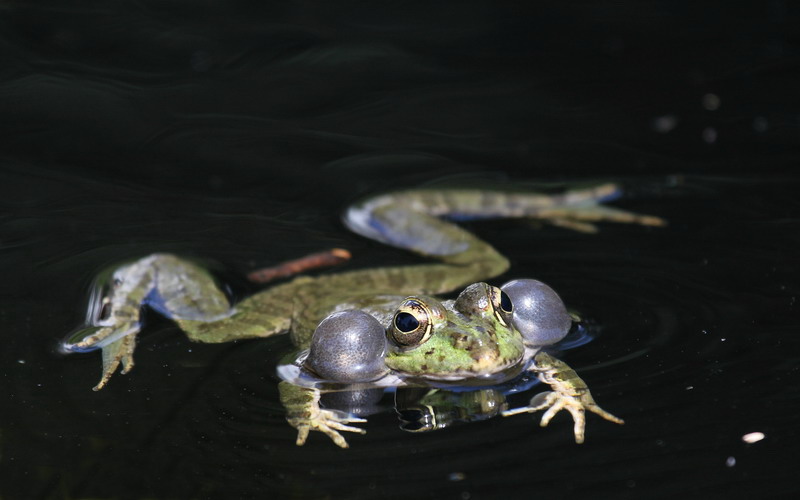 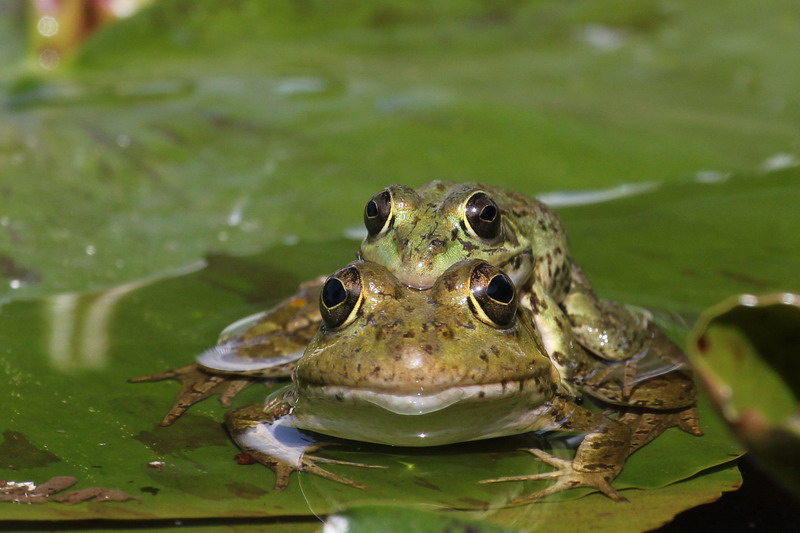 And the lower part of the pond is full of spawn. In the algas are already swimming tiny little tadpoles of greenbacks 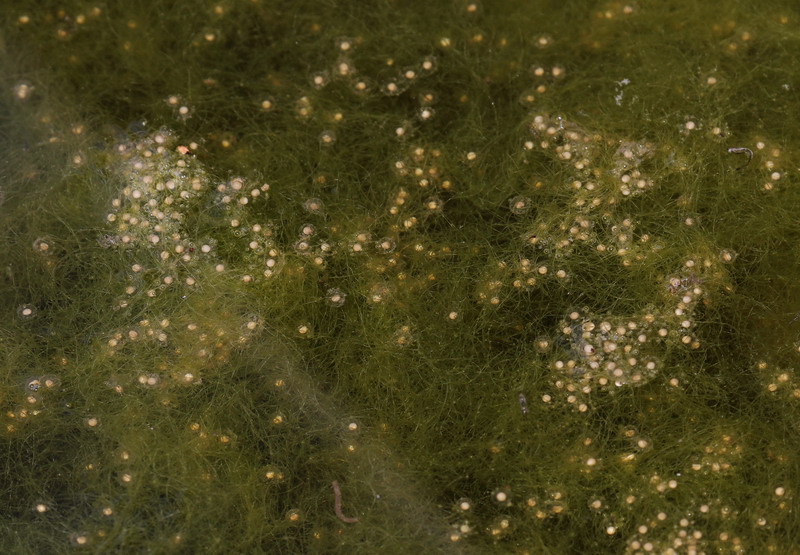