The following photos describe the developmental stages in the live of the Iberian water frogs (rana perezi). All photos were made at the home biotope. So these are open land photos.

While mating the smaller male clutches under the females armpits. This honeymoon can take hours, during which the female is not at all hesitating to go for fly catching, whereby she is always carrying the male piggy-back with her. The male brings himself quite often to mind with quiet sounds and jerky movements in remembrance, but it is the lady of his heart, who calls the tune. It is the female who decides where to swim together and on which rock will be the honeymoon. These couples are stoutly expelled from the rest of the frog population out of their territories. It is the males business to fight off any attackers with a skilful kick. And the females duty is to find a quiet place: 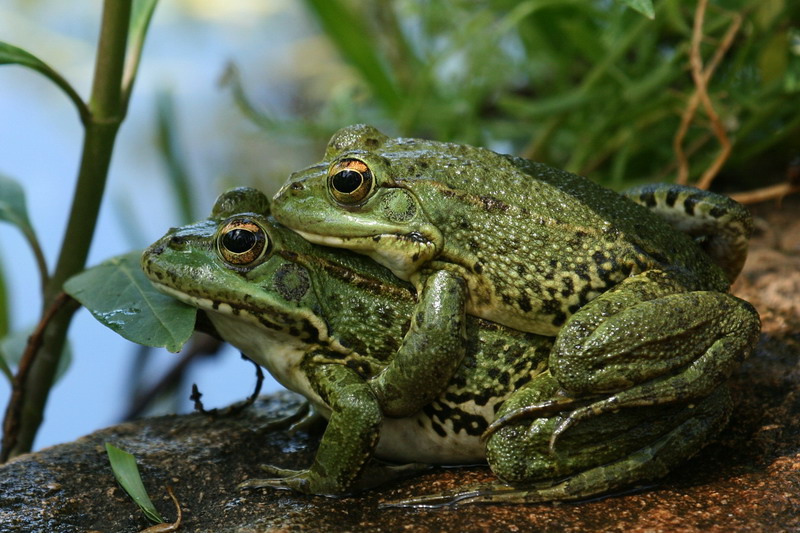 At a time it comes to the point that the frog couple submerges to spawn: 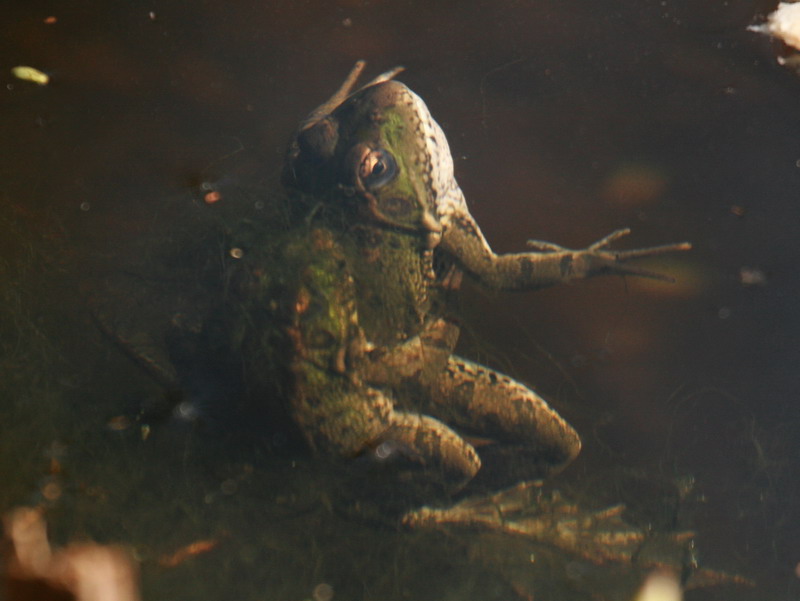 The female sticks - thanks to a adhesive cover, with which the eggs are enclosed- its pinpoint eggs onto the underwater plants, where they are inseminated by the male: 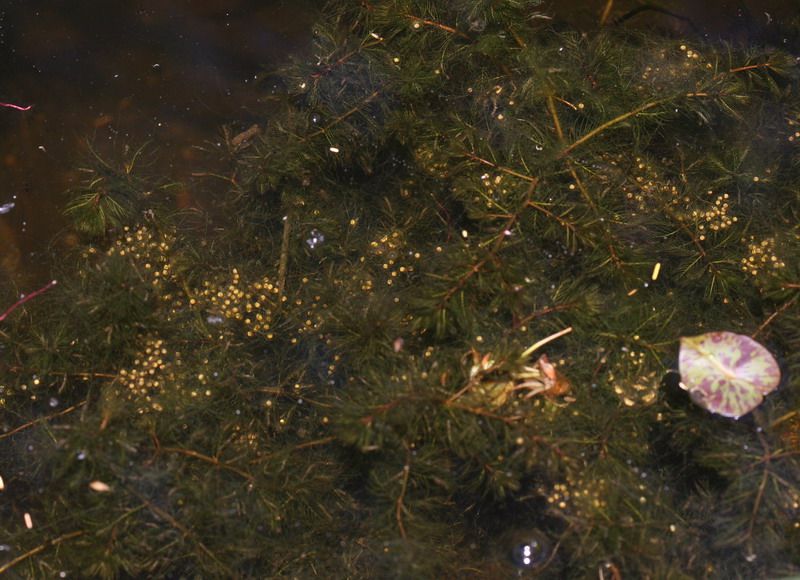 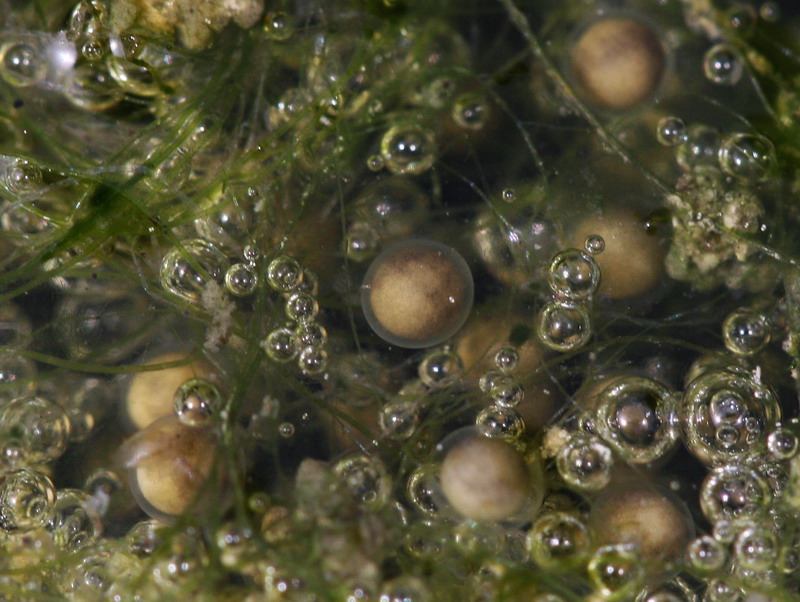 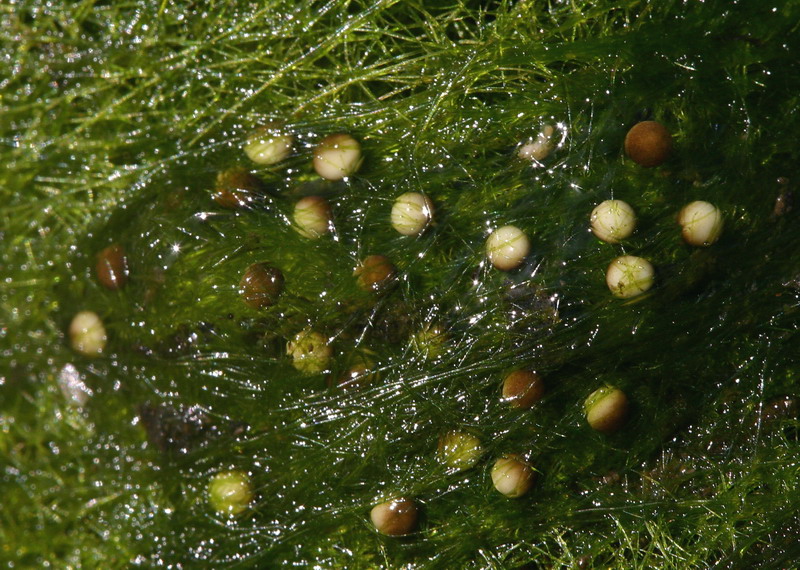 within the next 20 hours many more cell divisions take place until the core consists of 8000 - 16000 single cells. This photo shows that the cores of the eggs already became a two cell version: 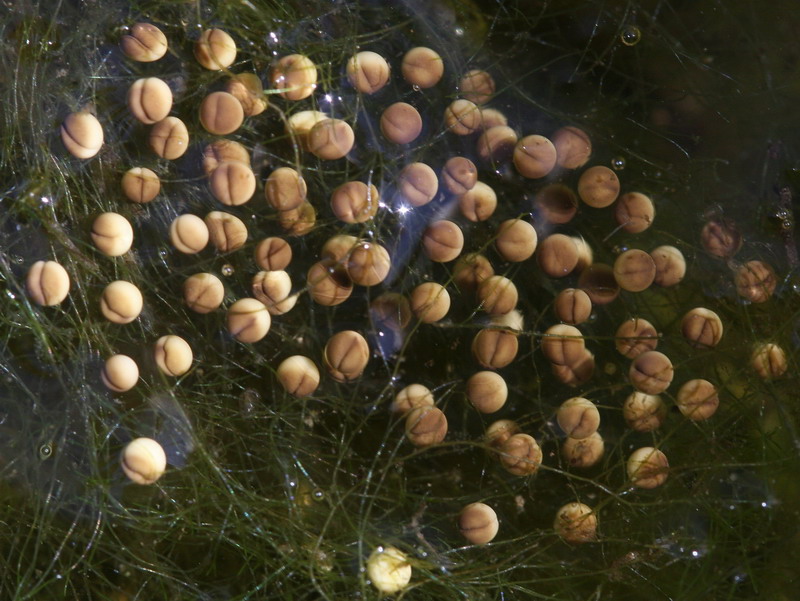 Clearly to recognize is now the deformation. A stage in which inside the organs of the hatching develop: 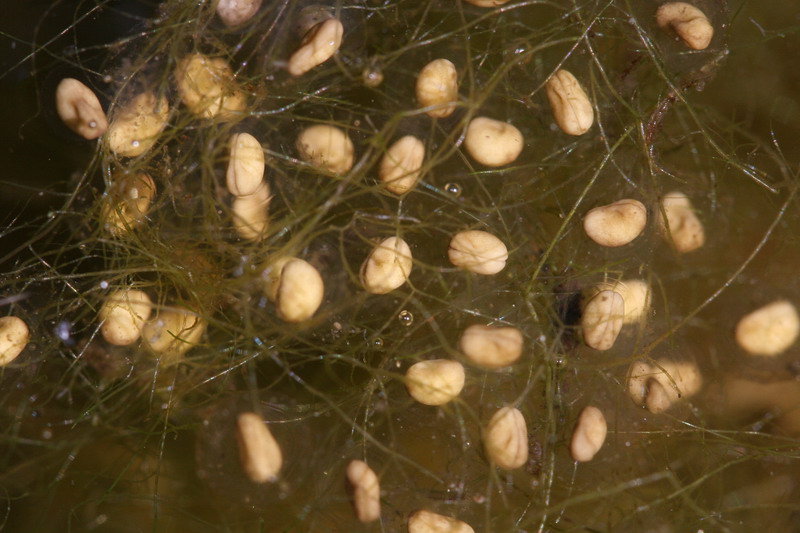 The hatching shortly before they leave the shell and start their life as tadpot: 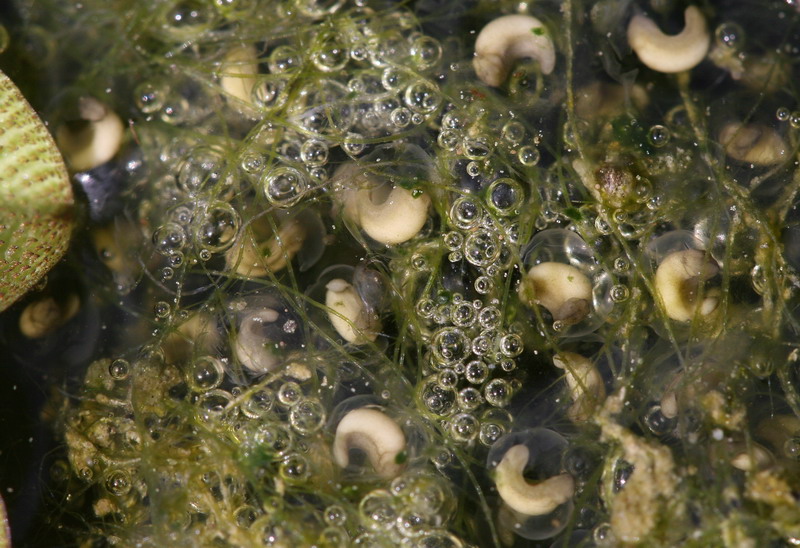 The hatching made it! They developed to tadpots: 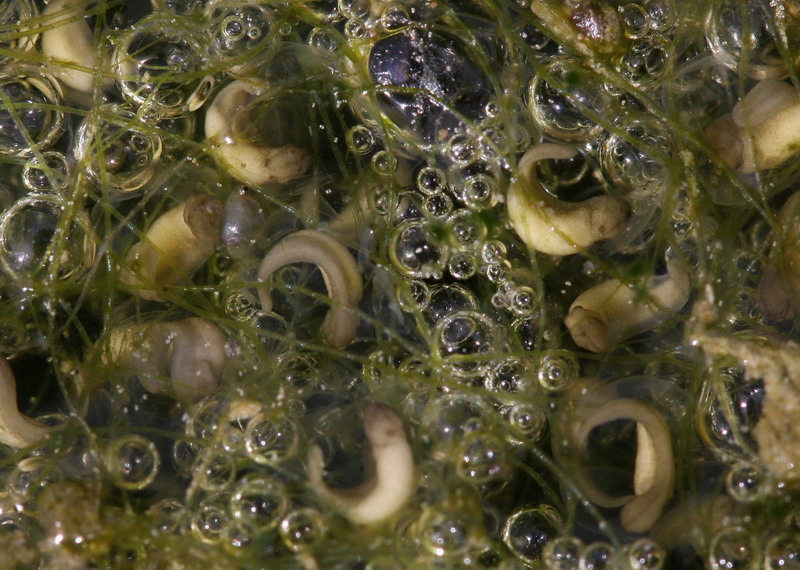 This underwater photo shows a school of tadpots looking for food. Taken are mostly Algas and parts of rotting foliage (Detritus), but also pollen and sand. 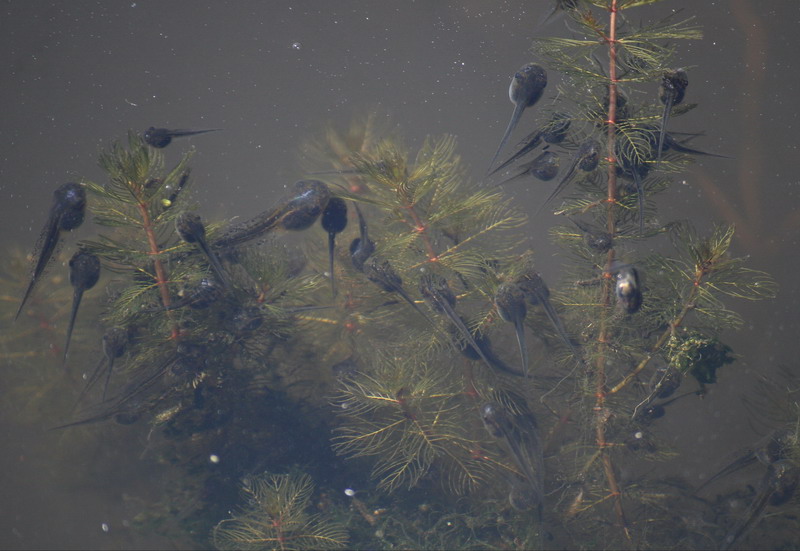