Green Frogs - with the attempt of cannibalism
May 23 2012

That's how it looks at the moment . 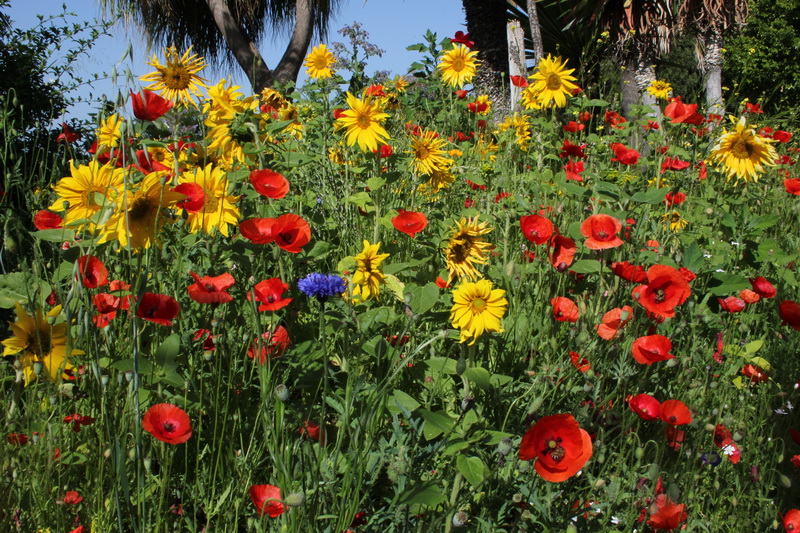 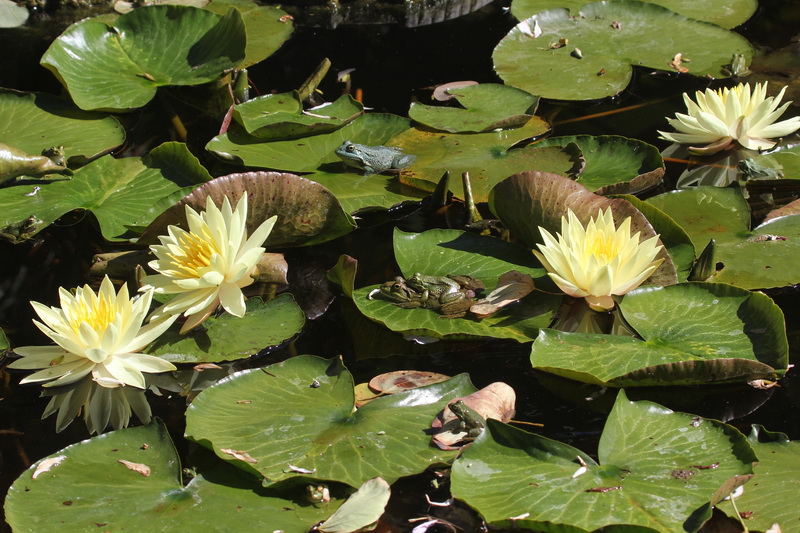 Mating season is in full swing and 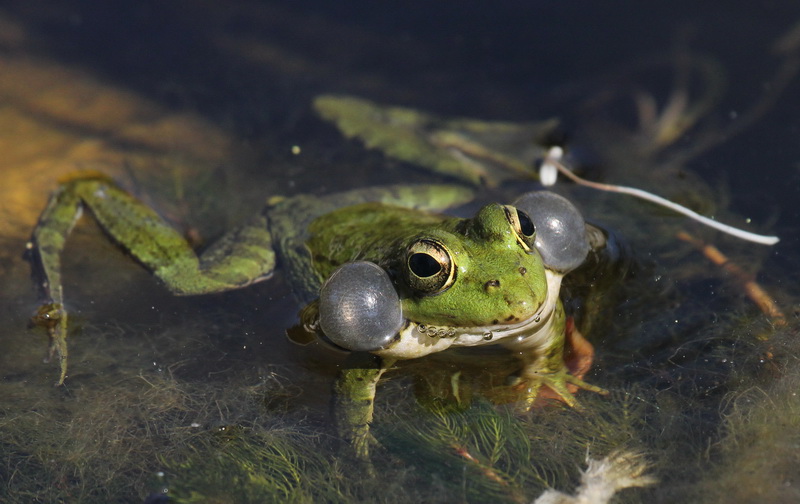 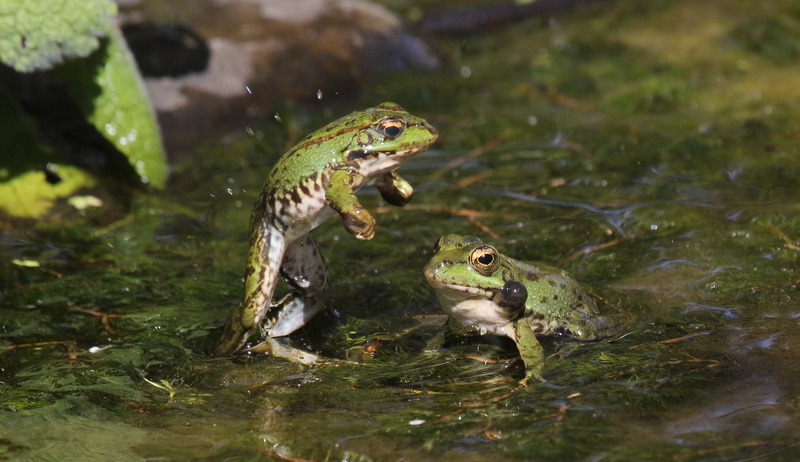 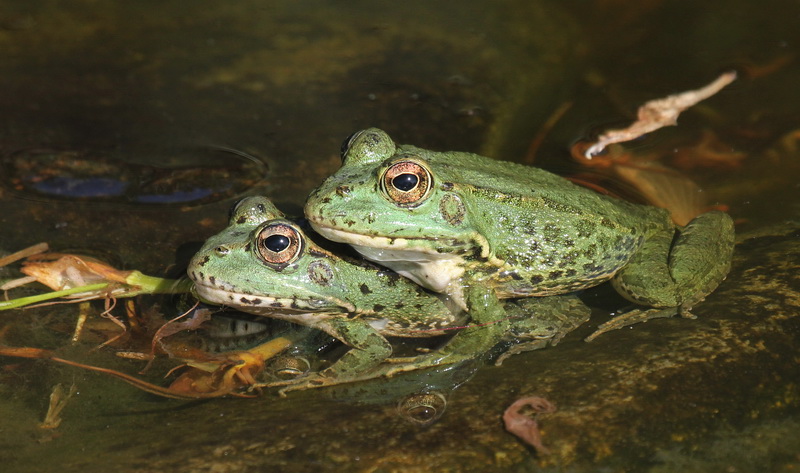 aim for the edge of the pond, 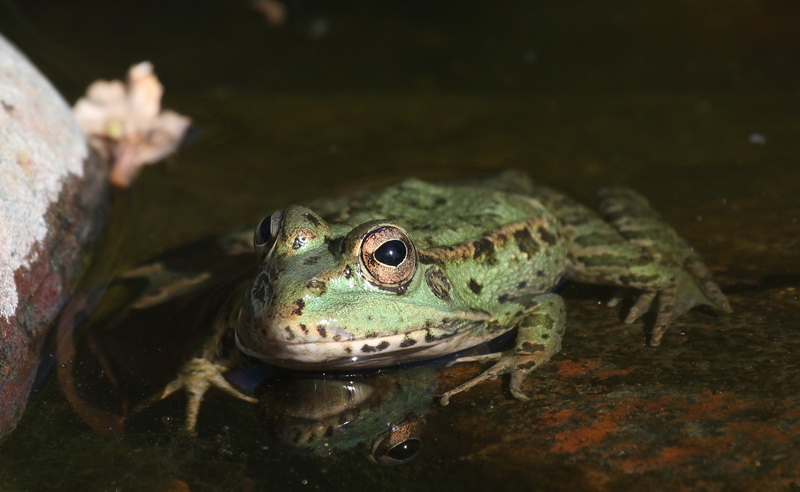 to catch flies there in the gras: 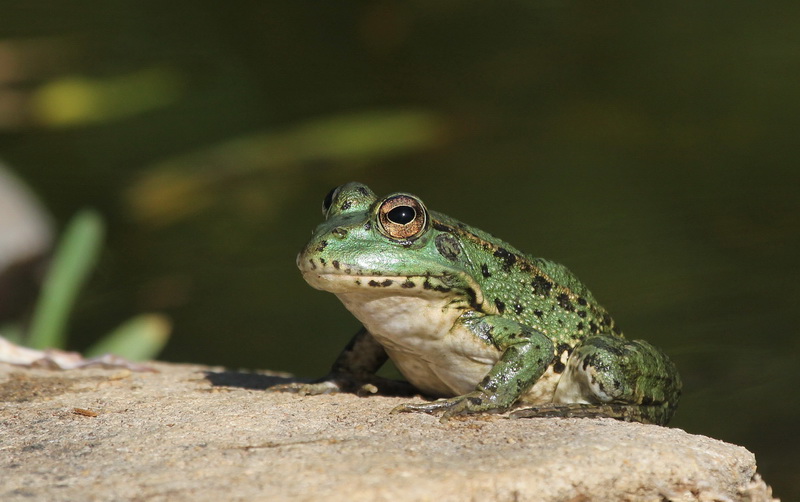 And by doing that some ladies get, 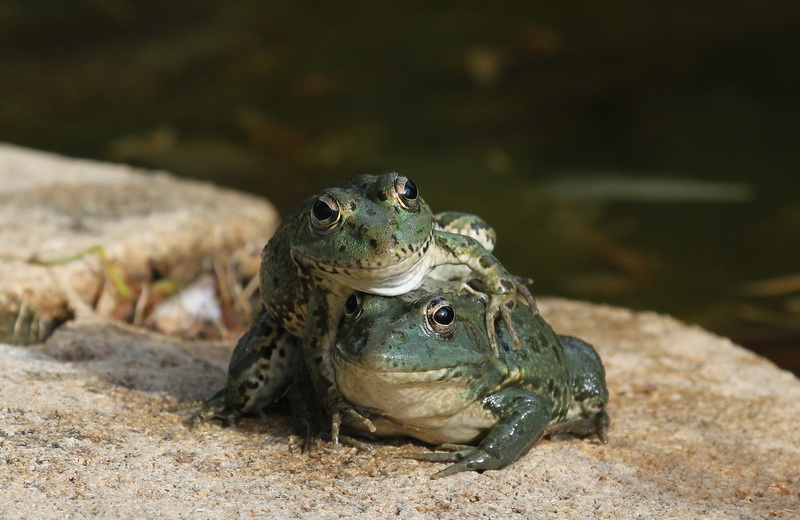 very unladylike, in heavy conflicts with each other! 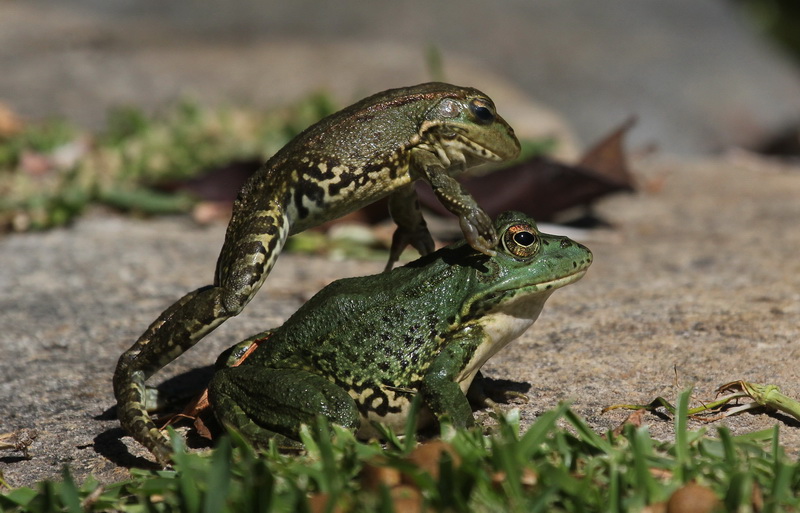 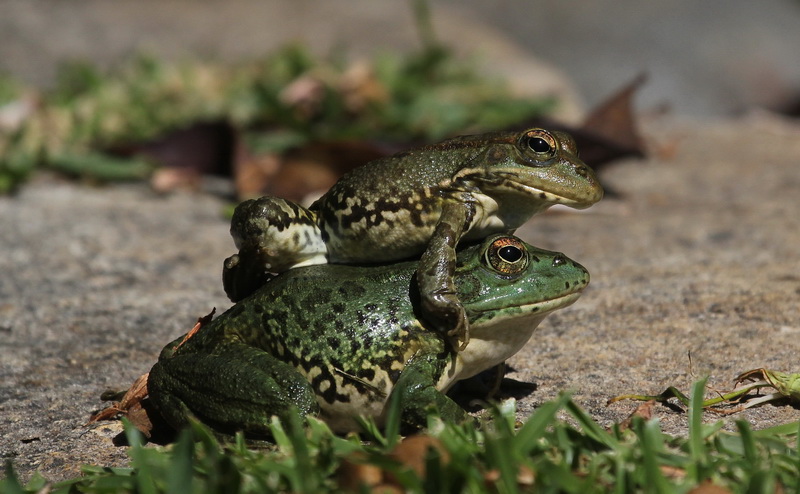 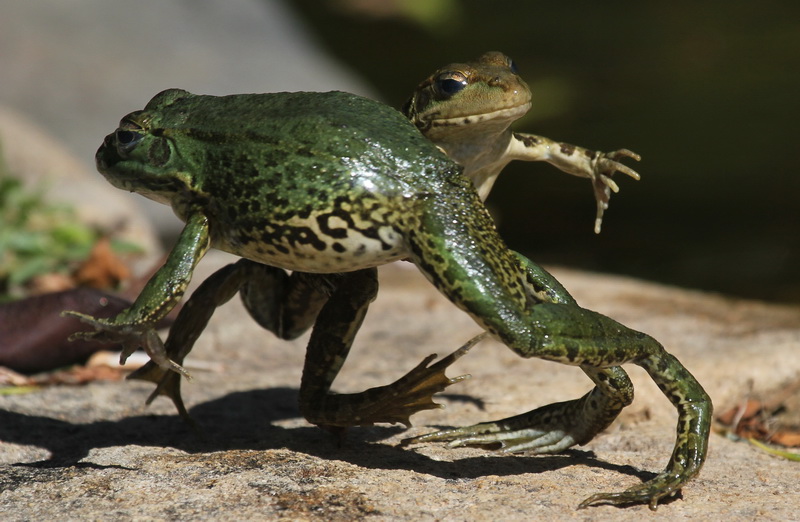 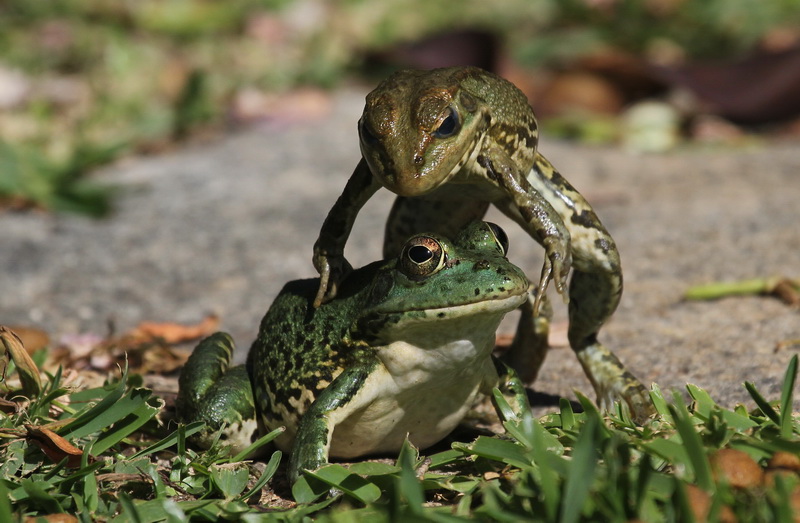 As much effort the other female Frog makes 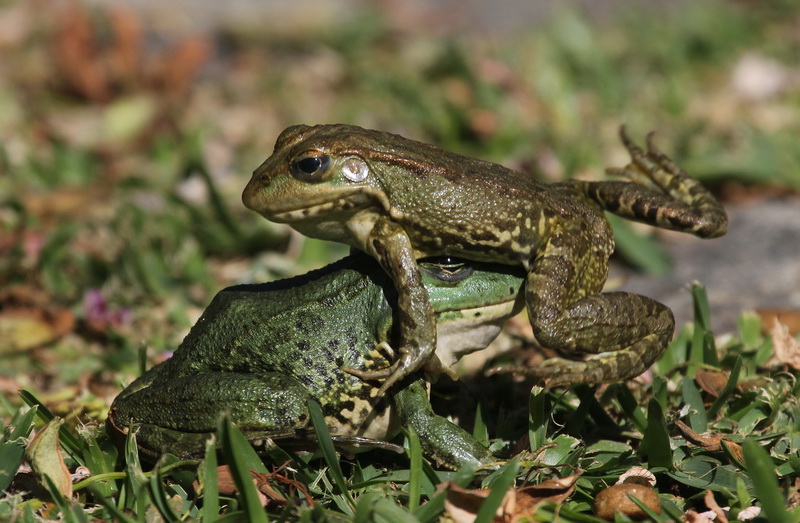 the fat green one stays unimpressed: 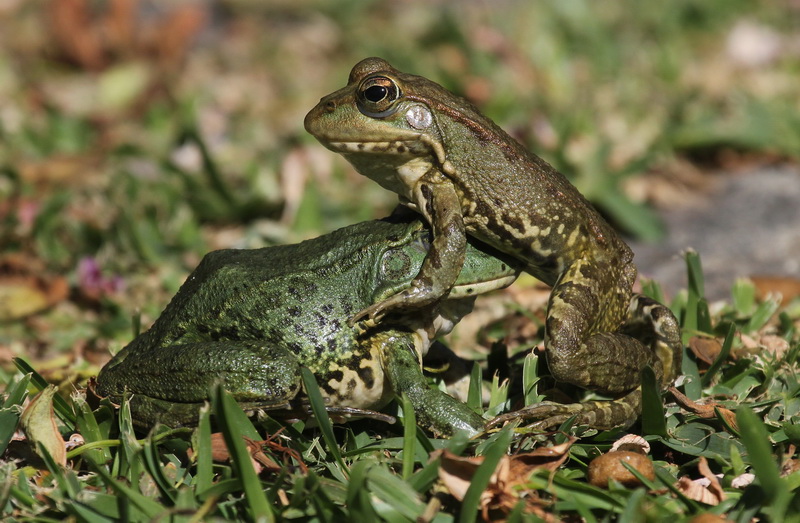 Well and while I made these photos, still giggling, something happened I hadn't planned on, because the fat one 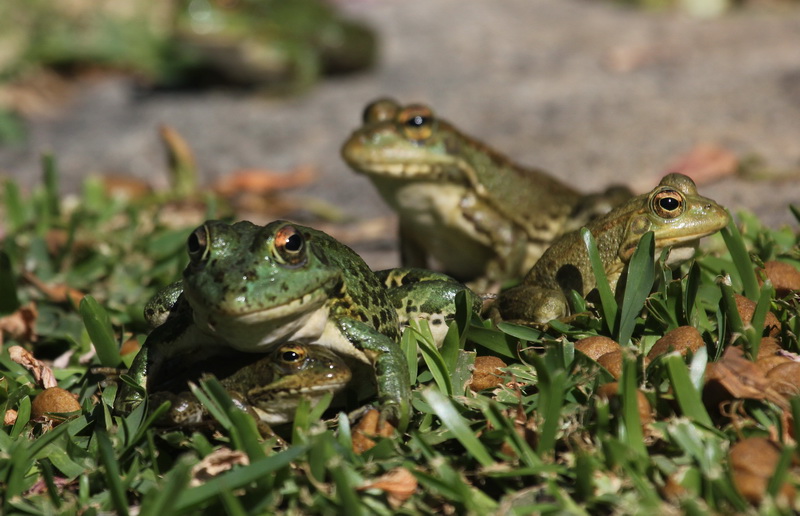 just caught one smaller female Frog, which in front of her was lurking for flies and disappeared with her into the water: 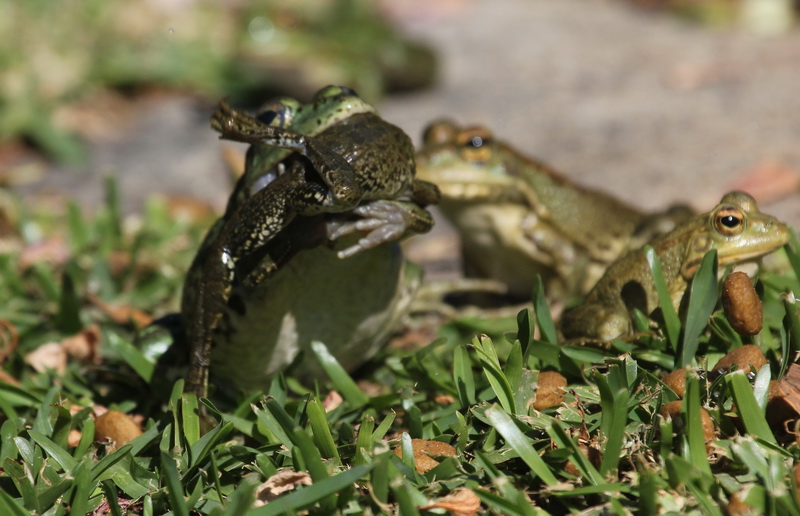 The quality of the last two photos is not so good, but shows the experienced. - I'd like to think that the smaller female Frog could free herself in the water, because the fat one didn't turn up with her.