The new "spotlights" for watching the life in the biotope arrived. Hooray!

With this round flashlight the insects will be photographed and 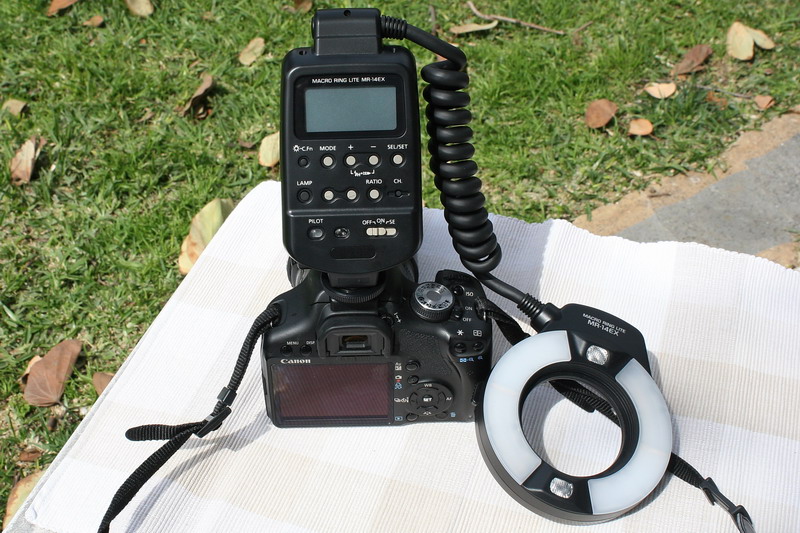 this is the spotlights for the nightly frog theatre!

And this one of course I had to test immediately yesterday night! 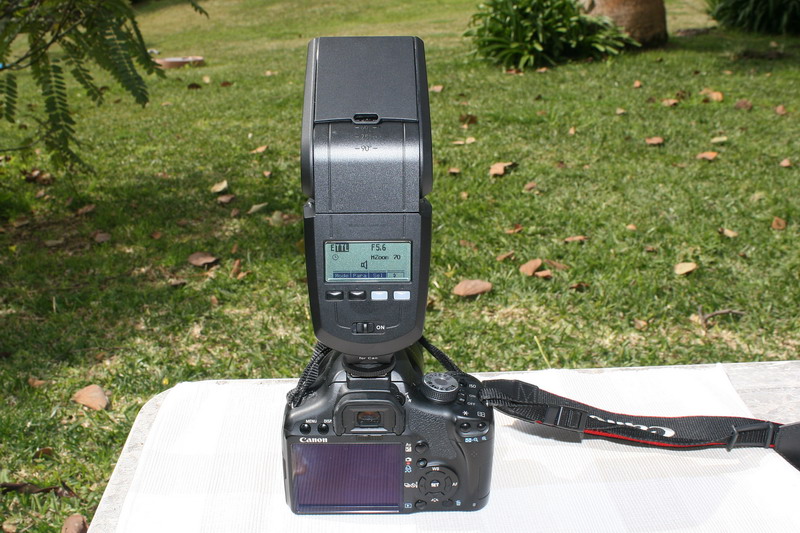 Since already during daytime there is lots of action in the pond, it is during night time a pure fairground! Here are two water frogs fighting 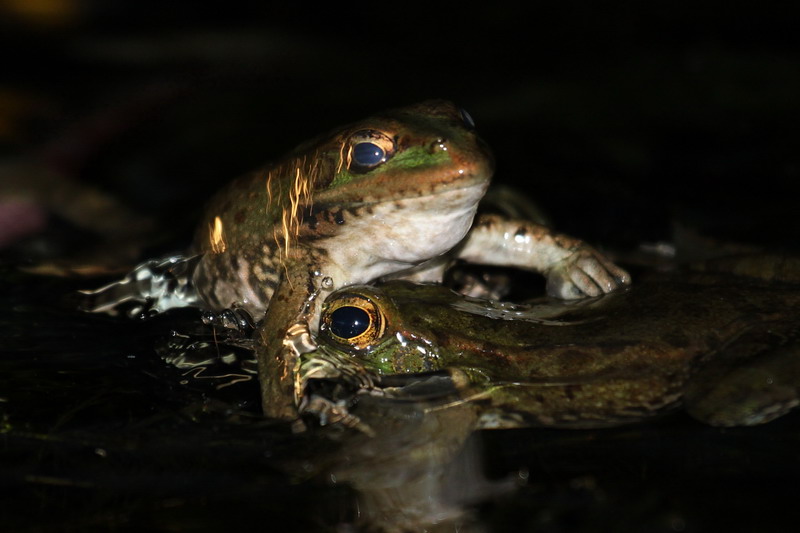 with grim determination and power for an own territory: 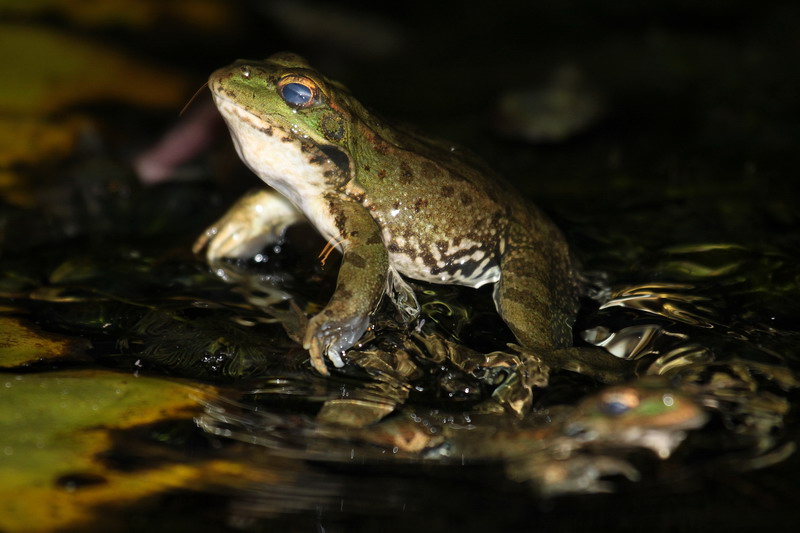 As it is their custom, the winner just turns its back to the looser, not without one more energetic croaking: 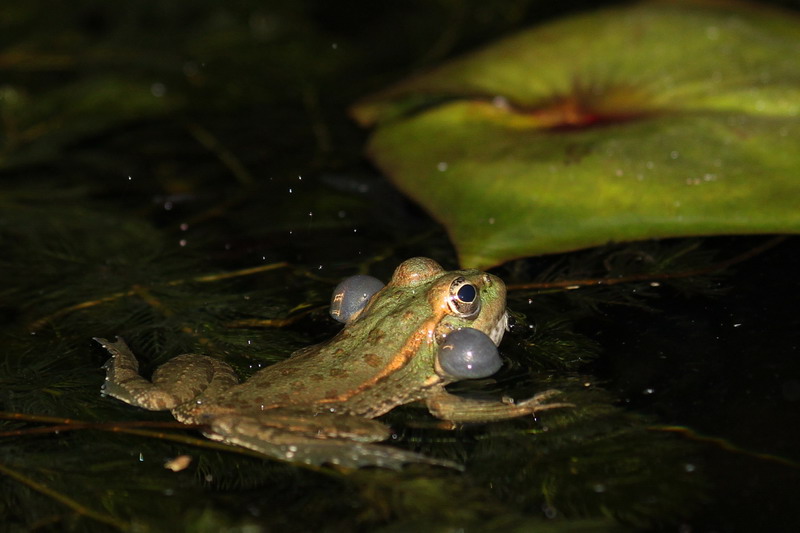 But the joy about the well protected territory should not last long for Mr. Water frog, because in the meantime the male tree frogs awaked and moved to their territories. And stupid enough this little tree frog has set in his mind to kick out Mr. Water frog of his territory to take over the property. Mr. Water frog reacted totally disgusted: 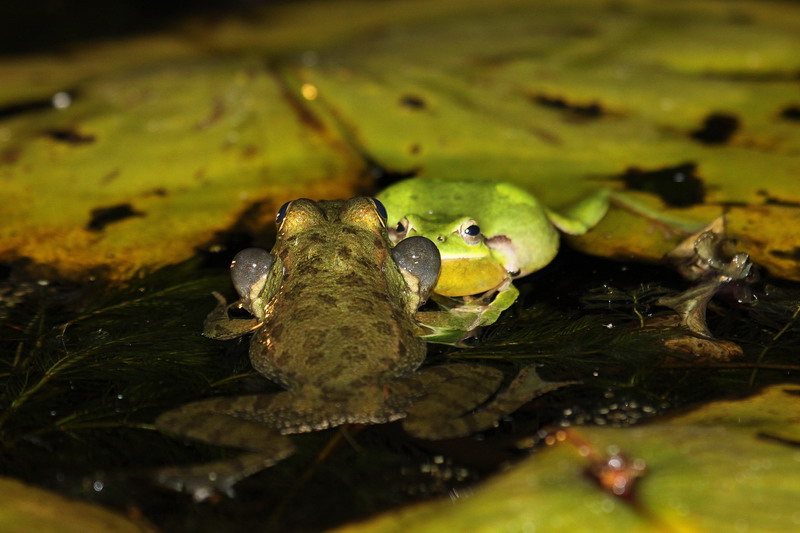 A first slap with the fin didn't impress Mr. Tree frog at all: 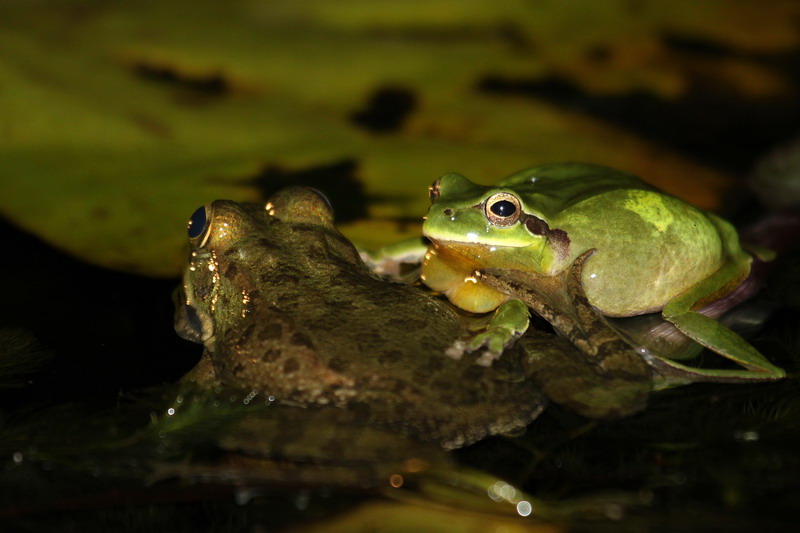 "Now listen, friend tree frog, either you get lost or I strangle you!" 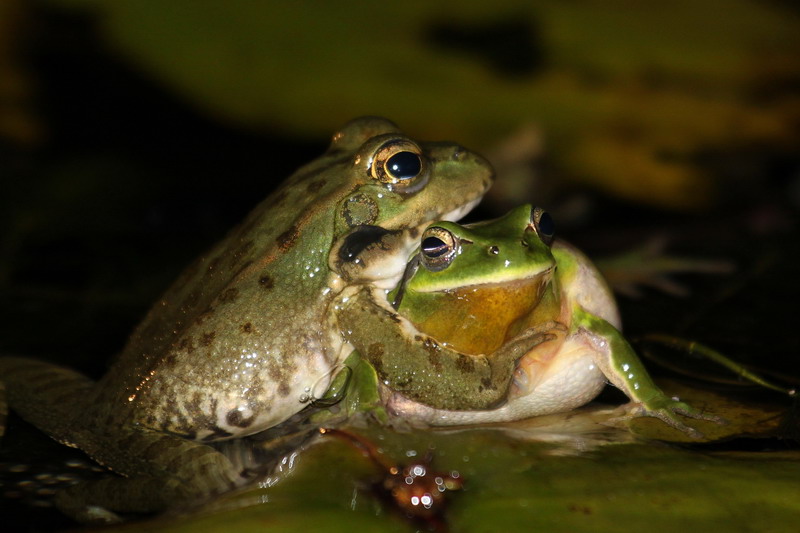 But for the tree frogs any grip is allowed, also one into the eye: 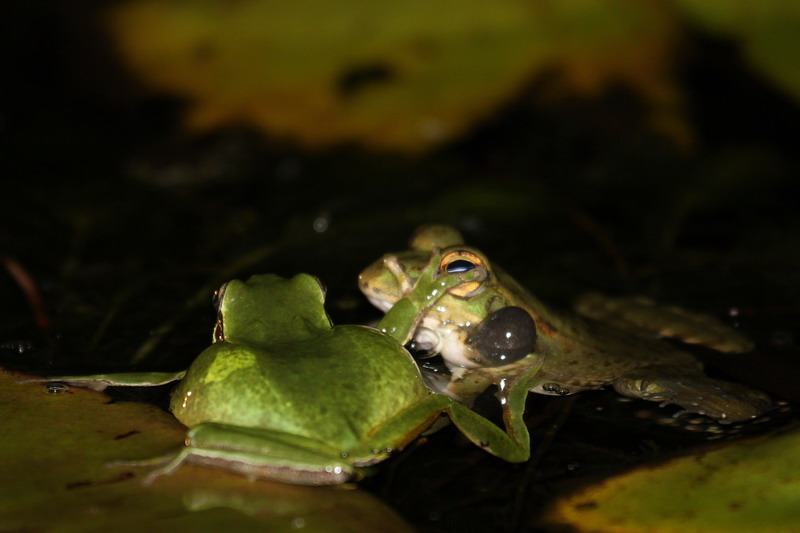 This piece of malice resulted in a tremendous rage on Mr. Water frog: 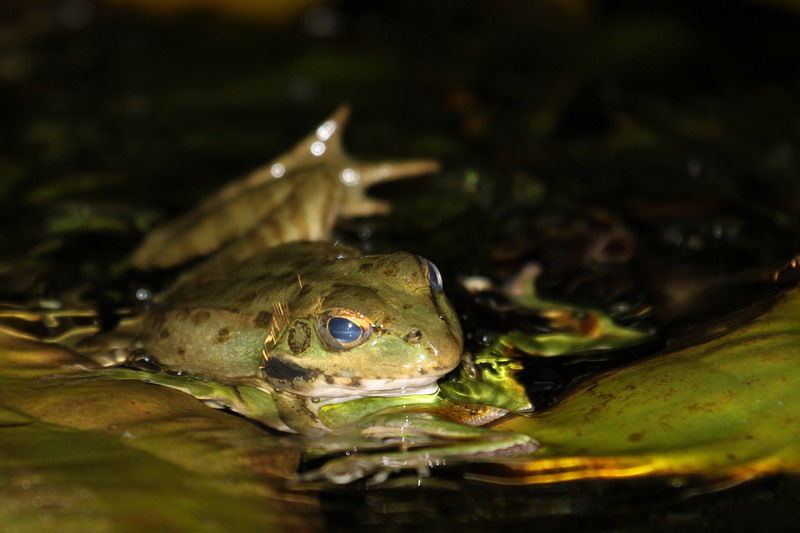 And now? Both opponents seem to be stumped: 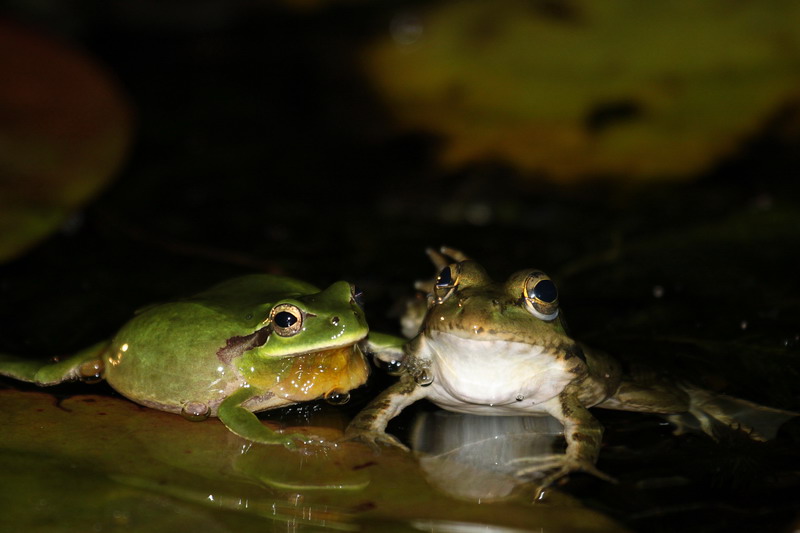 "I now shall croak for the very last time: this lily pad is mine!" 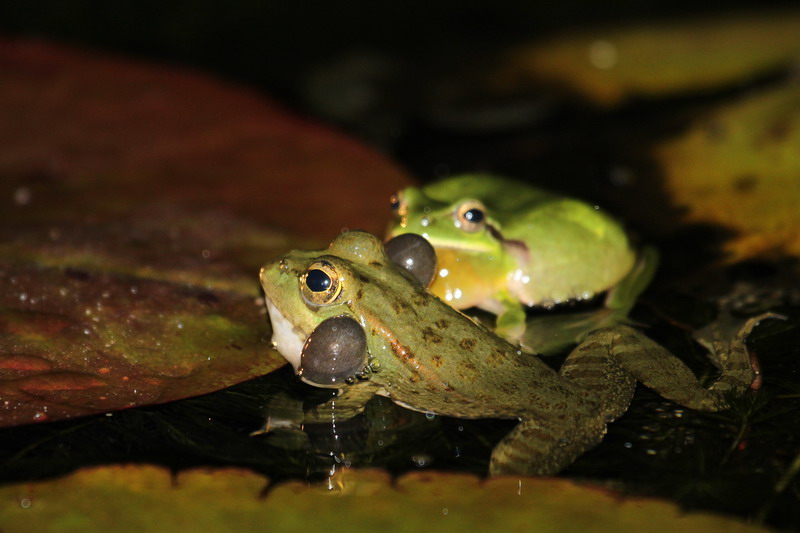 But instead to retreat, the tree frog surprises his rival with an impressive attack, which didn't let the water frog look good: 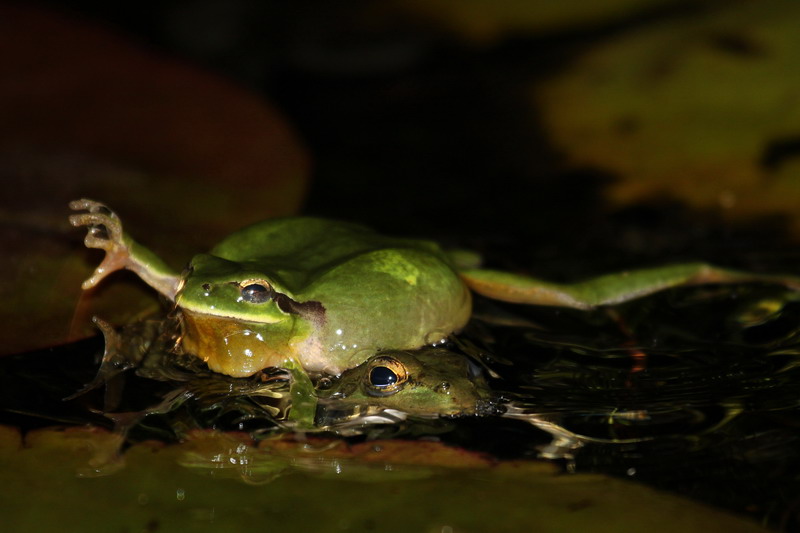 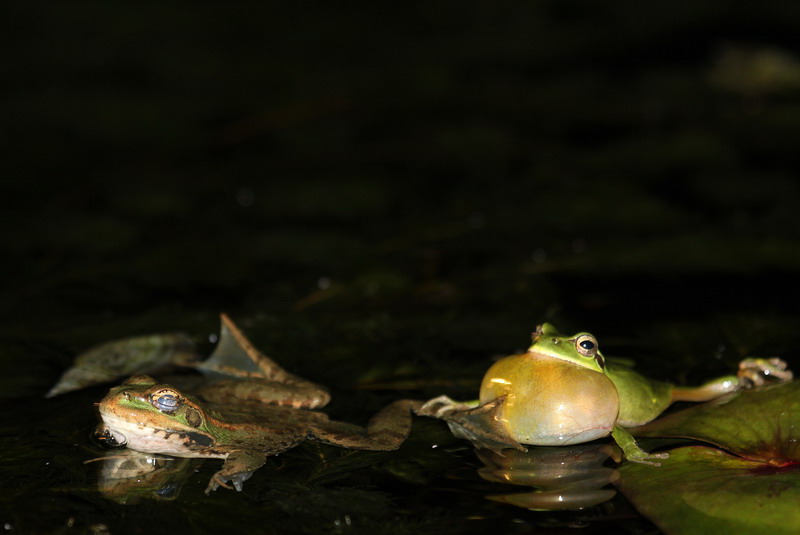