Here a few photos with short explanations to the mating of the Iberian water frogs. Who only wants to look at the photos, please change directly to the gallery. 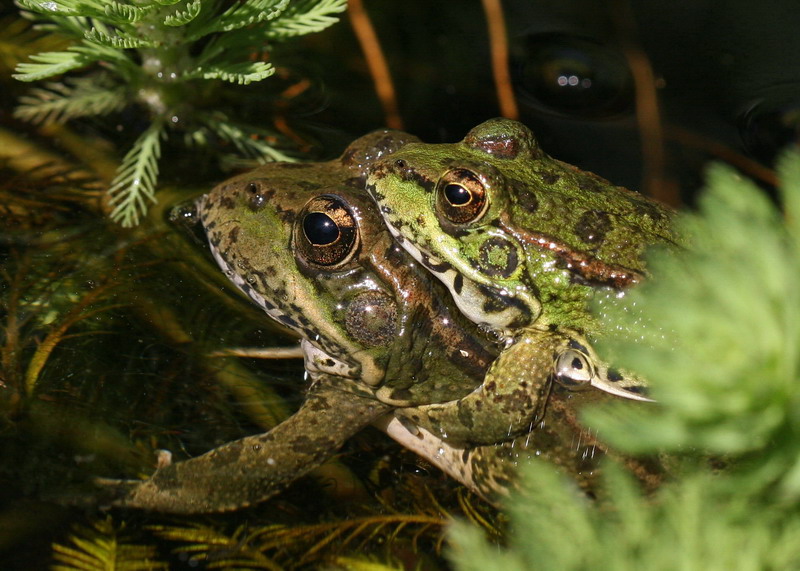 and stays mostly year-round in or at waters. 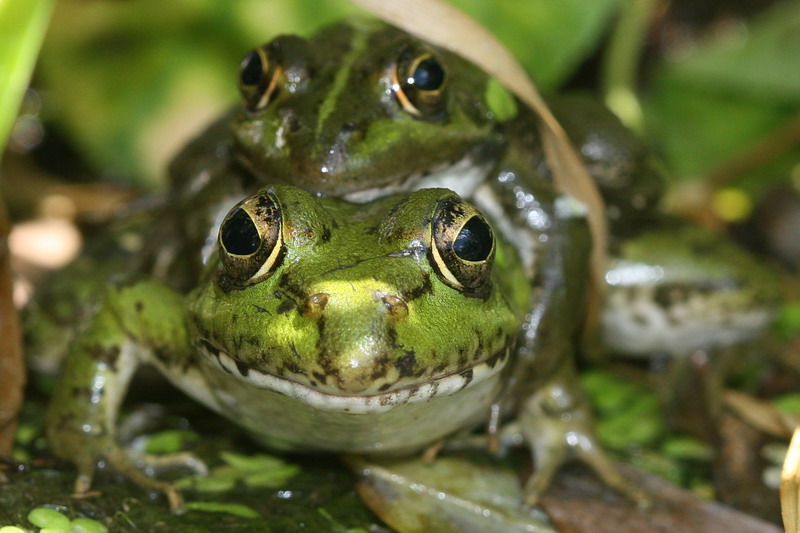 The mating season starts here at sea level already in February and lasts away into July. 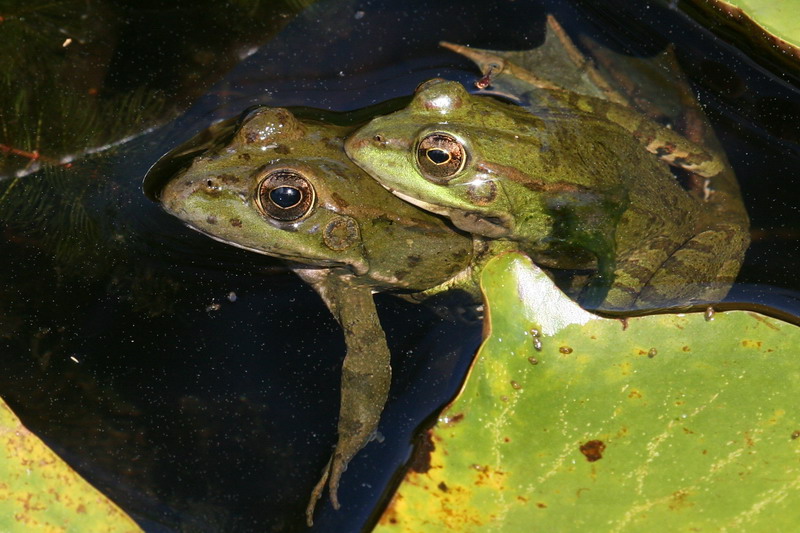 While mating the females are clasped by the male around the armpit area: 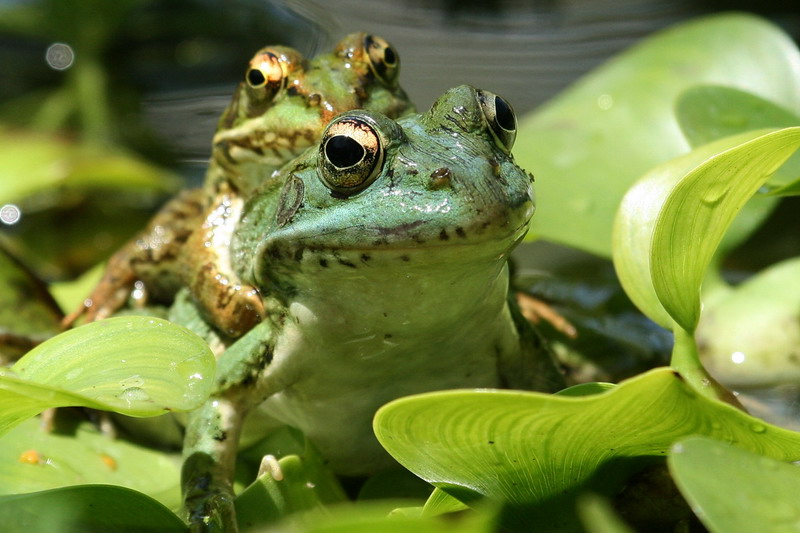 The females are producing per season about 800 - 10 000 eggs. Very often I watch, that the frog ladies during mating remember her creature comforts and go for catching flies: 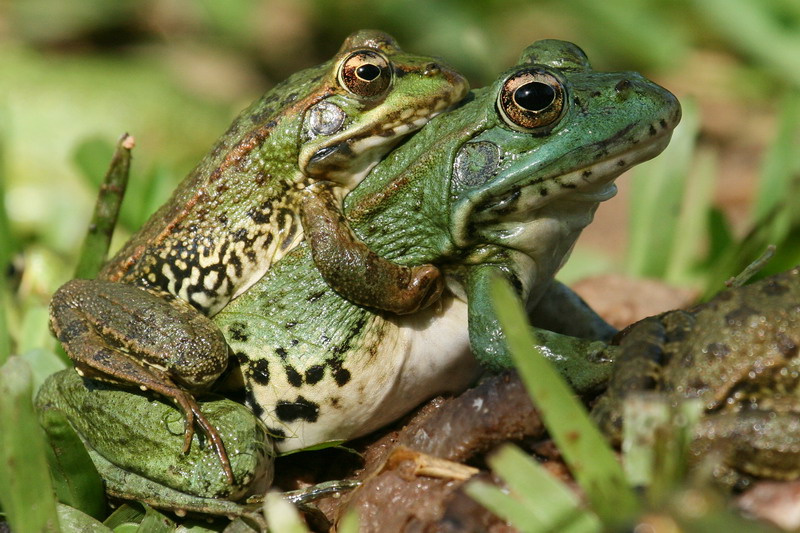 The male puts up with that rather impatiently and gives cooing sounds. But it is absolutely determined to defend the catches of his 'queen of heart' against rivals with kicks. 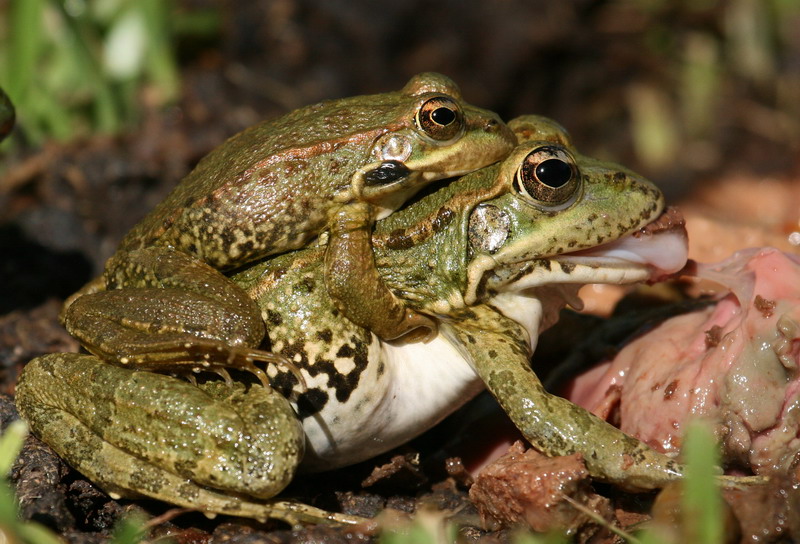 Once sated they return to the pond again. It is always the female who commands the rhythm of the process: 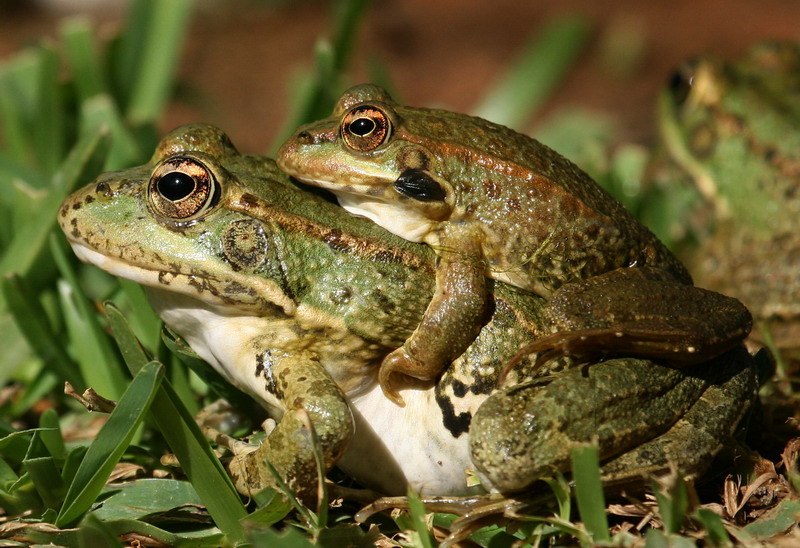 Again and again the male keeps up by soft quacks and 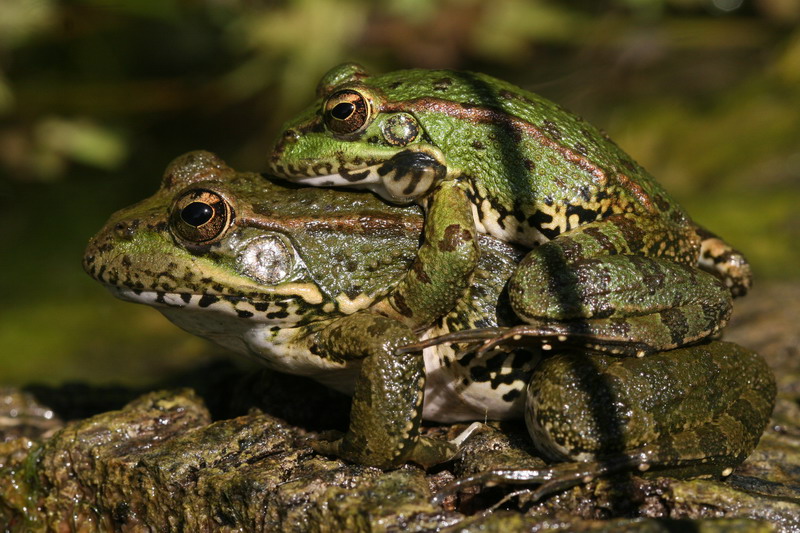 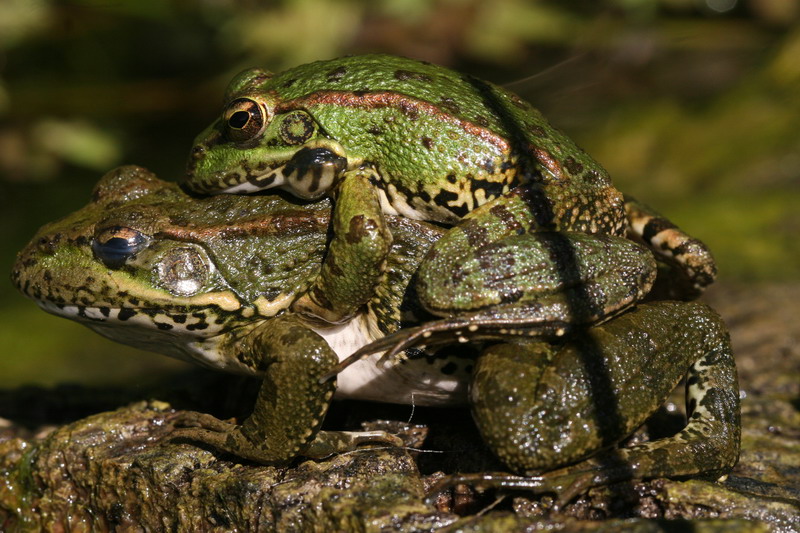 Once again the grasp: 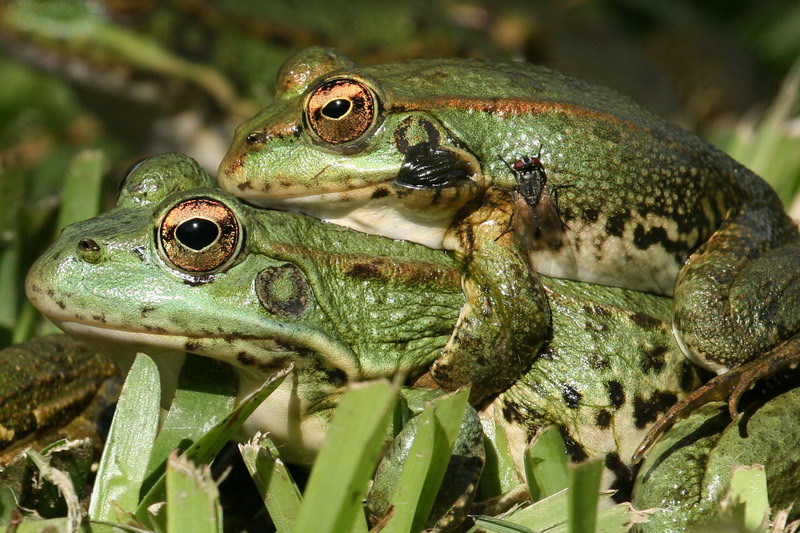 The pair crossed 'outland' and was chased away with furious threatening gestures. But the mating frog man also demonstrated with loud quack and his laryngeal sacs that it´s best not to tangle with him: 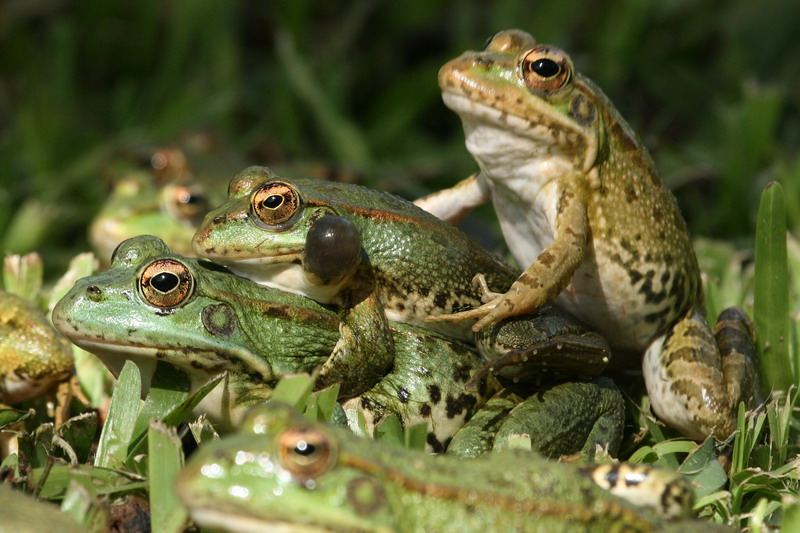 The female at the same time seems to be completely disinterested and full of trusts in the defenses of her chosen male: 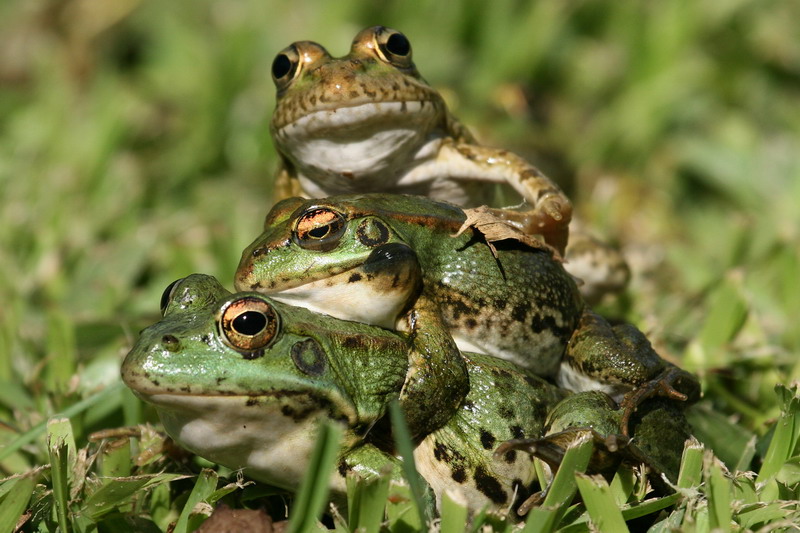