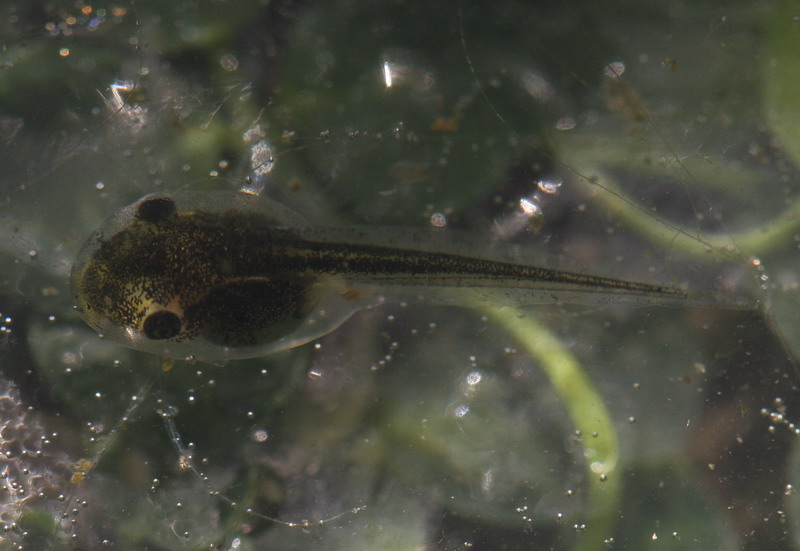 The development proceeds rapidly. Tadpoles have inner gills, which make it possible for them to breath under water: 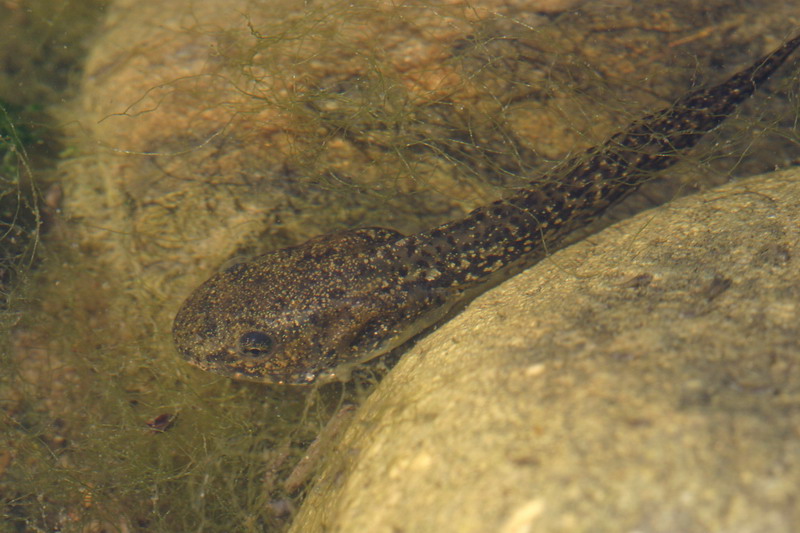 The pigmentation is now clearly to recognize: 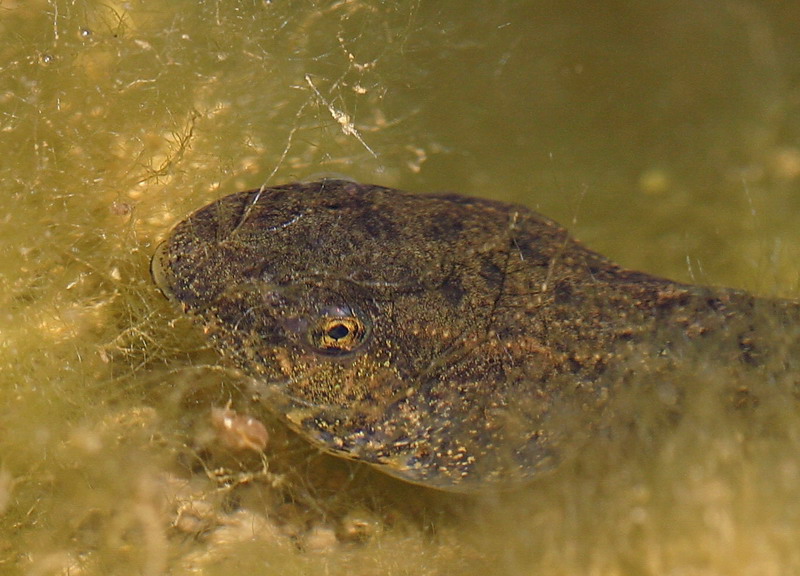 These tadpoles should watch out against adult frogs, because the parental animals hunt everything which moves. Also their own tadpoles. I was able to watch, that amid the adult animals are real specialists in catching tadpoles: 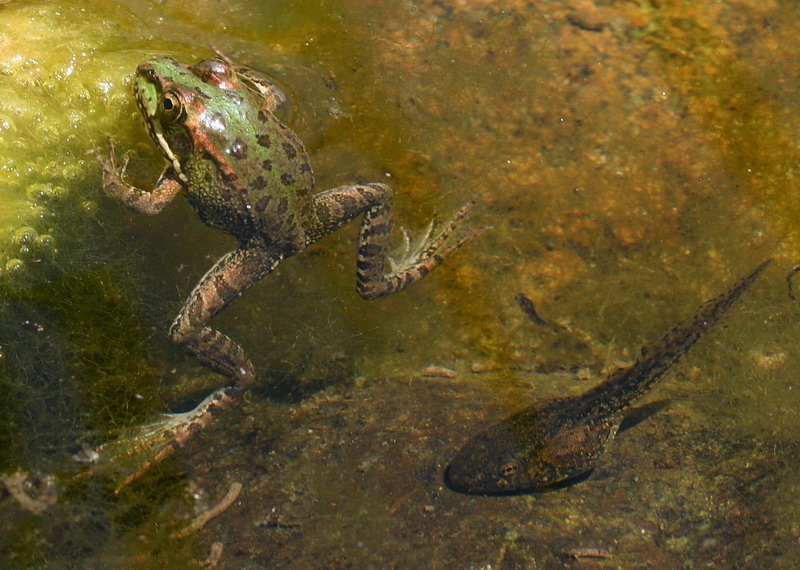 A tadpole taking air on the water surface. Again and again they spring upwards: 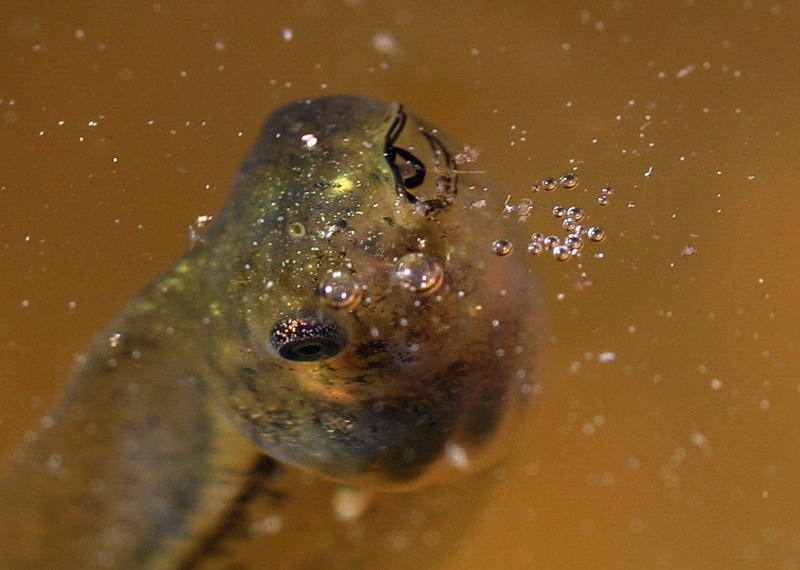 Relatively good to recognize is the shaggy mouth and the hind legs become visible: 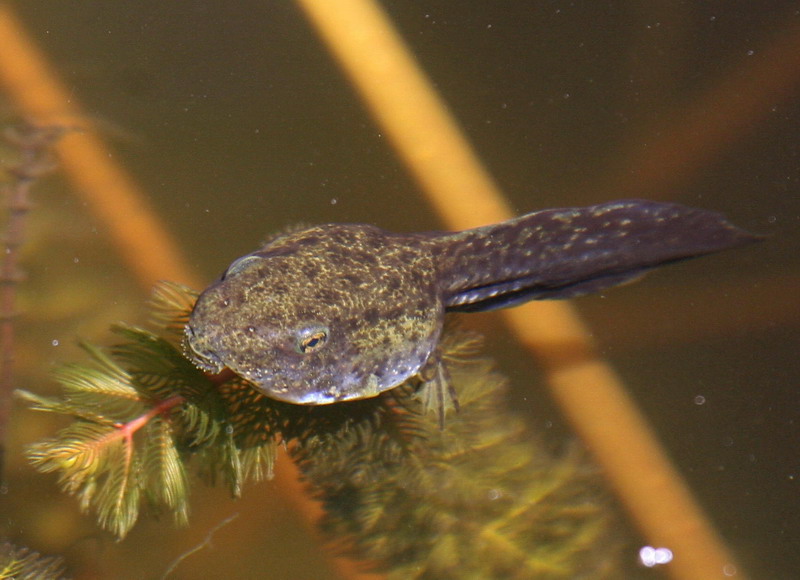 Already in half of the development the tadpoles hind legs are fully developed: 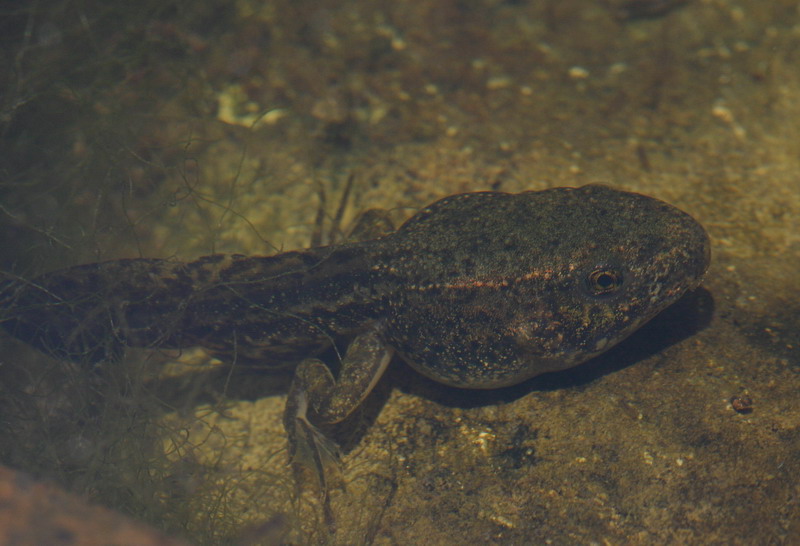 The front legs however are shortly before the final metamorphose to be seen. Until then they were hidden in a kind of skin-bag: 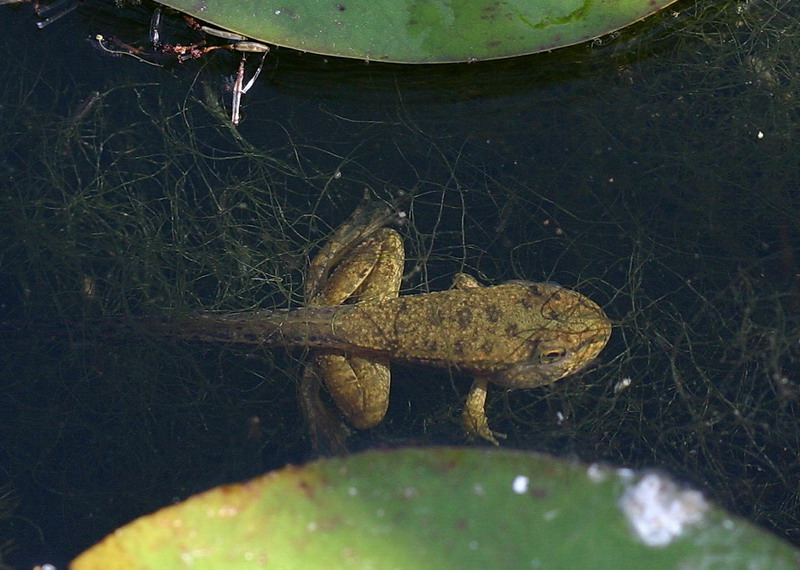 The jump to the water surface is done. The young frog can now breathe through skin and lung. The tail will be bit by bit absorbed. 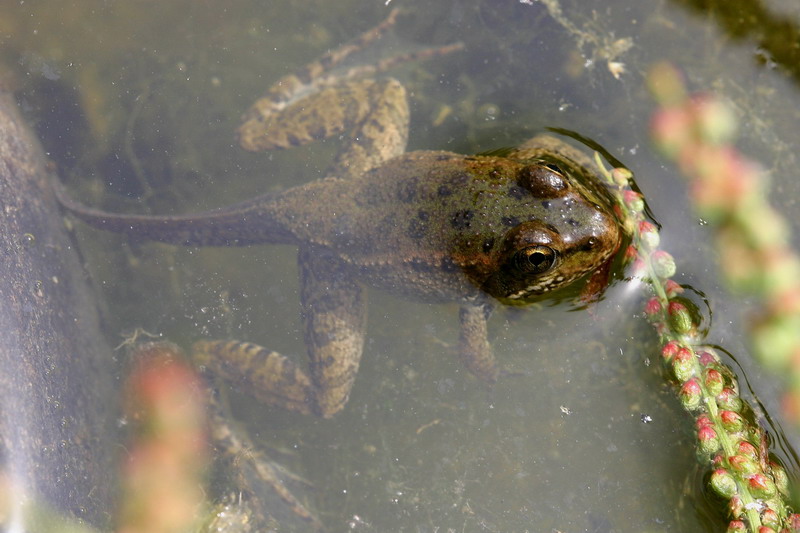 From an in the water living tadpole which mostly feeds vegetarian, became a frog on whose diet from now on is animal food like insects, worms and snails. 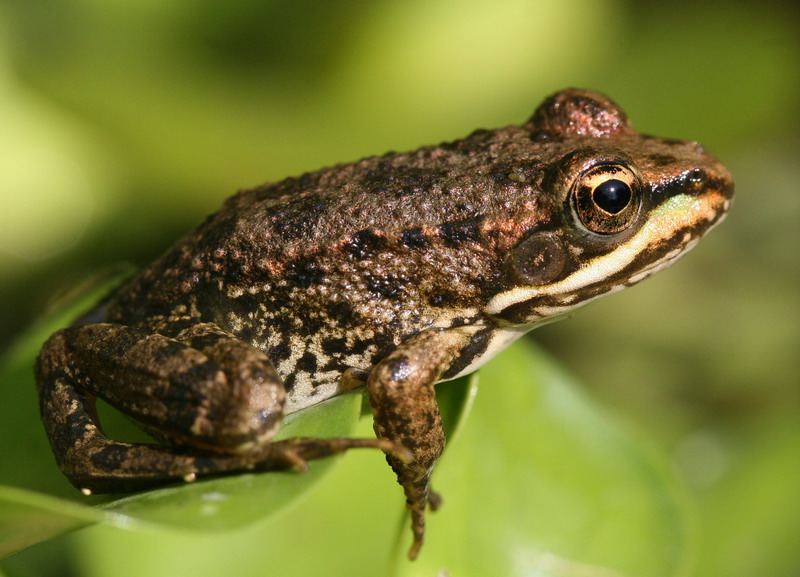 To experience such a metamorphose with one's own eyes on the pond in daily observations is exciting, thrilling and breath taking beautiful. You cannot stop wondering about mother nature, because you become witness of a development which makes it within primeval times possible that animals leave the water and are able to live on land.