Dear reader,
these were just terrific, enthralling, partly exciting but also very funny days in Cáceres, Extremadura. We saw so much and had lots of fun! : And also the weather was fine. Mostly sunshine pure. But the temperature partly was rising so high, that for the photos in long distances the air turbulences caused a lot of useless photos But this is just part of going to the Extremadura (extremely rough)!

Extremadura with its wide, only little populated agriculture- and veldt landscape is with its 40.000 square kilometers a great bird- and nature paradise. What a joy to have still such landscapes in Europe where the population of only 26 inhabitants per 2 square km didn´t damage to much, but the harmony between human and nature really leaps to the eye! But also there the environmentalists are not at all unworried, because in such a poor region like the Extremadura of course it is a concern also to bring the alleged wealth of the civilized world to this western region of Spain. But lots of campaigns are running in which midst is standing the protection of the nature, combined with the possibility to inspire tourists interested in nature for this region with its richness in fauna and flora.

Of course we travelled full of hope to the Extremadura to finally see great bustards (otis tarda) in their habitat, but we were looking for them in vain. Not even a small one we saw.

It is difficult to detect them in this huge country on your own and without a guide. With storks it is much easier, because from the about 13.000 breeding pairs which are in the Extremadura about 8000 are living in the province of Cáceres. And that was exactly the place we were!

But, this report shouldn´t consist of too many words, but more photo-informations:


First of course we paid a visit to the 'knight-storks'!: 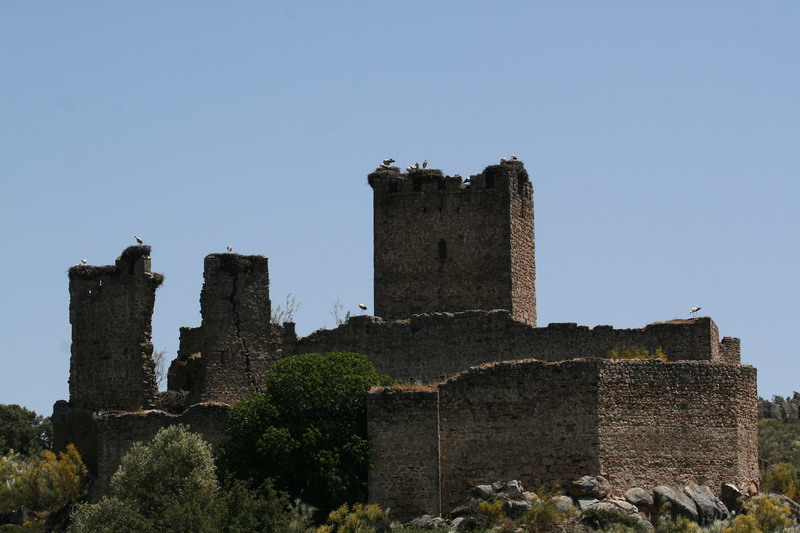 Oh dear, there were impudent robber-barons in the air and 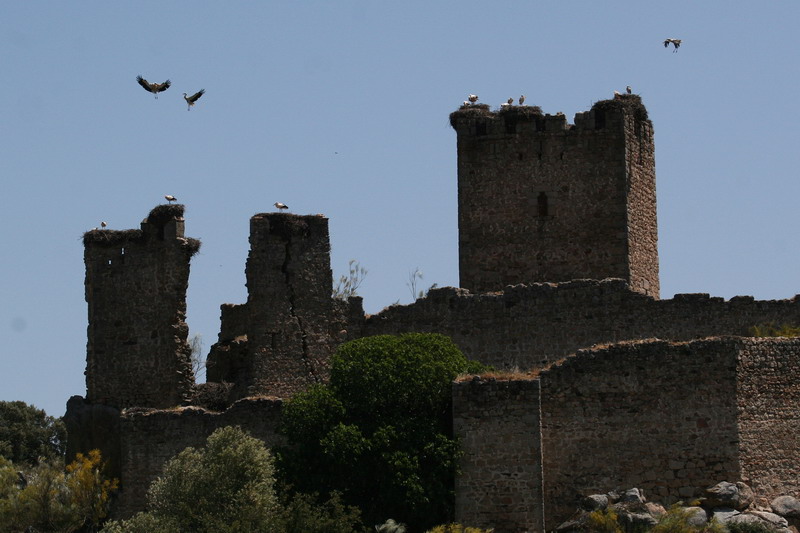 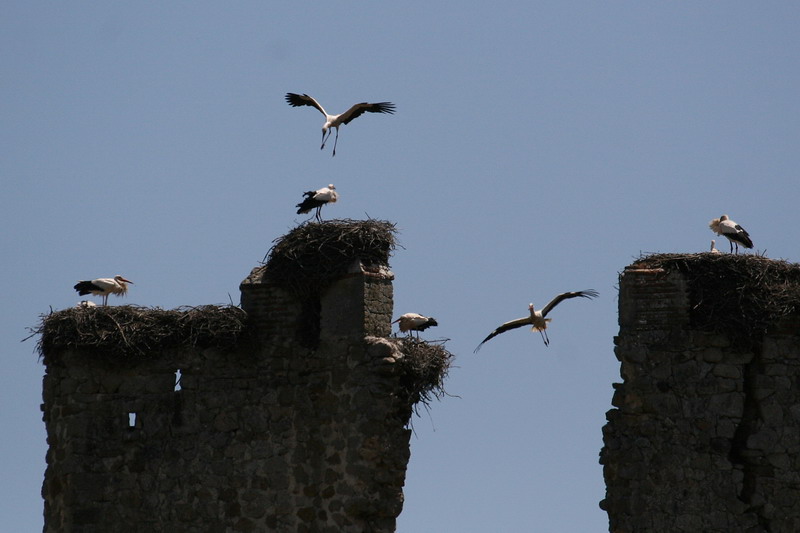 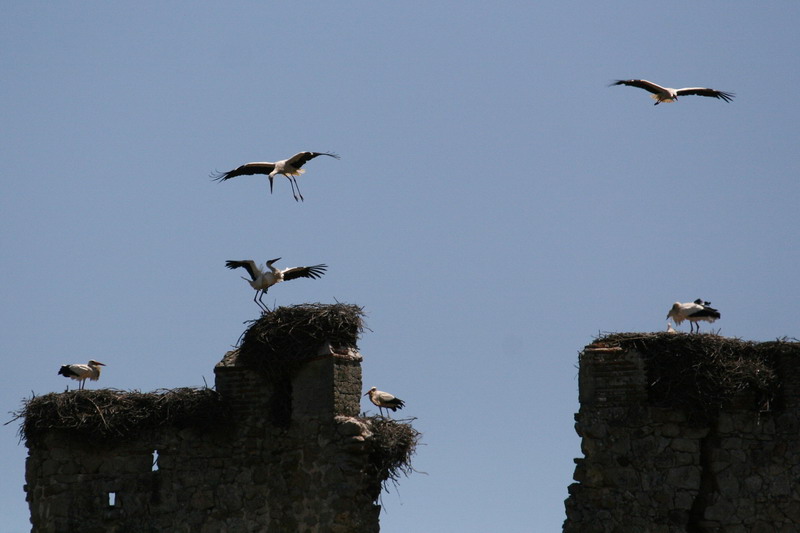 But the noble stork-lady denied stoutly and only little lady-like the manner less aggressors! 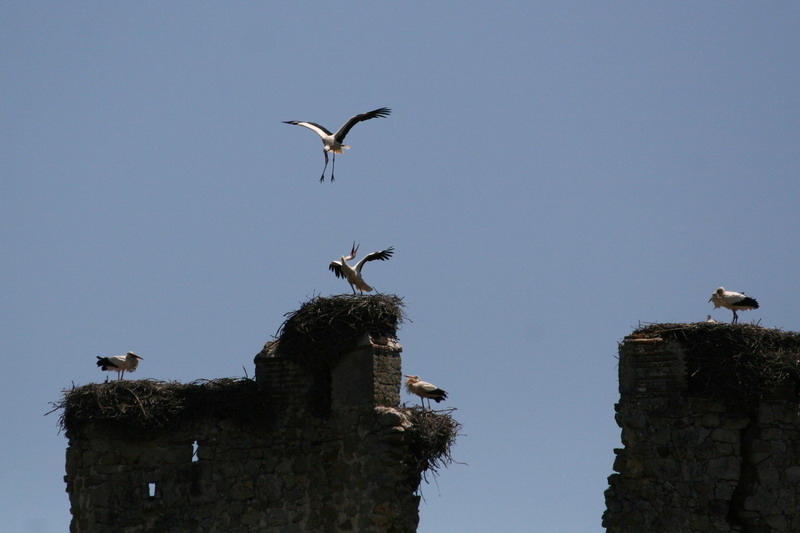 The stork colony in front of the hotel Palacio de Arenales, on the N 521 Cáceres to Malpartida de Cáceres


Where nowadays a first class hotel is standing, there was years ago a derelict farmhouse, which was home for a huge stork colony. The preconditions for building the hotel were to give a new home to the stork colony and therefore on a huge area 60-80 poles were established, and 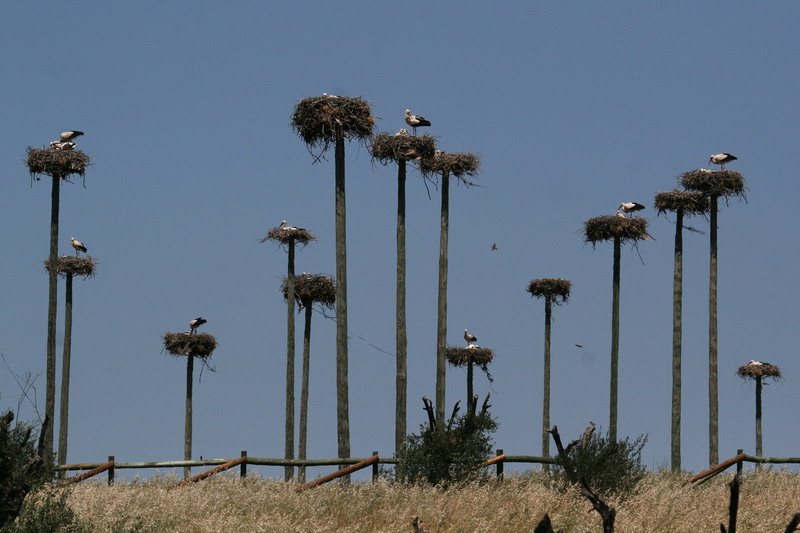 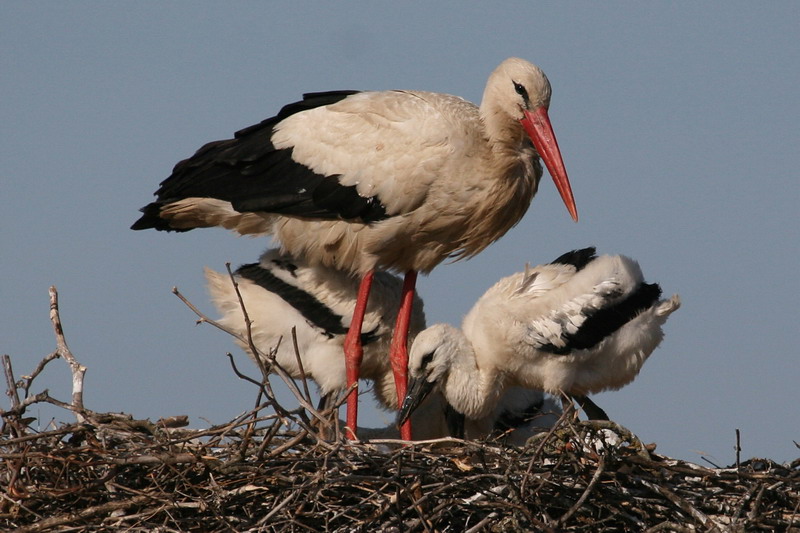 And an angry stork-mother, who tells the black kite clearly, that he better should disappear: 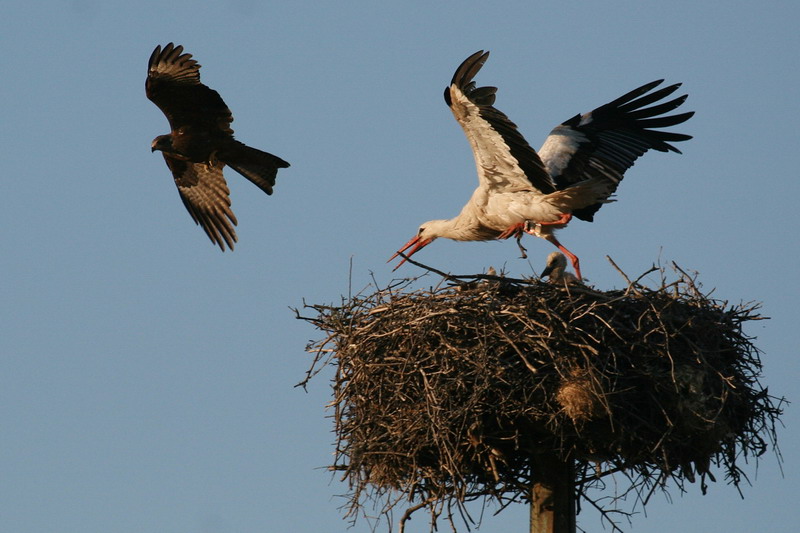 As so many nests are one beside the other, of course quarrels between neighbors can happen!: 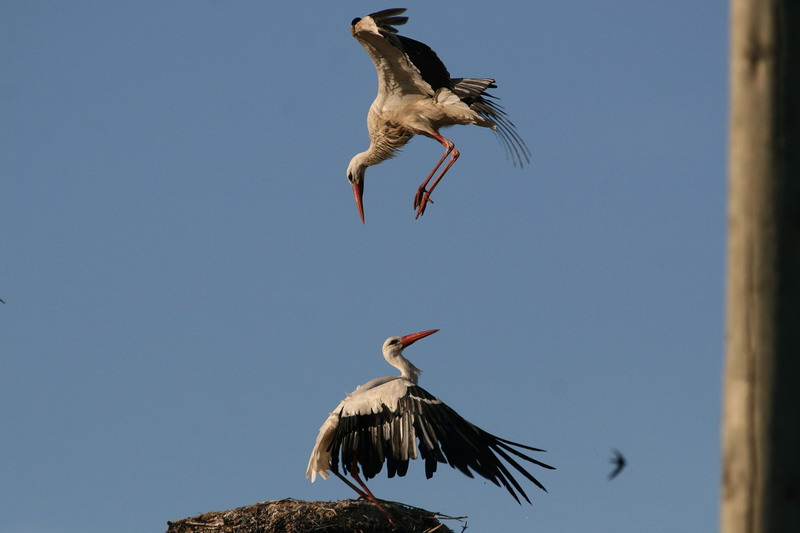 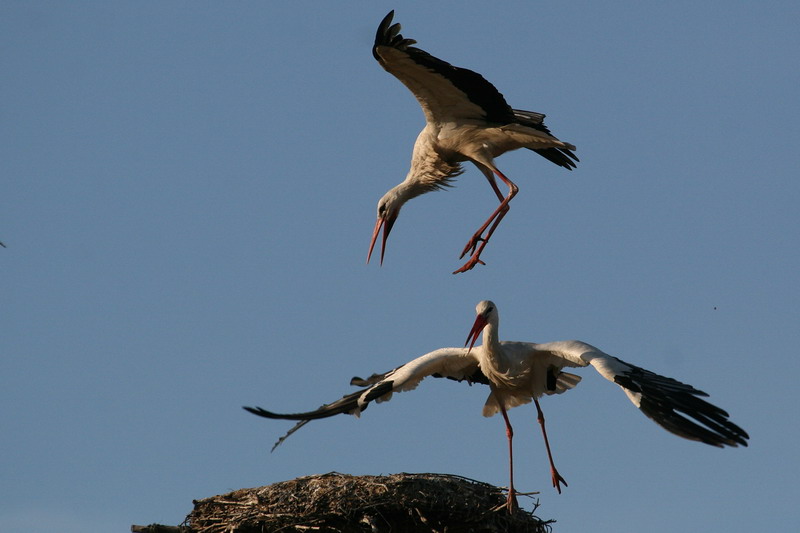 "This nest is mine and that already since years!:": 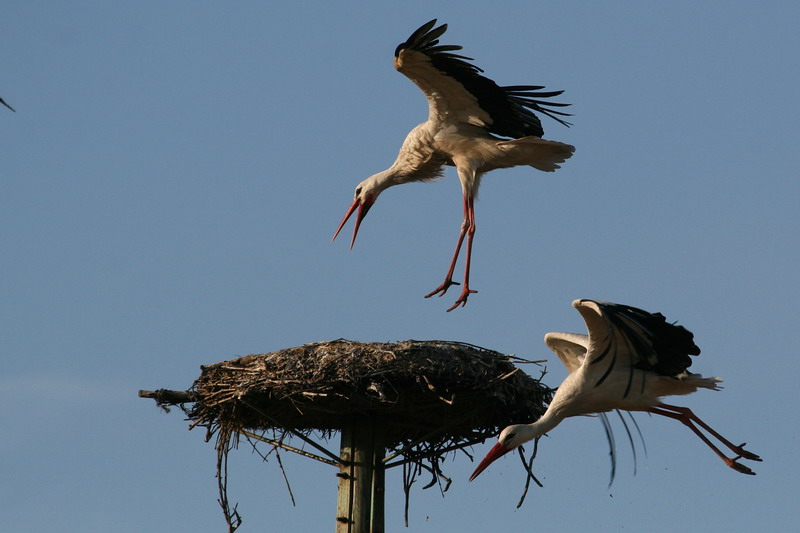