Yesterday we spent the late afternoon hours at the Guadalhorce, where the Bea-eaters eagerly feed their offspring and 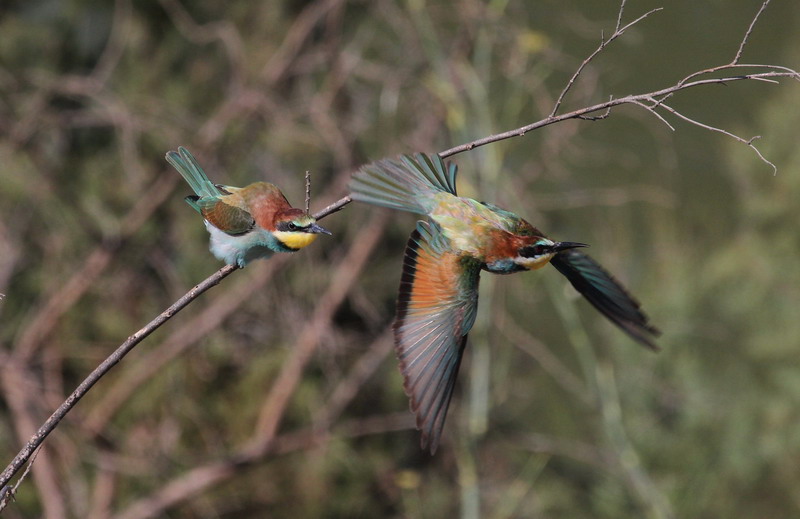 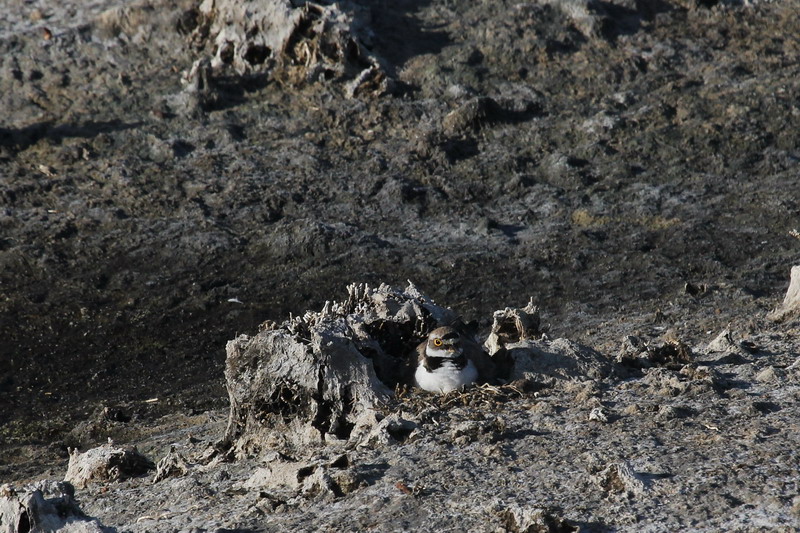 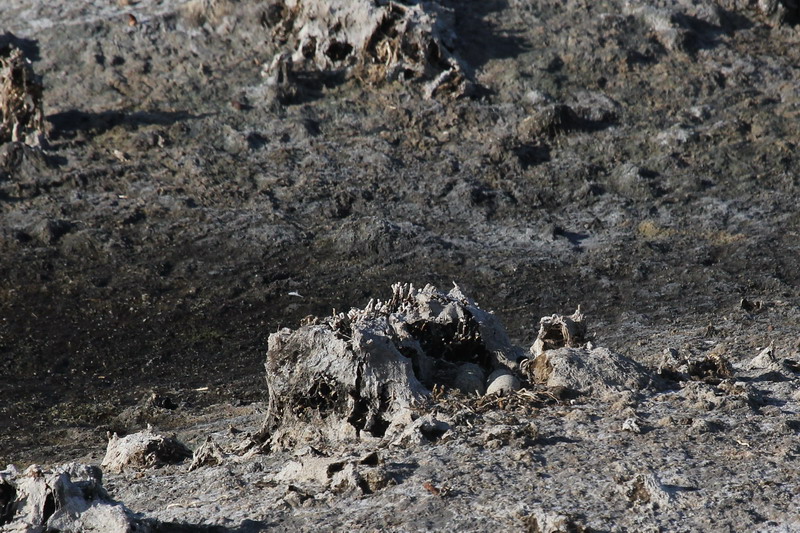 A flock of about 50 Greater Flamingos delighted us with their repeated passing flights along coast: 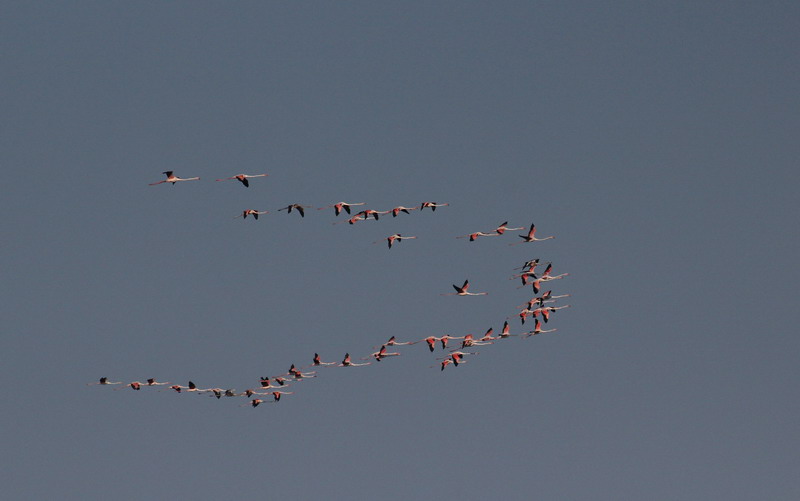 In the far distance we discovered between many Black-headed Gulls also a Mediterranean Gull: 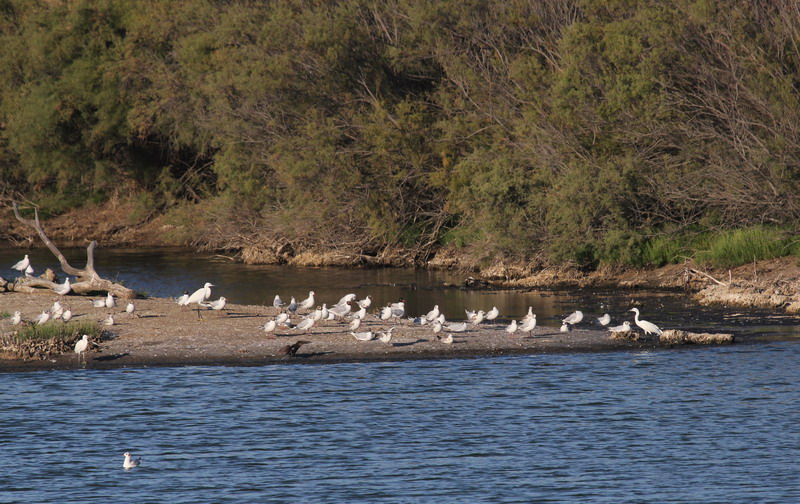 And here a Little Gull, which 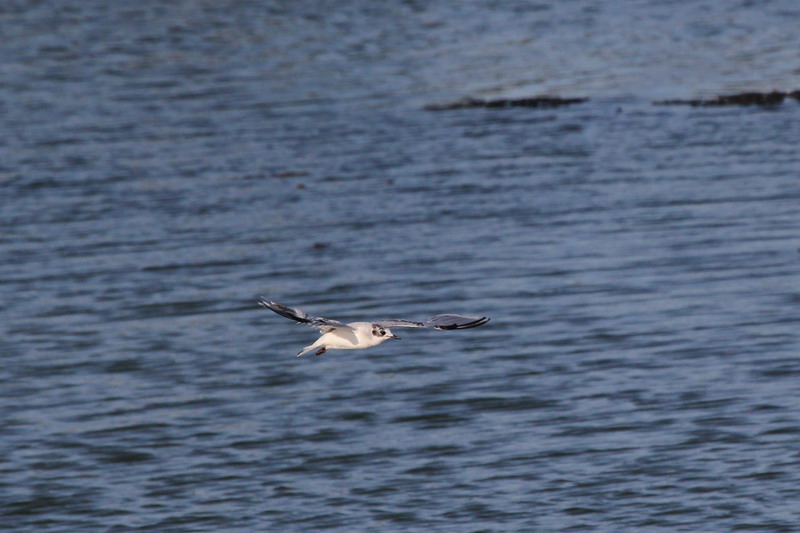 immediately after landing made it clear to a cheeky Stilt, that she won't let anybody chase her away: 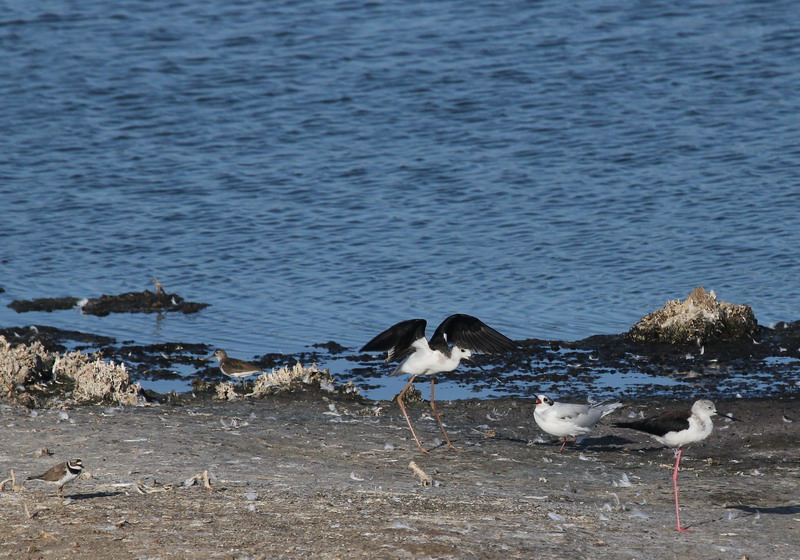 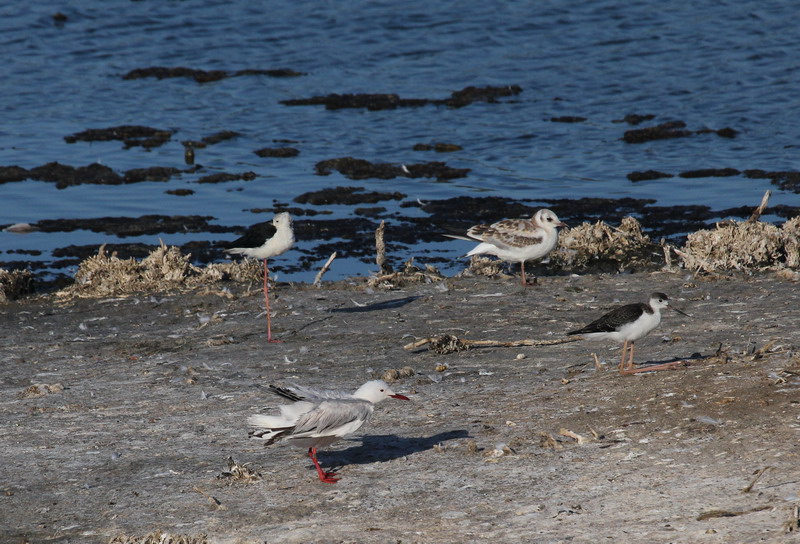 the peaceful silence at the Island in front of the observation hut: 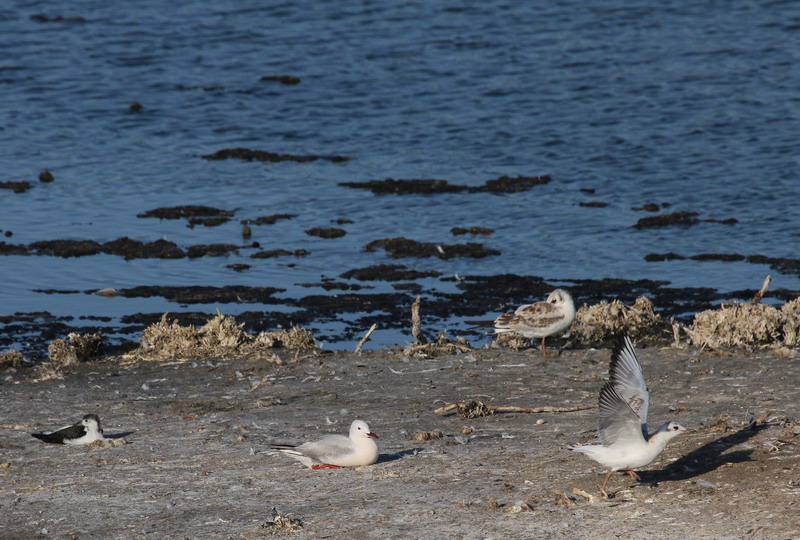 Child is father to the man! Hardly to believe, that these young Stilts a few weeks ago were tiny little chicks: 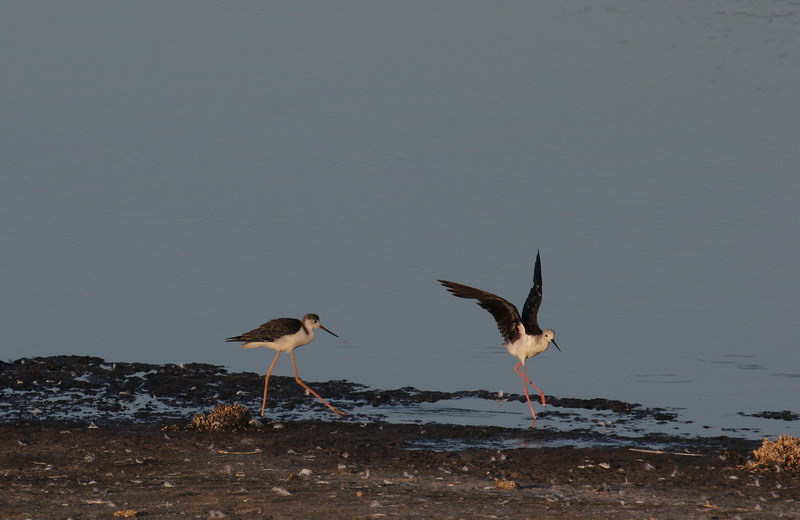 Even more Black-headed Gulls joined the group on the island: 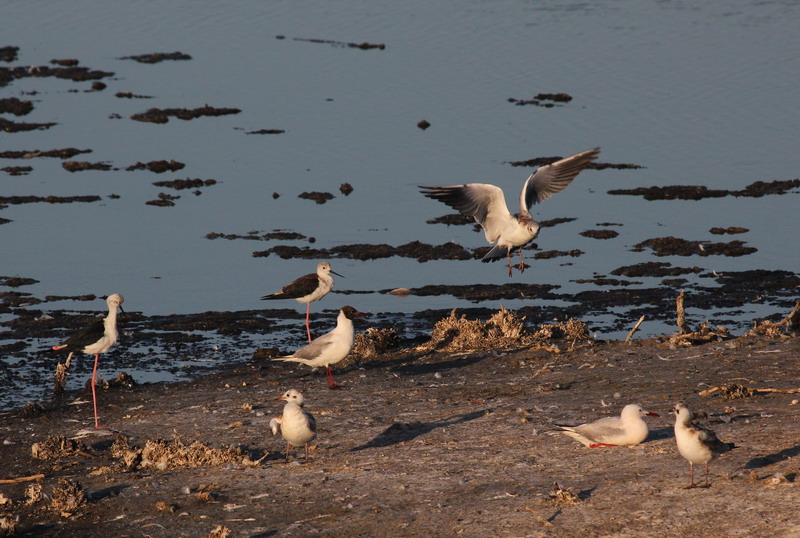 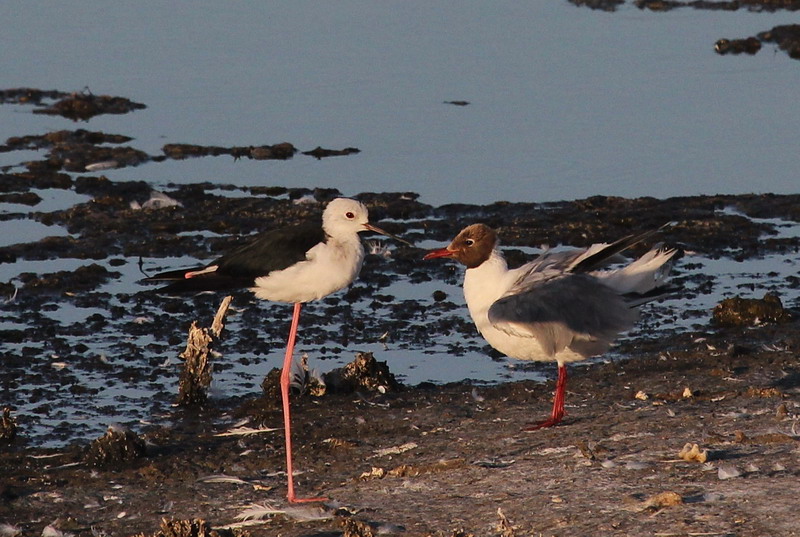 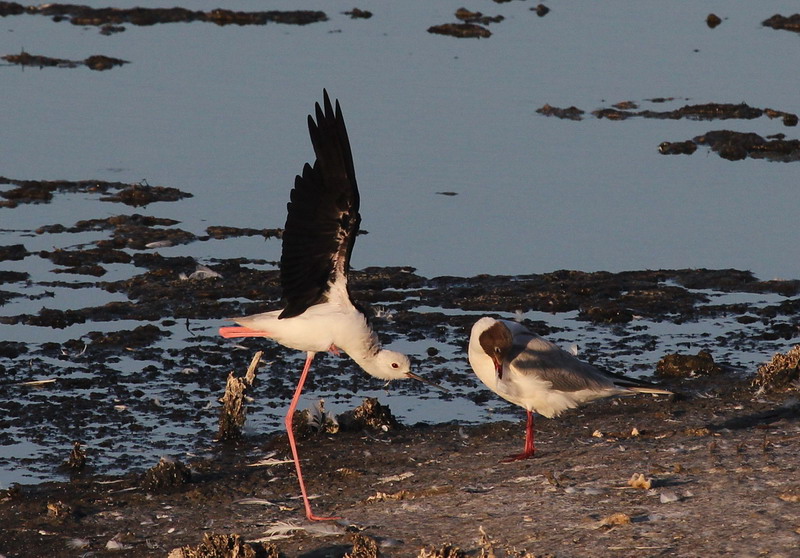 The island already is in the shadow as a small group of Little Terns landed: 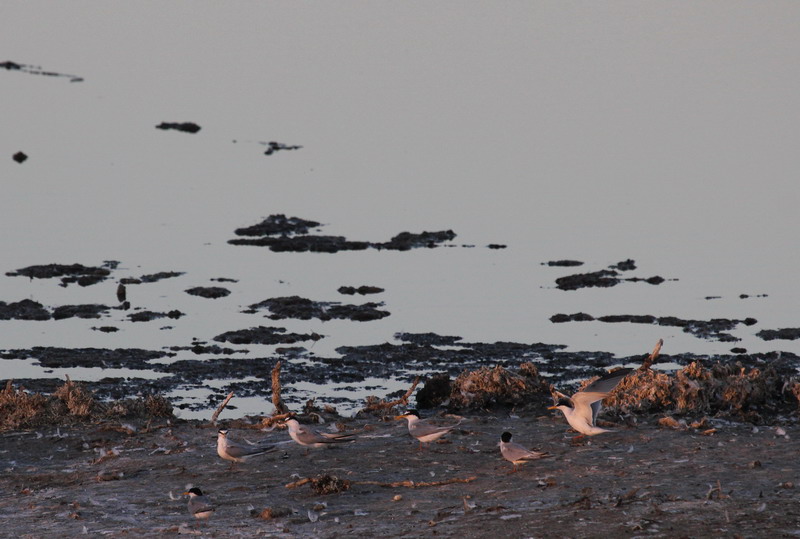 Already for quite a while we have heard the pitiful calls of a Bird, which we couldn't associate until we discovered this Slender-billed Gull with its chick: 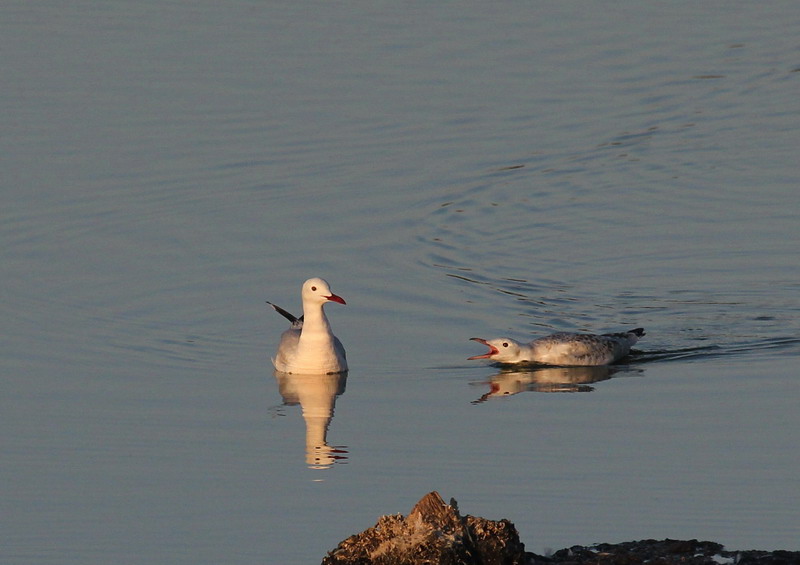 "You are not thinking seriously about 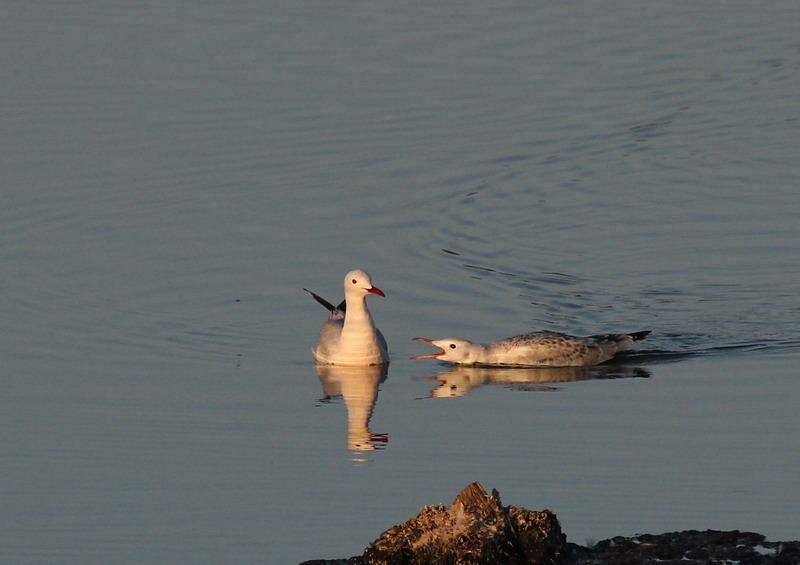 sending me without dinner to sleep?" Such a scene I never have seen before an I just was enthralled! 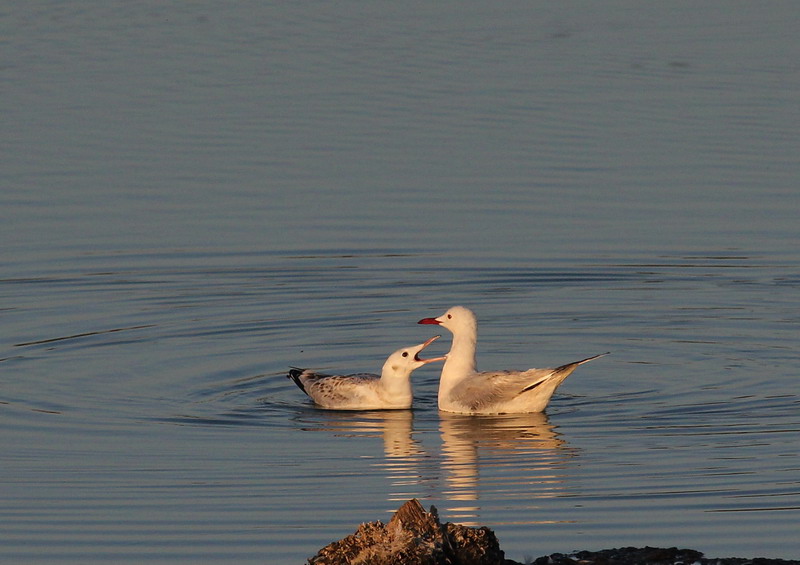 Mum takes off followed by her begging offspring. It is banded with: 8CM. 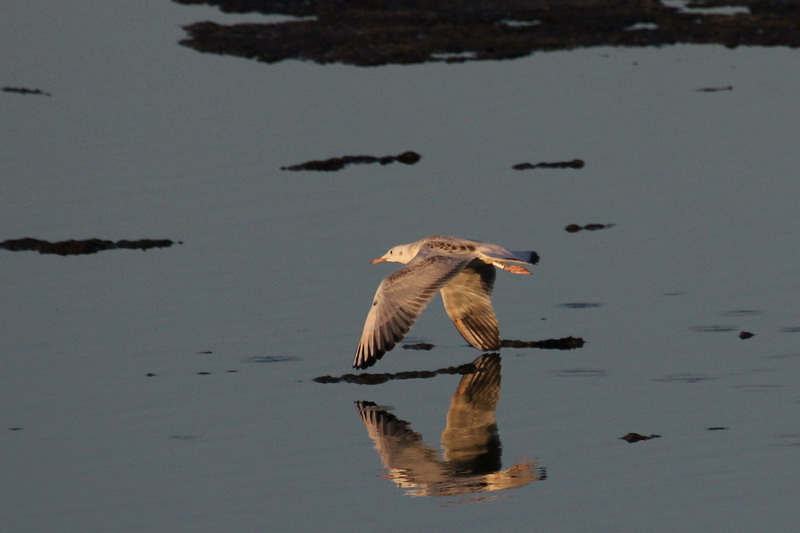 Black-headed Gulls in the last light of the sun 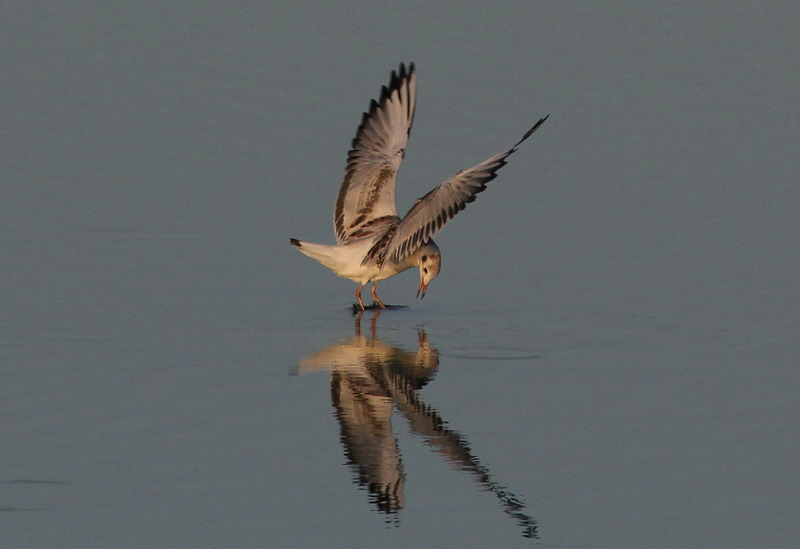 Just terrific these late afternoon hours at the Guadalhorce with comfortable temperatures!