36,5°C the thermometer showed in the car when we arrived yesterday in the late afternoon at the Guadalhorce. That it would become very hot I had realized before, but I have dreamed of Kingfishers and just wanted to see them again. Not even this heat prevented me!

On the way to the observatory i discovered this Black-headed Weaver who glanced at the yellow flower of the tree tobacco (Nicotiana glauca)and ... 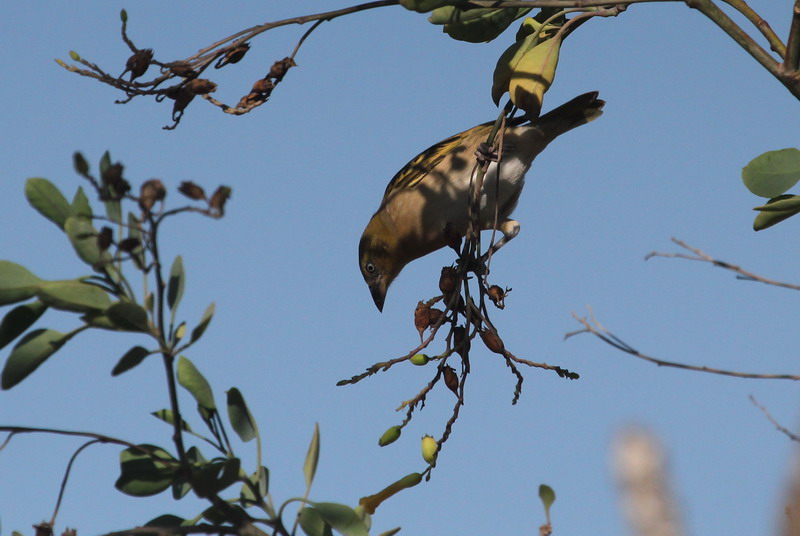 now performed how to get the tidbit: 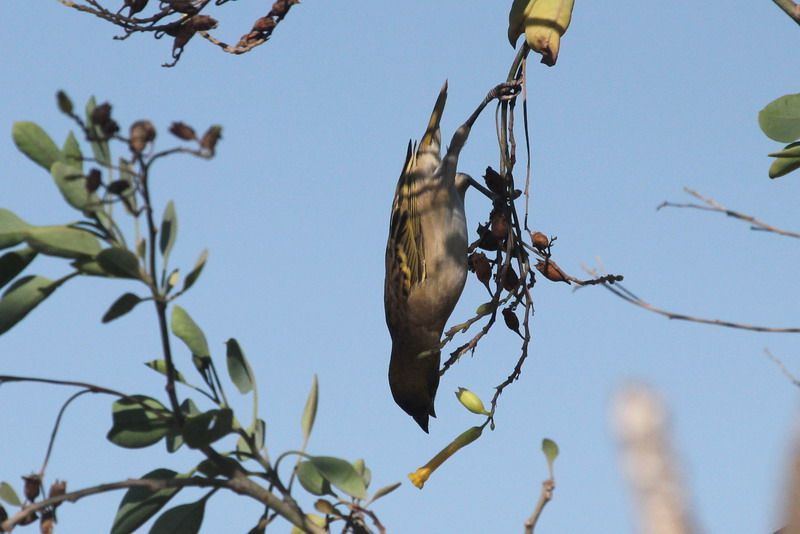 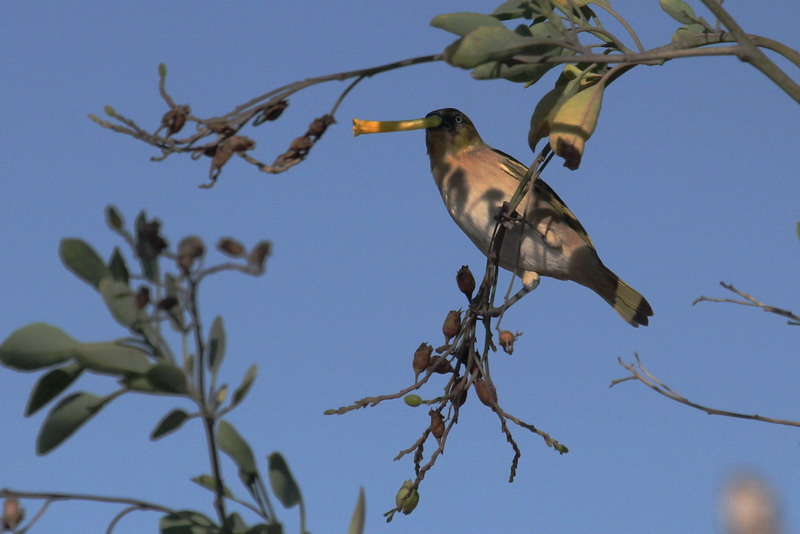 Flower between his feet, the Black-headed Weaver now is posing in a better light. What beautiful eyes he has! 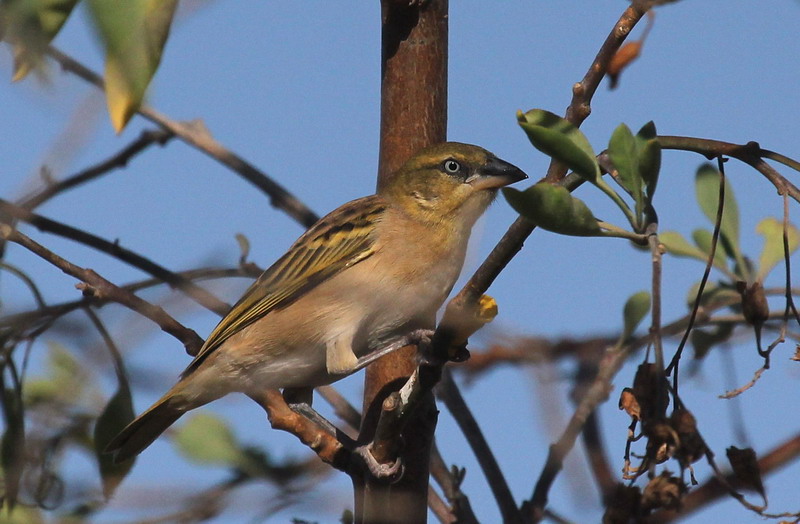 At the big lagoon was this Redshank: 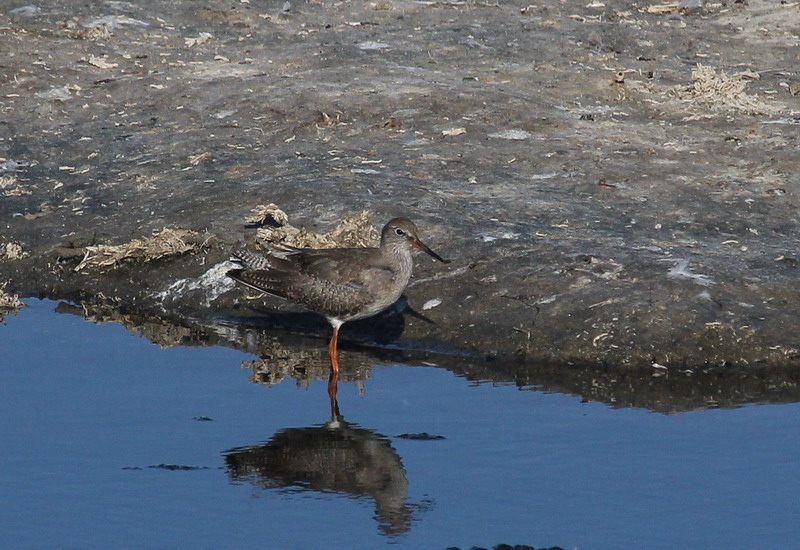 As well the adult and the young Knot, which we had seen two days ago, still were there. Here the adult Knot in comparison to its relative, a Dunlin: 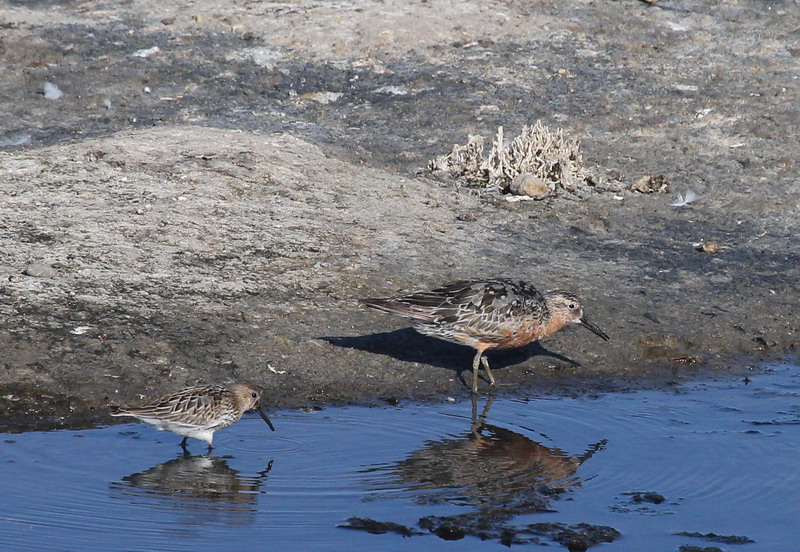 A young Ringed Plover is watching surprised how 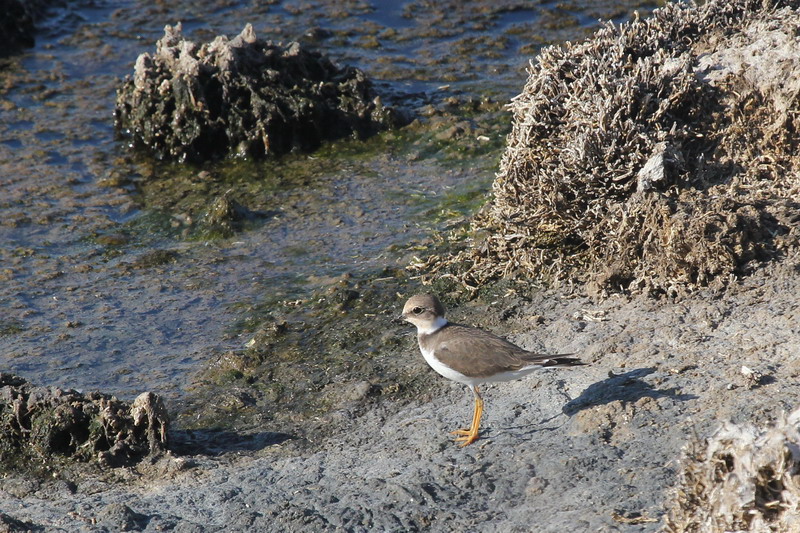 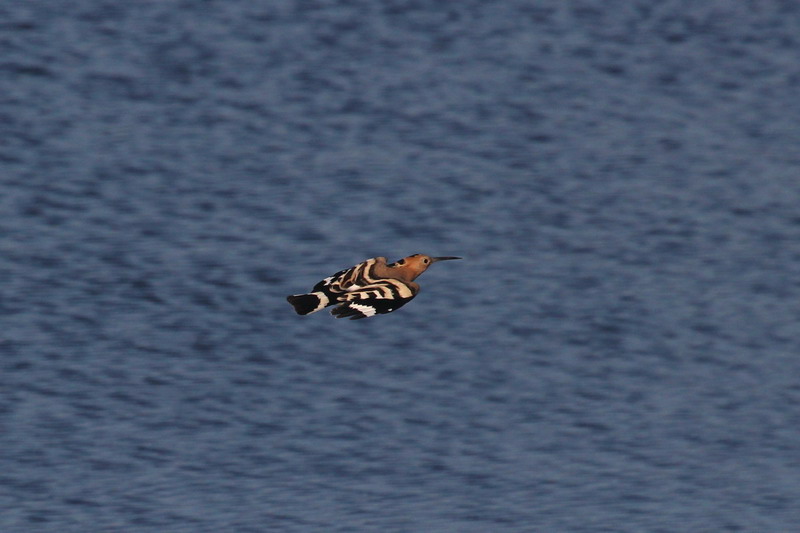 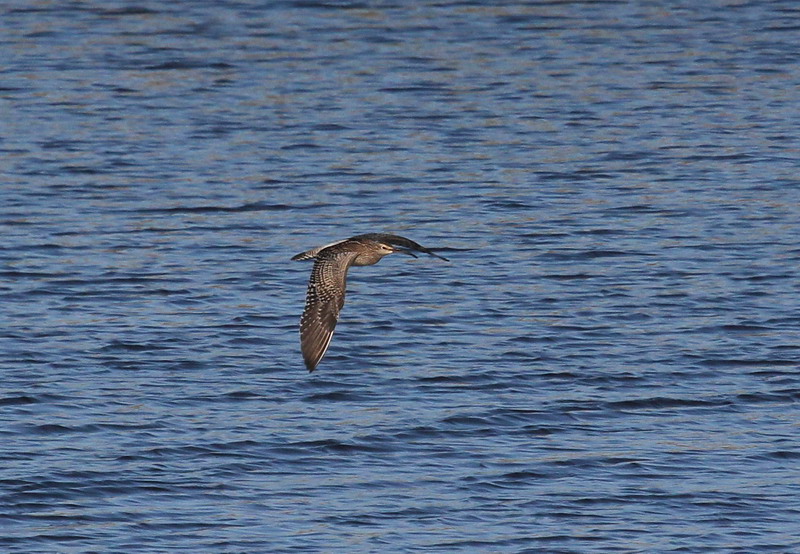 the Little Gull prepares for landing: 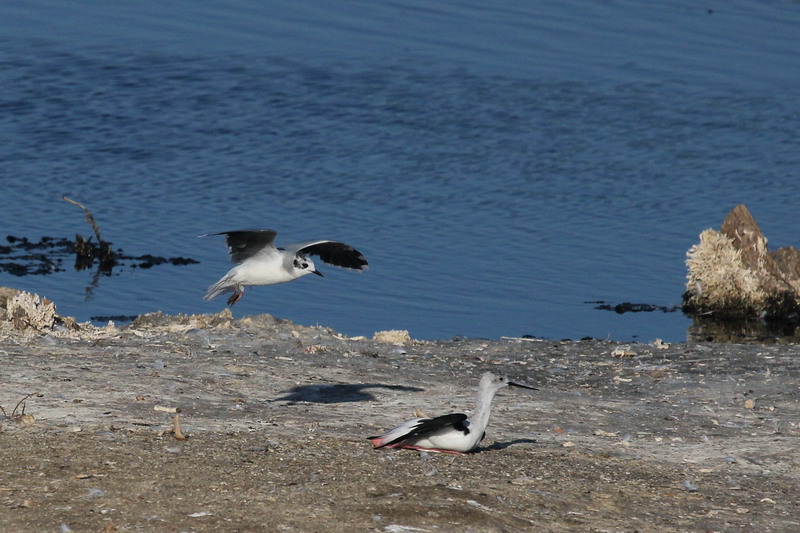 At the beginning of dawn this adult Mediterranean Gull and a youngster (2nd winter) which seems to be ashamed for something: 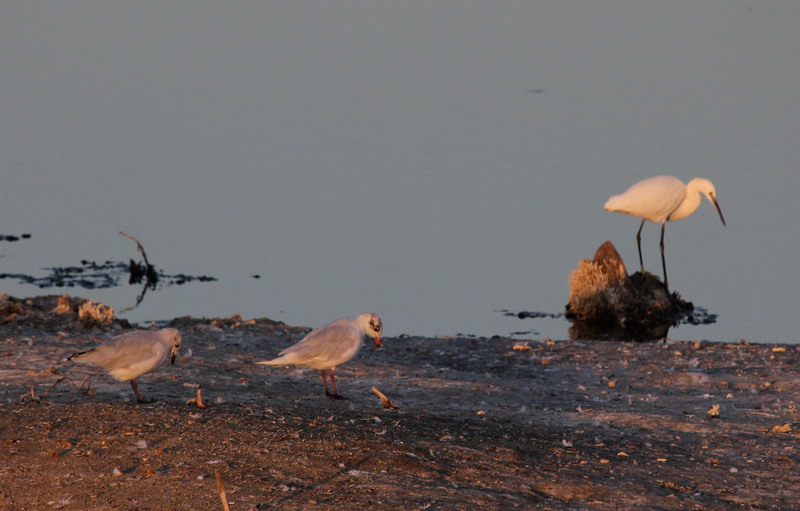 And the Kingfishers? Well, I got what I was hoping for!

"Full concentration, because I discovered a Shrimp and 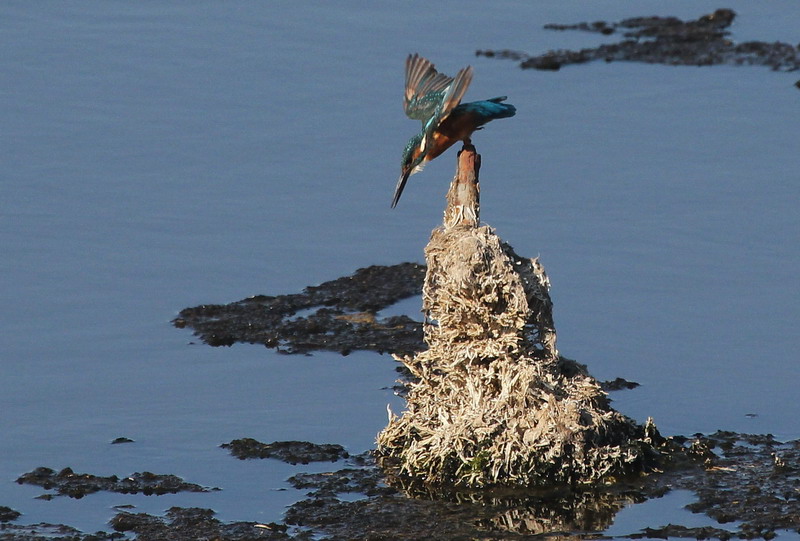 encouraged dives into the water!" 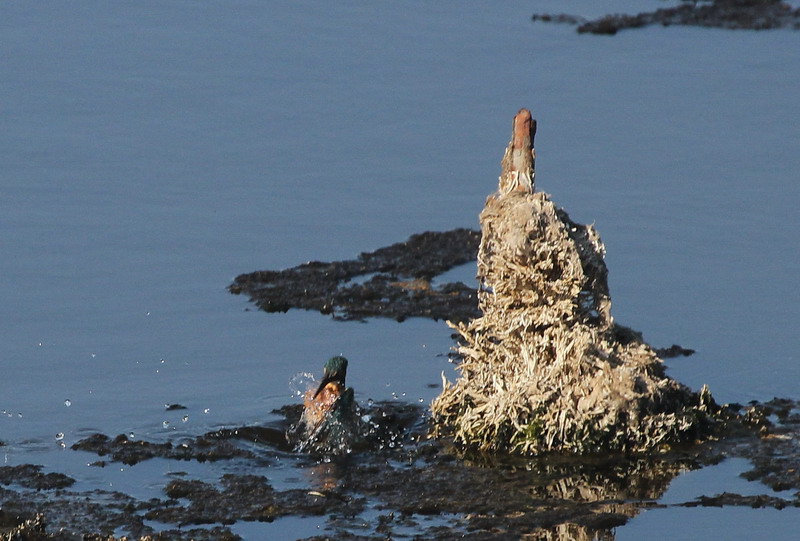 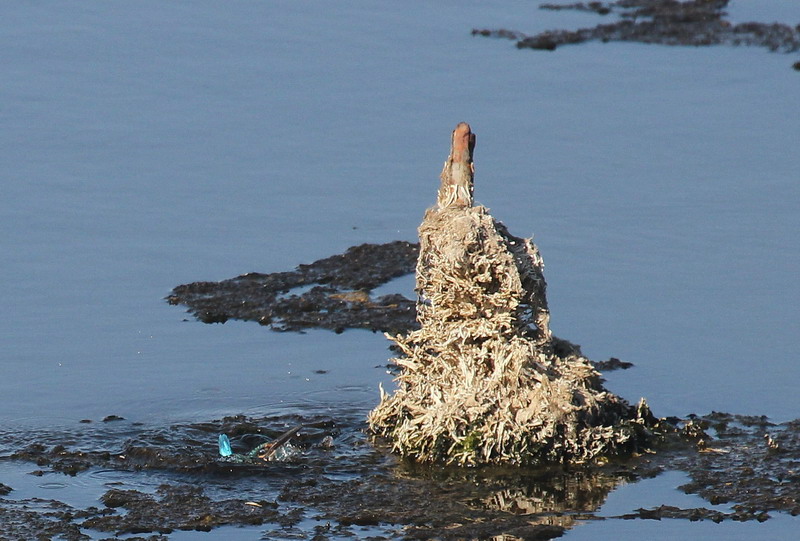 "Well than I'll fly back to the raised hide!" 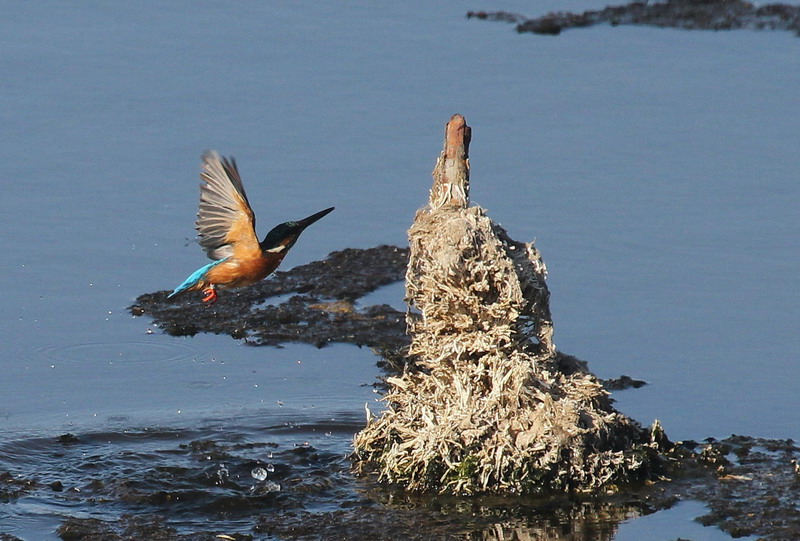 From all raised hides 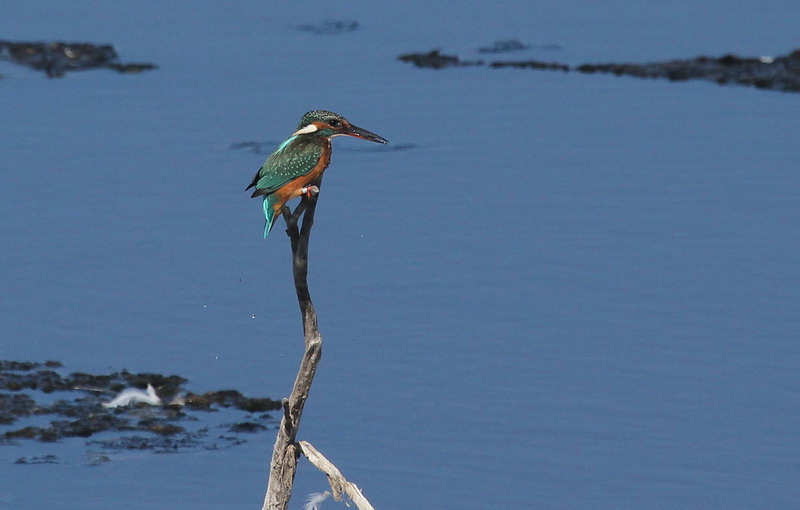 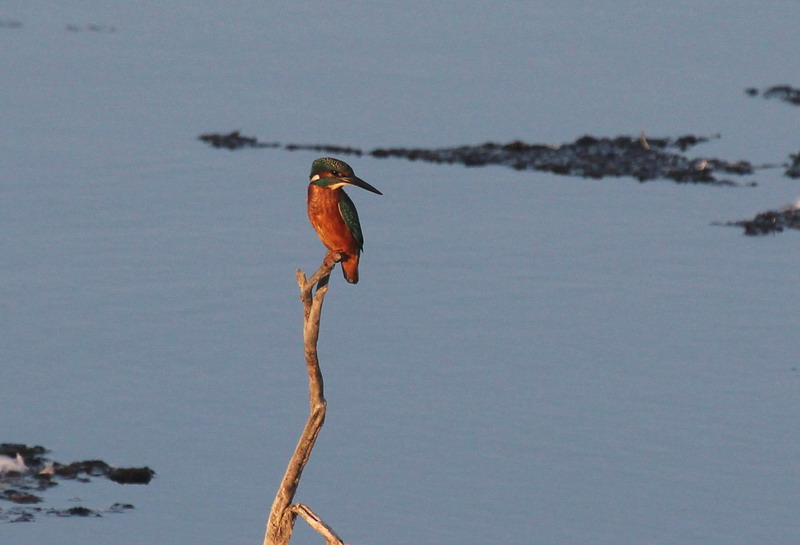 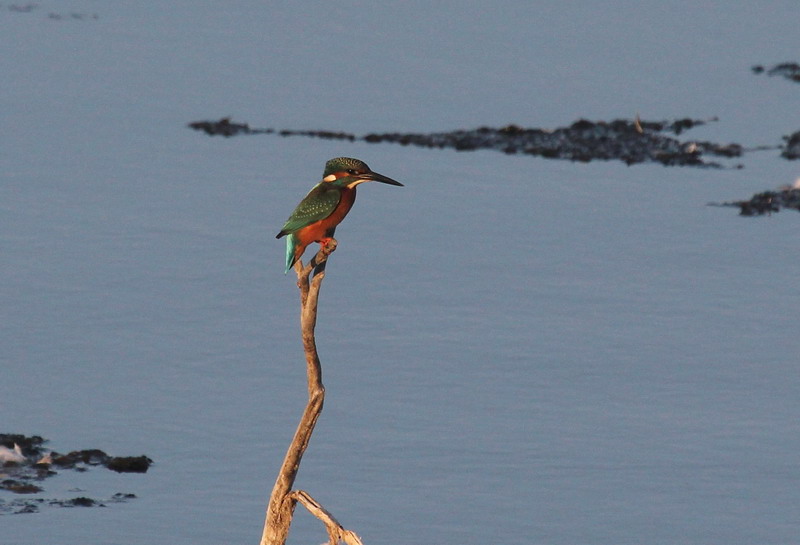 "That's it! I'll rather take my chance 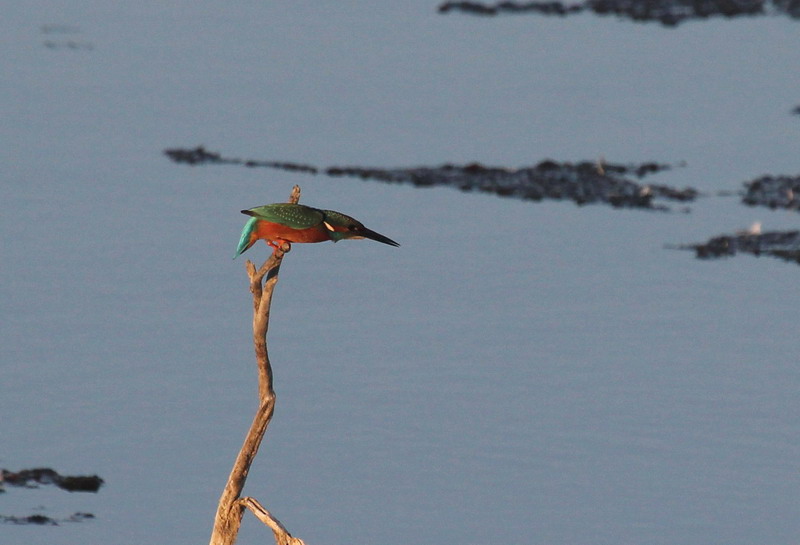 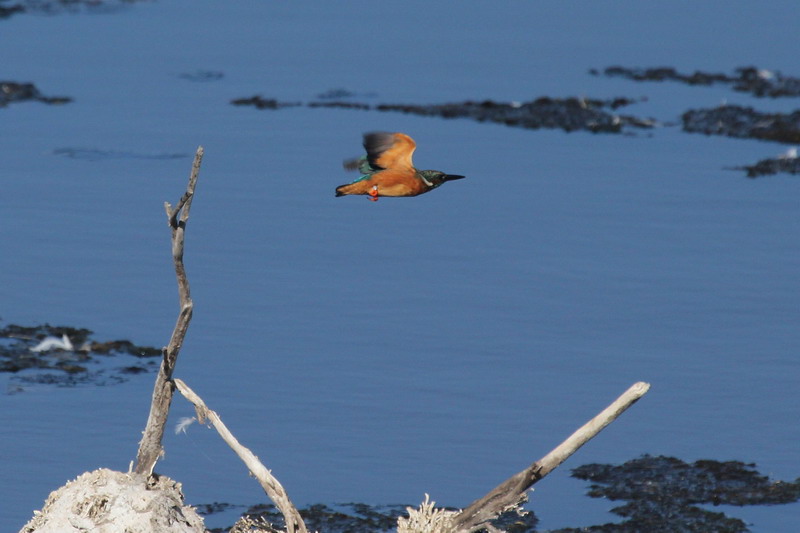 Who would wonder, that someone wants to enjoy the Guadalhorce-Mouth up to the last light! 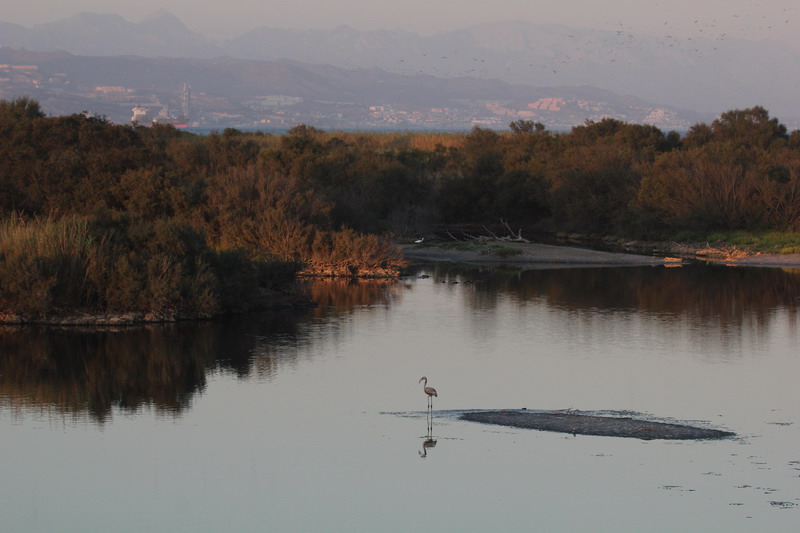