It is just marvellous what is going on in the marshland of Guadalquivir! Thousands and thousands of birds winter in these widths and enjoy their lifes on the huge fields and overflooded areas in these autumn and winter months. And we had been there, on the weekend, in this beautiful area! Of course we also paid a visit to the Saline at Bonanza. But it had rained and this brought cold sweat on our foreheads.

More about that later! - Lets start with less words and many many photos!

The meadow pipits flew around in flocks, but in front of our lenses we only got this one: 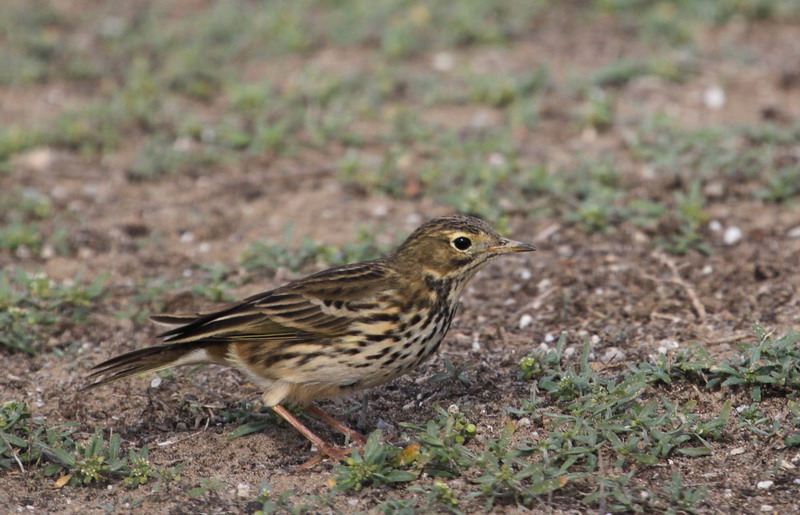 And as usual the stonechat-couples are hunting close together. Here the female and ... 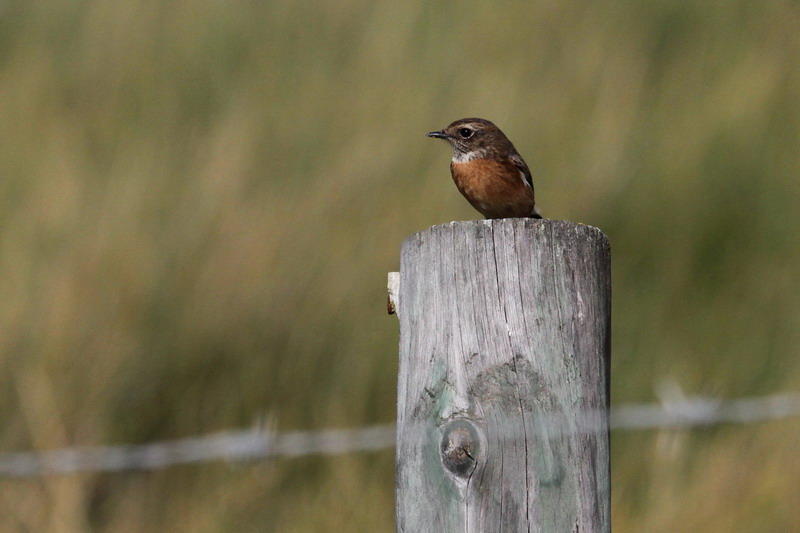 ... only a little at distance the male: 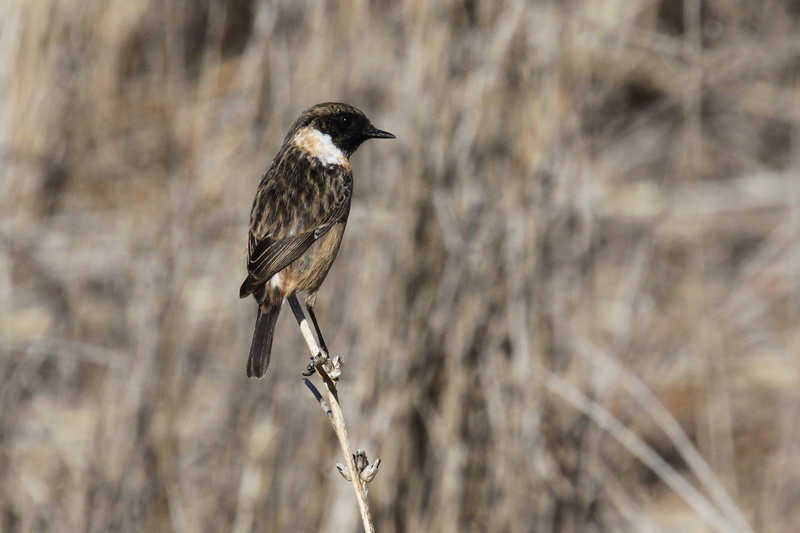 Flocks of pied avocets and ... 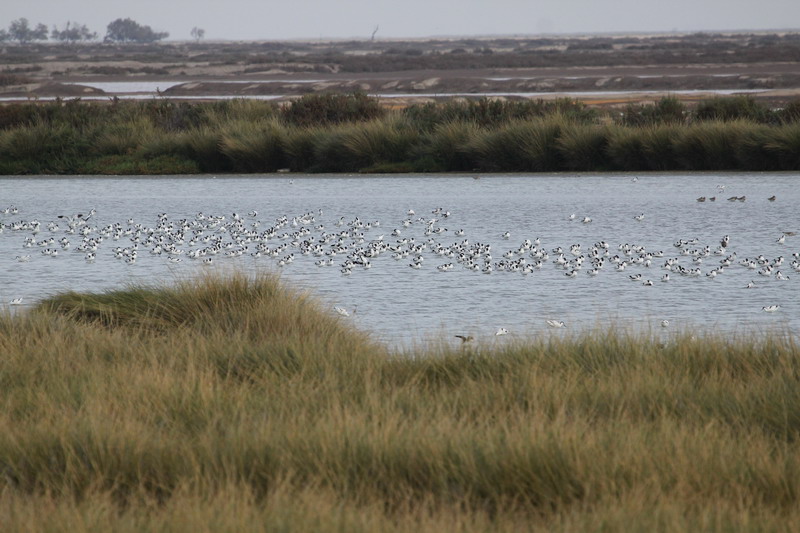 .... dunlins populated the saline at Bonanza: 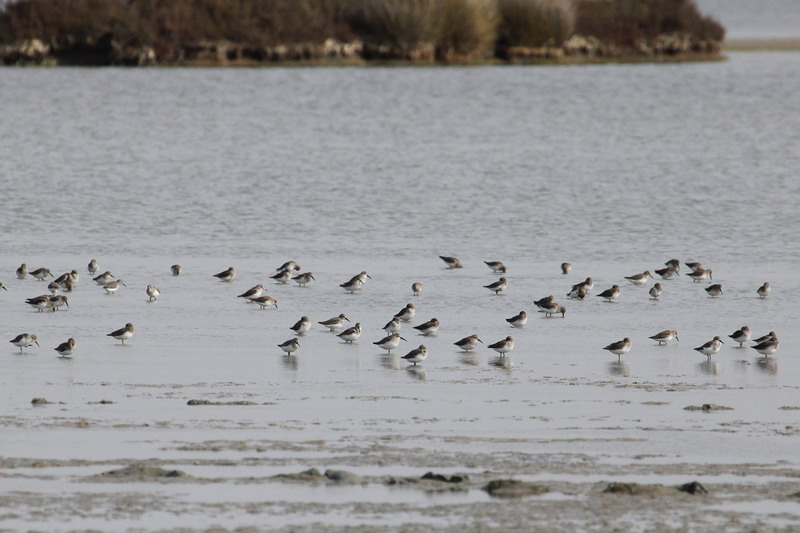 And also a group of black storks had a good time there: 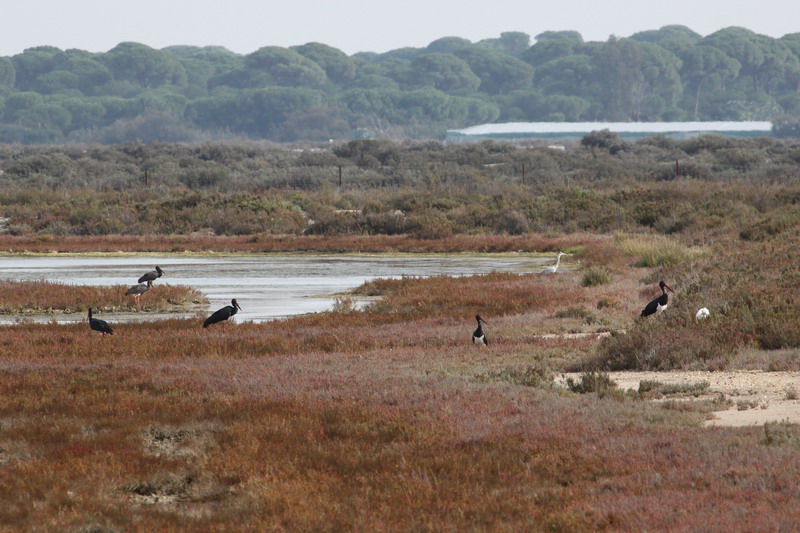 Again and again we saw black storks in far distance starting for a new feeding place: 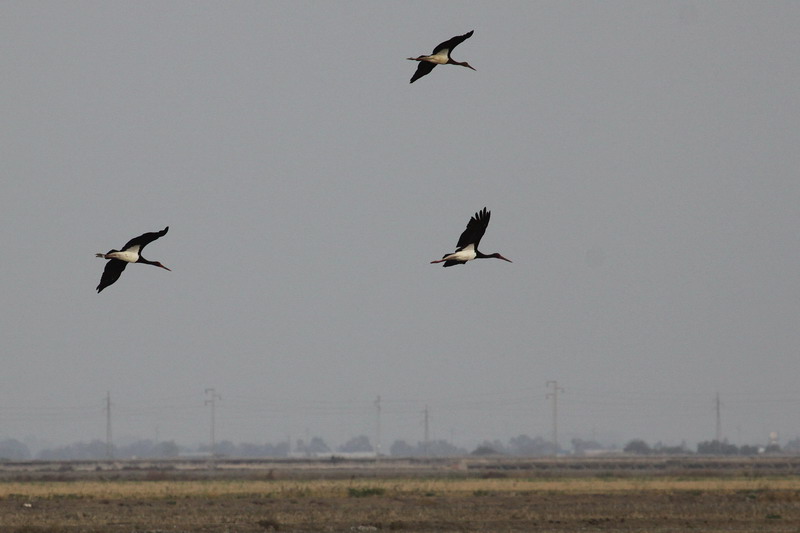 Despite the first day was quite overcast, this landscape ... 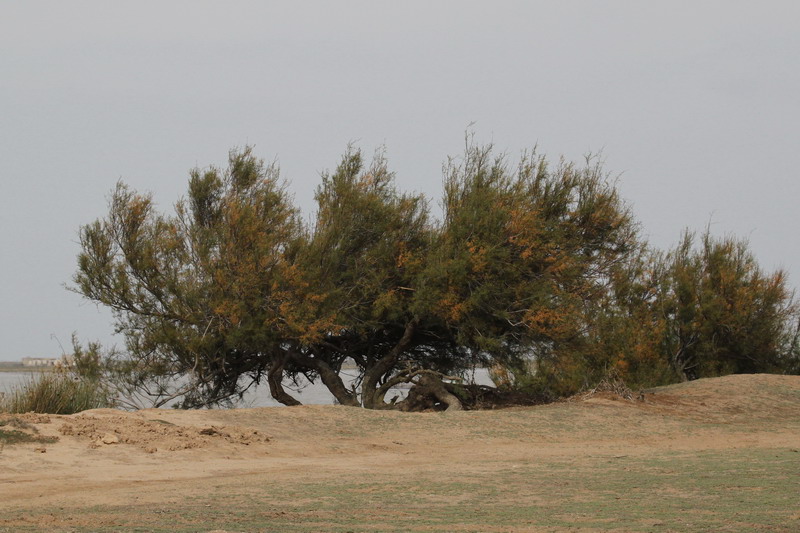 on the left Guadalquivir-bank provides in all ... 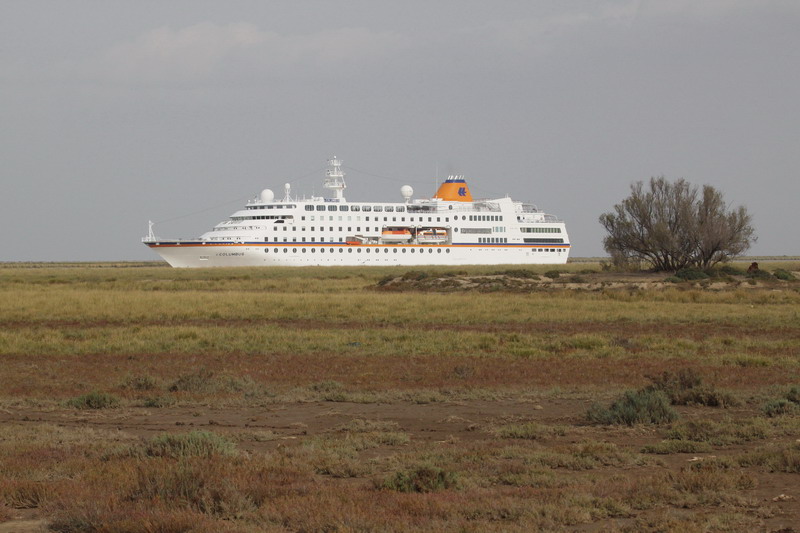 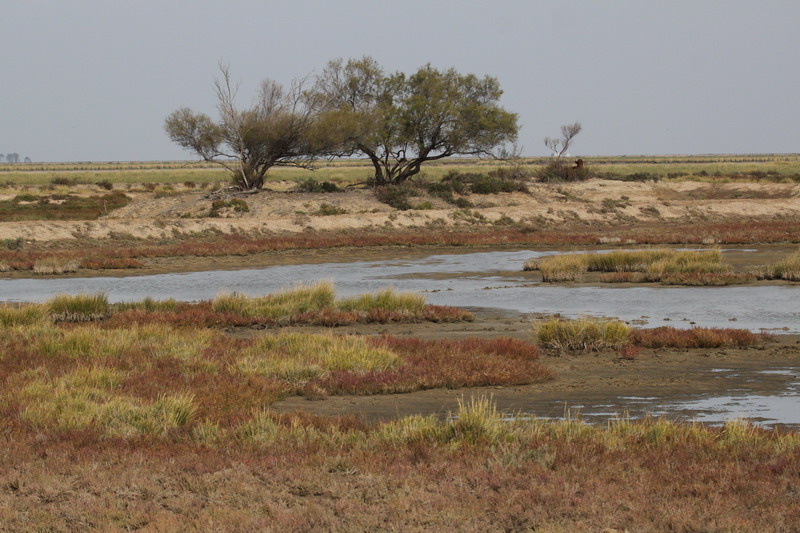 But we should be sorry about, that we made these photos, because - as I told already - it had rained and the ways were bad and became more and more slippery. Until we drove the last two kilometers so to say on pure soap and the car was skidding out of control and the steering wheel didn´t react any more. Puuuh, that was frightening. And looking for birds, - impossible in that situation. It was necessary to get out of this deserted bog! In the end we had to cross this part of deep bog to come to a sealed road: 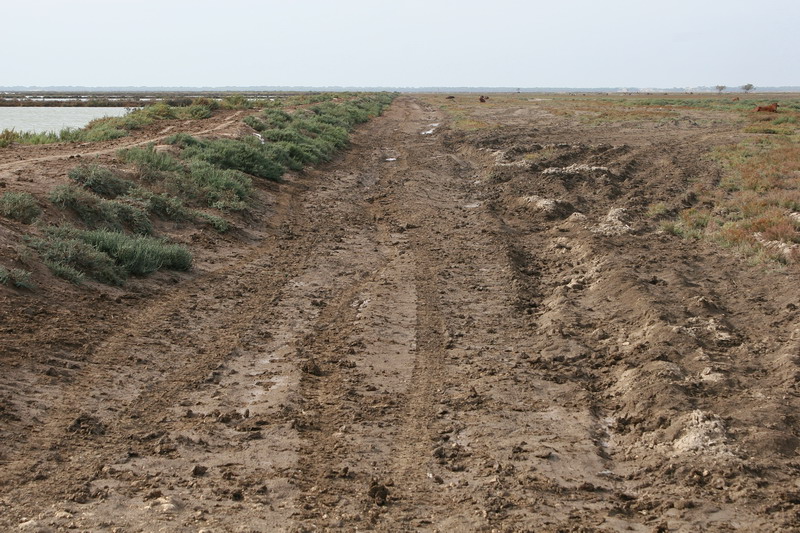 We made it! That was how the car looked and myself even worse!

- Without four-wheel drive this route is impossible to recommend when it had rained. 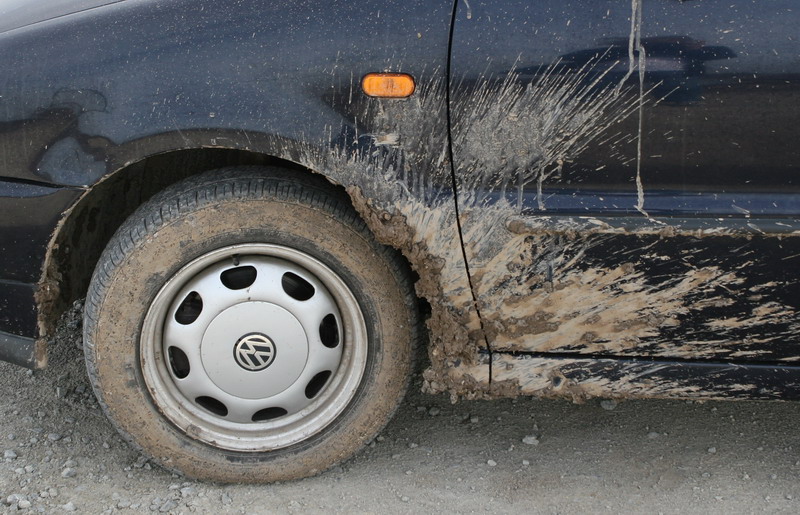