On the weekend we couldn´t do else but go to the saline at Bonanza! : This time with the difference, that we extended our adventure on this deserted roads and drove upriver in the direction to Seville. This we did already a few months ago and were hopeless lost in middle of the rice fields, channels and even more rice fields and more channels which at some point suddenly looked all the same. And there is nowhere a single individual you could ask how to leave this labyrinth. And in these wide spaces there is not even a village in sight after which you could orientate yourself. At that time only the position of the sun and lots of patience helped us to come out again. This time we sweared not to leave the main road! : And it worked! Next time we might be more courageous, because this area is just much too terrific just to stay on the main roads!

In the saline of Bonanza many flamingos, pied avocets, black-tailed godwits, redshanks and much more was standing 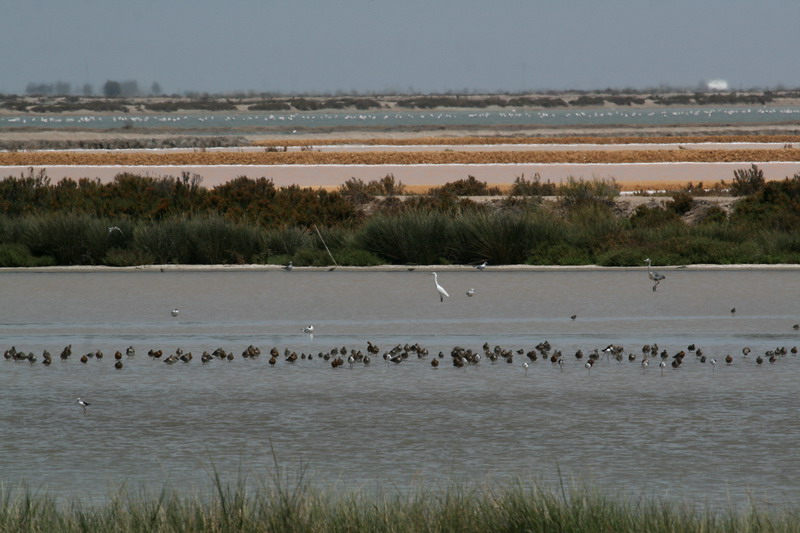 only but too far away for our lenses: 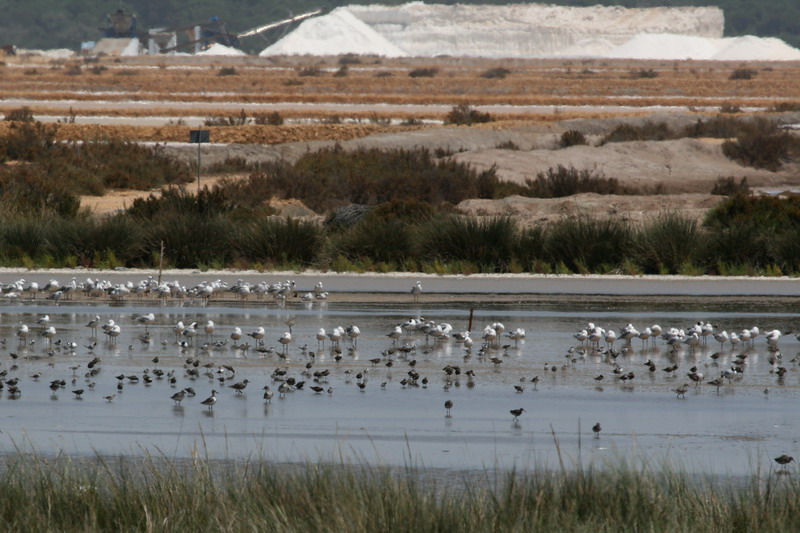 Only this redshank did us the favor to pass us flying quite closely: 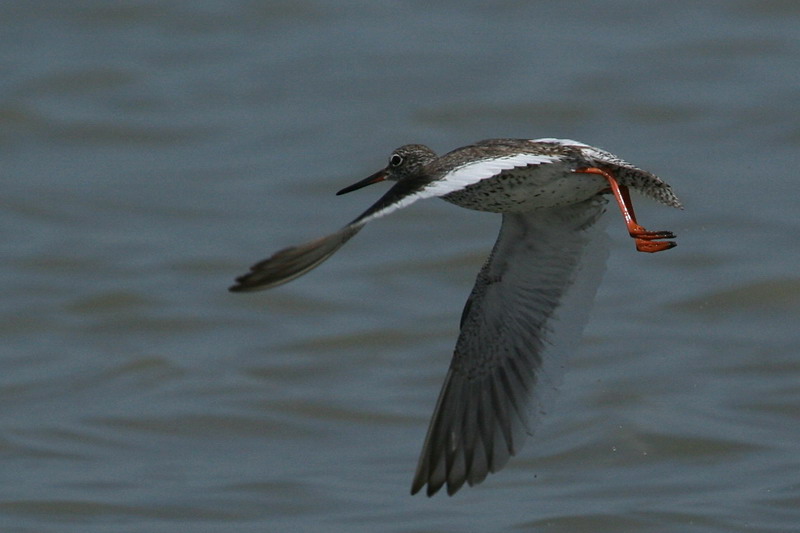 So we continued our acquainted way and stopped again and again, because behind a high bank many basins were hidden. But no, there was hardly something to see, until, yes, until we discovered this spoonbill colony: 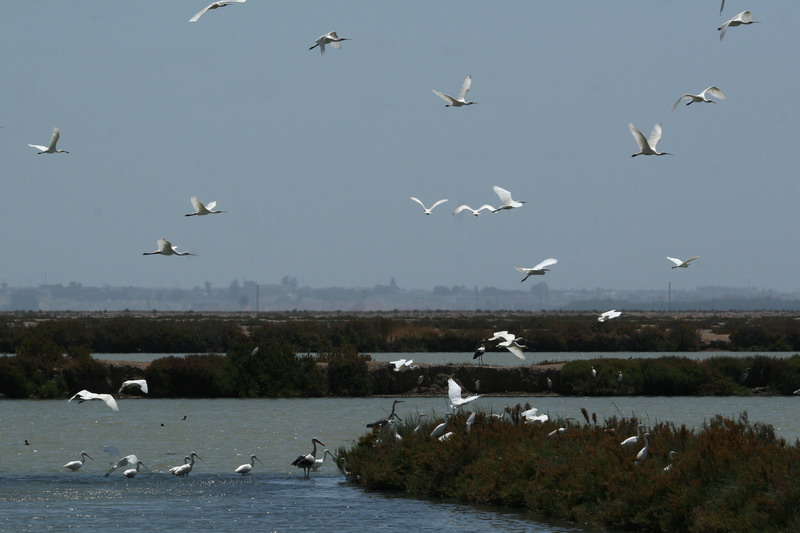 Infected by the restless nervousness of the spoonbills also Mr. White stork and Miss Heron started: 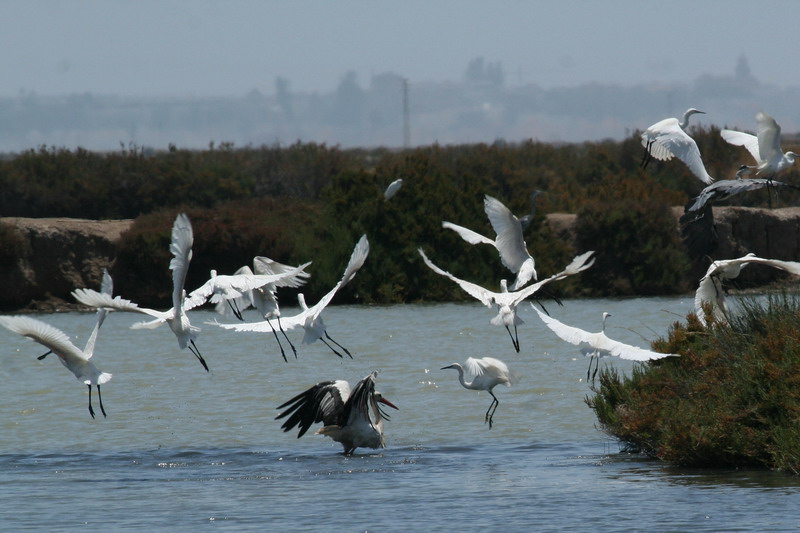 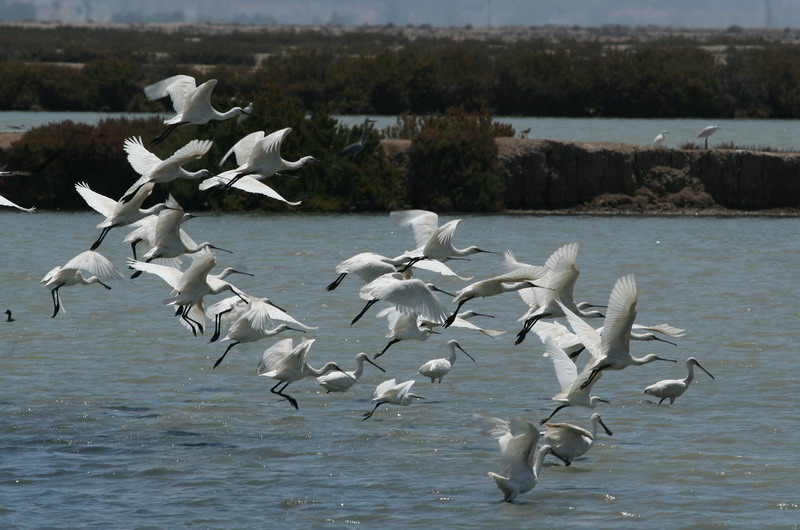 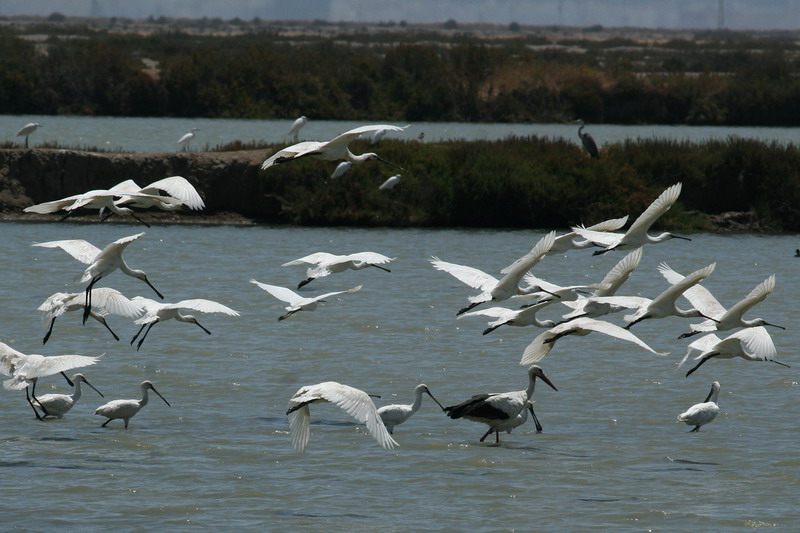 was supported by Mrs. White stork, who 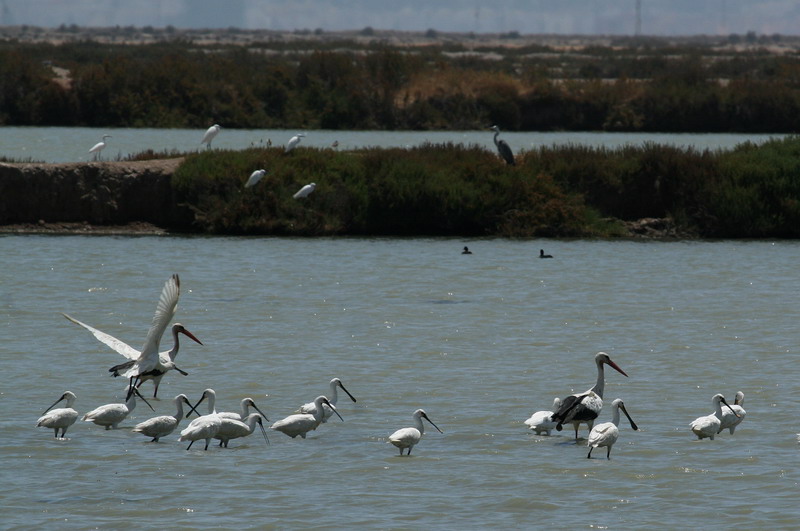 admonished the spoonbills to be a little calmer in the saline: 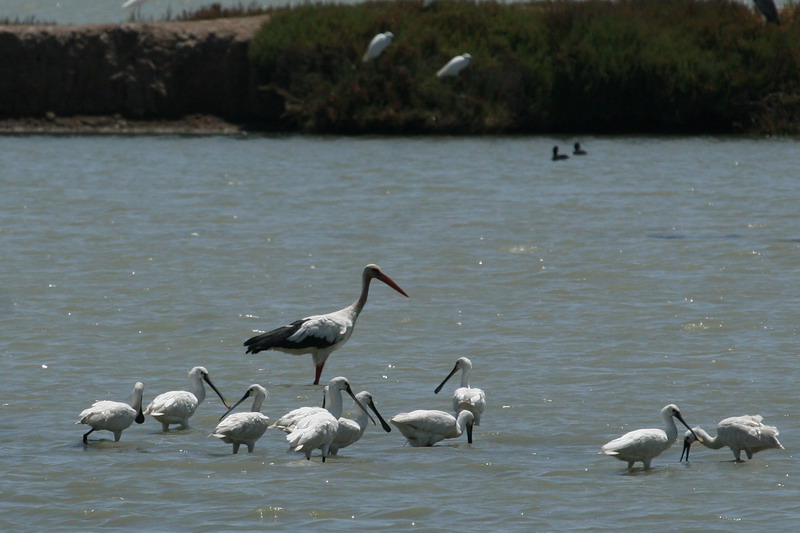