The vultures-restaurant and Saline at Bonanza
August 29-30 2009

as the title implies: finally we were able to observe such a famous vulture-restaurant with our own eyes:

We had been driving on the highway on our way in the direction to Jerez to spend a weekend in the saline at Bonanza, when we saw a huge crowd of griffon vultures in the sky. My goodness, what was going on there? After five kilometers there was an exit from the highway which we of course took to drive back on a side road.

And there they were the griffon vulture crowd! 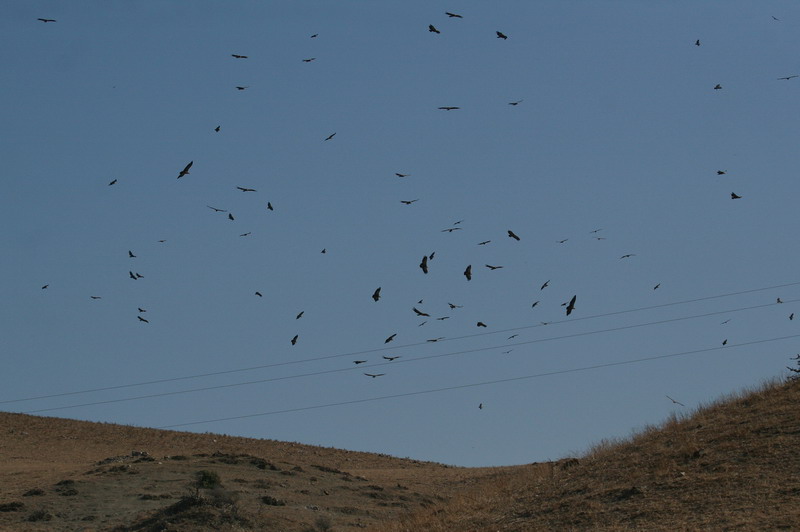 Down at the bushes there must lay a dead animal, because there was the biggest crowd: 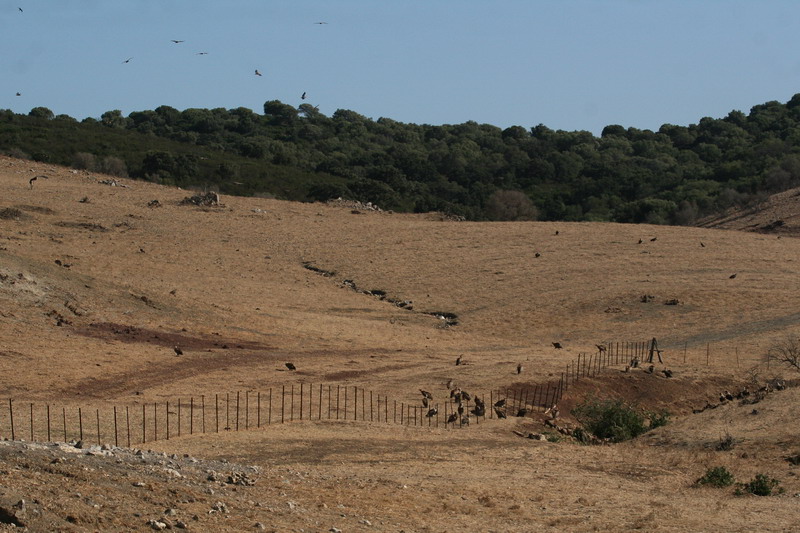 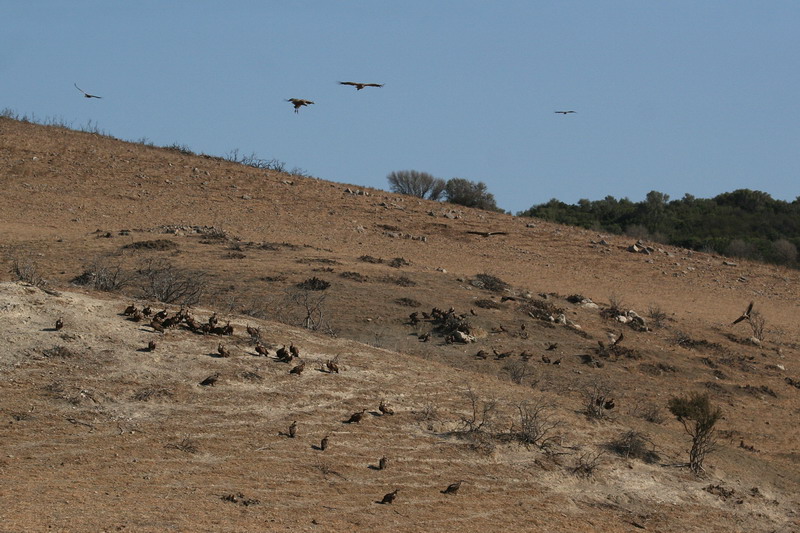 watching the action of the goats: 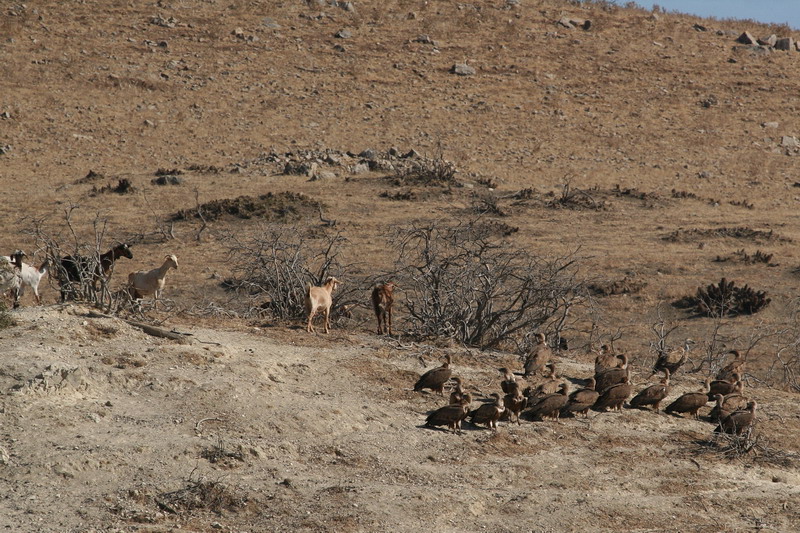 Unbelievable impressive to see so many of these big birds - there were definitely not less than 200 - sitting around the festive dinner table! 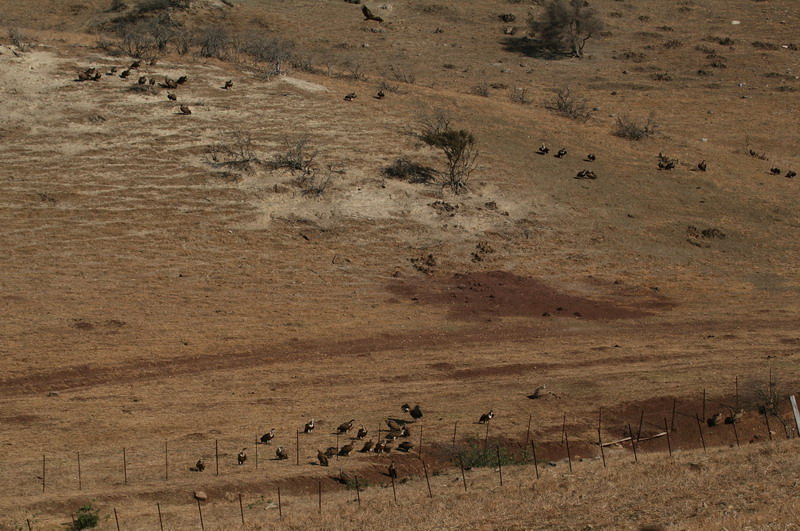 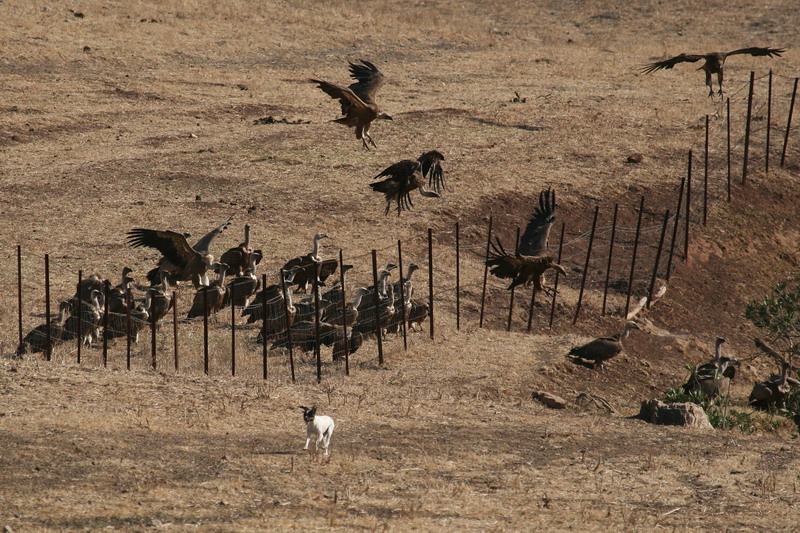 queue up in the waiting line: 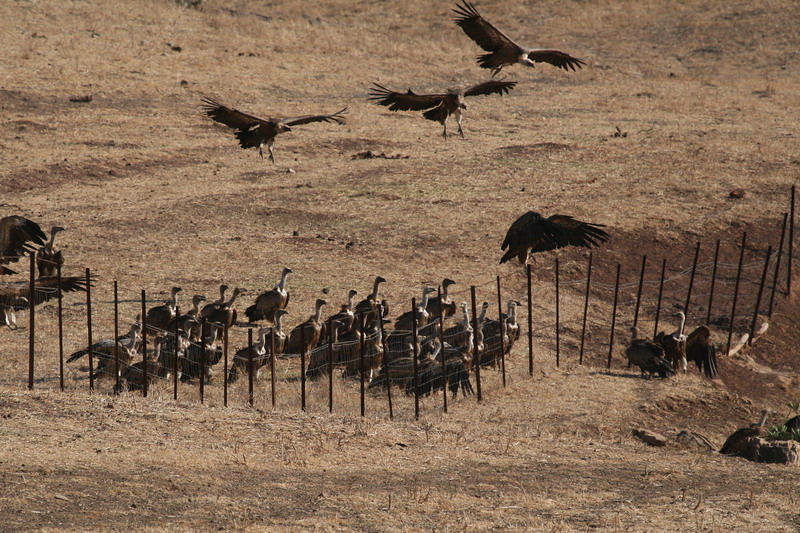 Young and adult animals, all wanted to get some food and to perform their duty as 'environment police'! 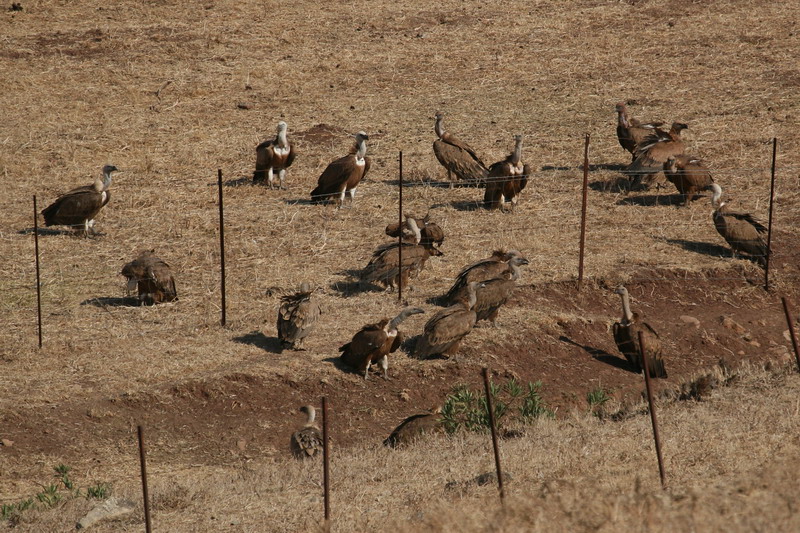