What a terrific day we exerienced again at the Guadalhorce!

Unfortunately the ring of this Robin is not readable 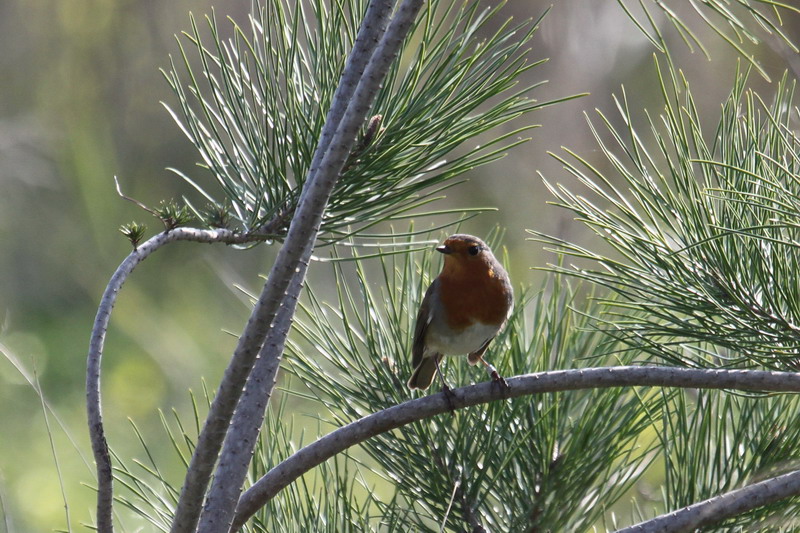 "Well, my conspecific could have come as brave as me a little closer!" Proudly the little fearless Fantailed Warbler is sitting right in front of the observation hut. 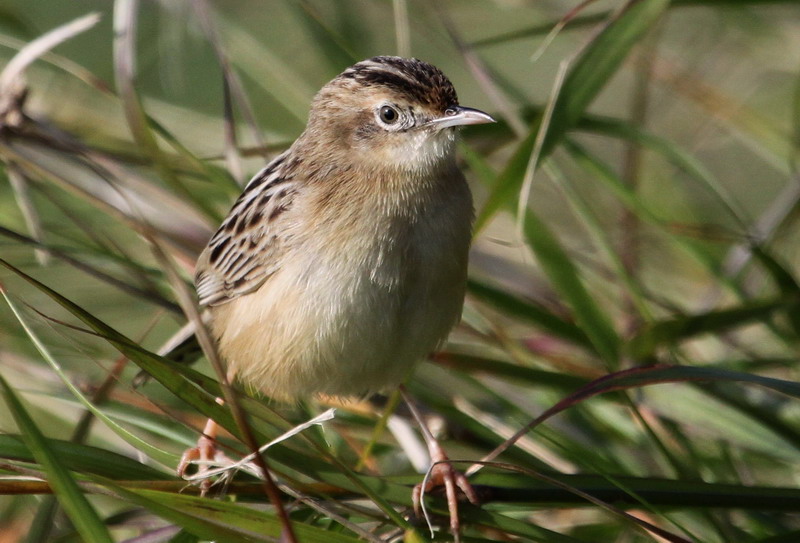 Yesterday in the neigboring lagoon, situated in the middle of the industrial area, 6000 herons were counted on sleeping trees!!! 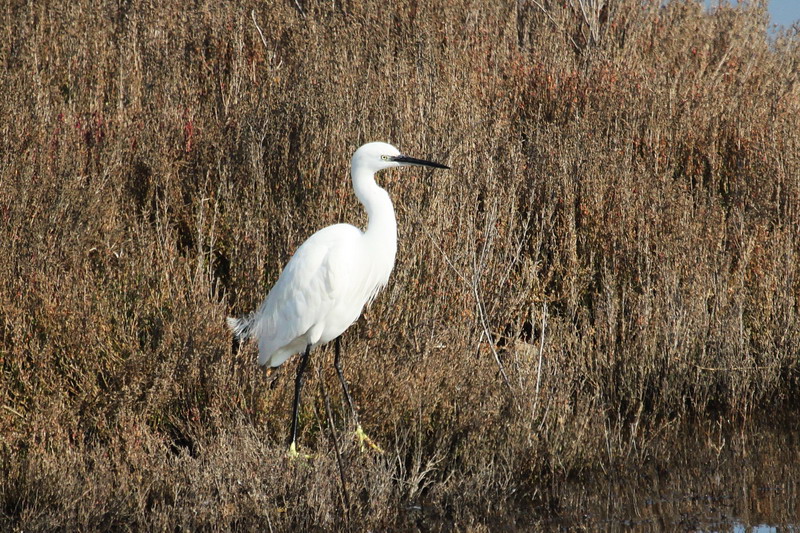 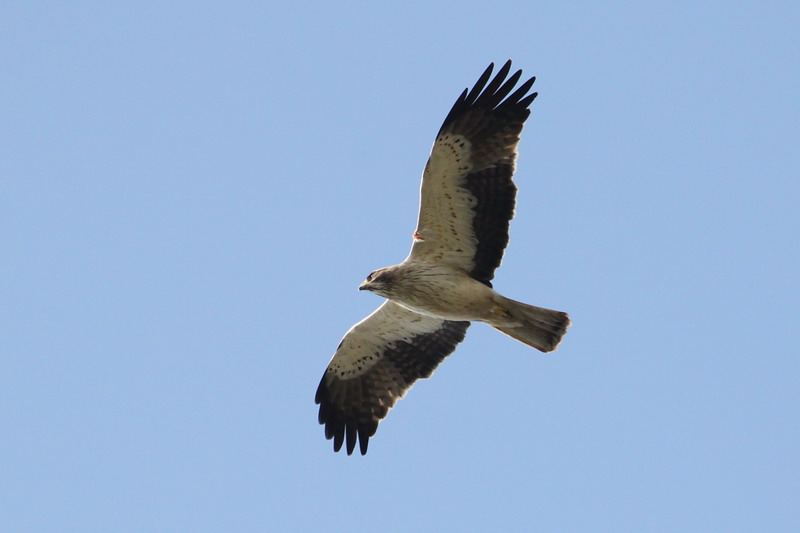 Another Booted Eagle for a short time got into a scrap with a buzzard. High up in the thermals which both used: 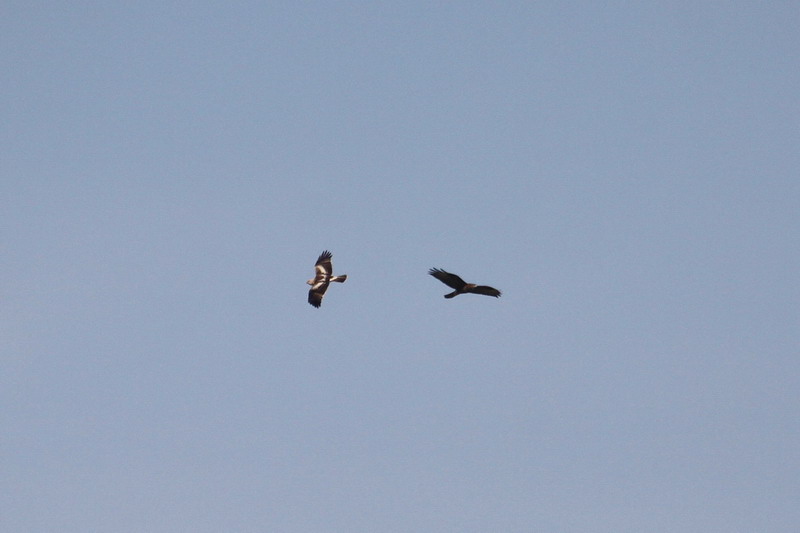 Today beside of this female Marsh Harrier also a male was there, from which I unfortunately wasn't successful to make photos. 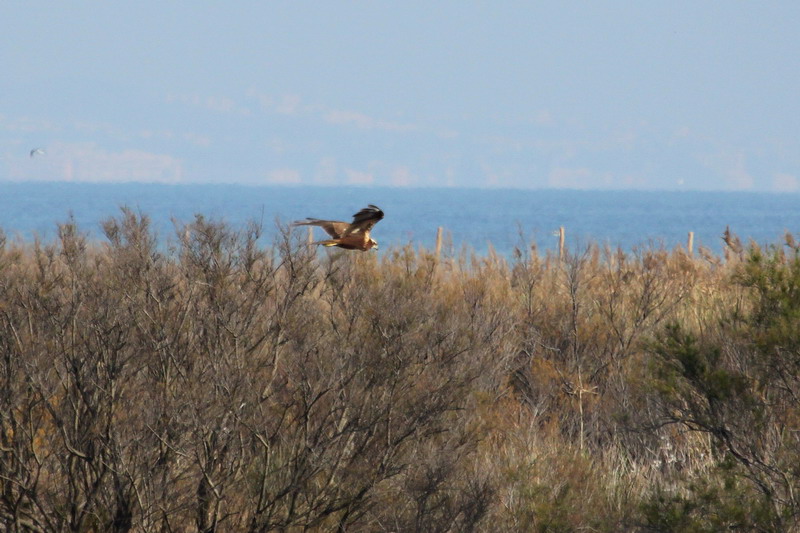 "That good my hiding place does not seem to be! These bipeds discovered me!" 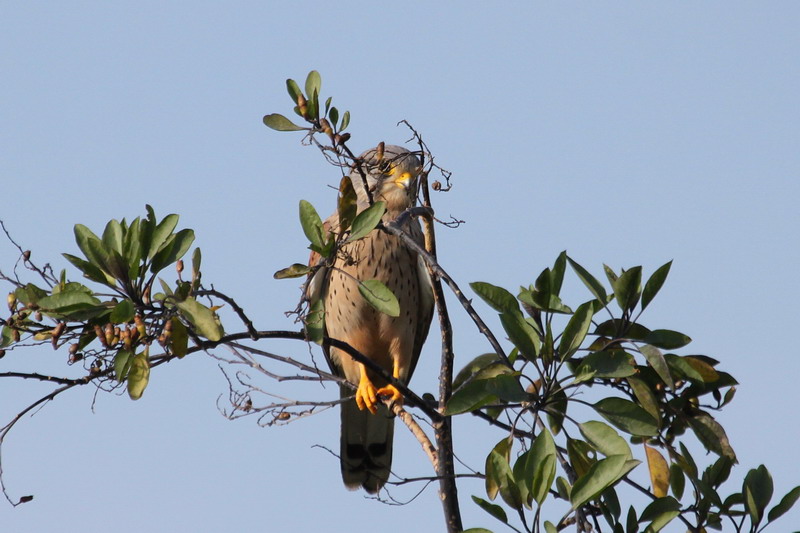 "Well shouild they make their photo without the disturbing branches! I don't care!" 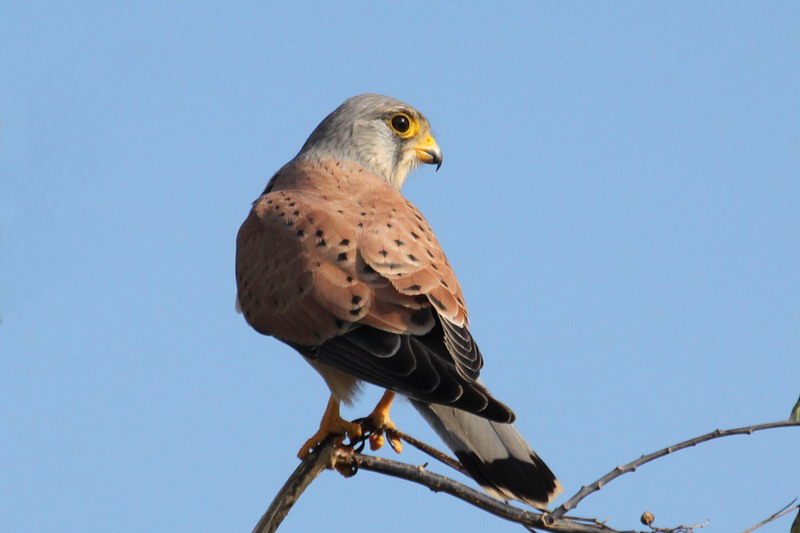 Proudly the male Shoveller Duck is watching over the sleep of his mate: 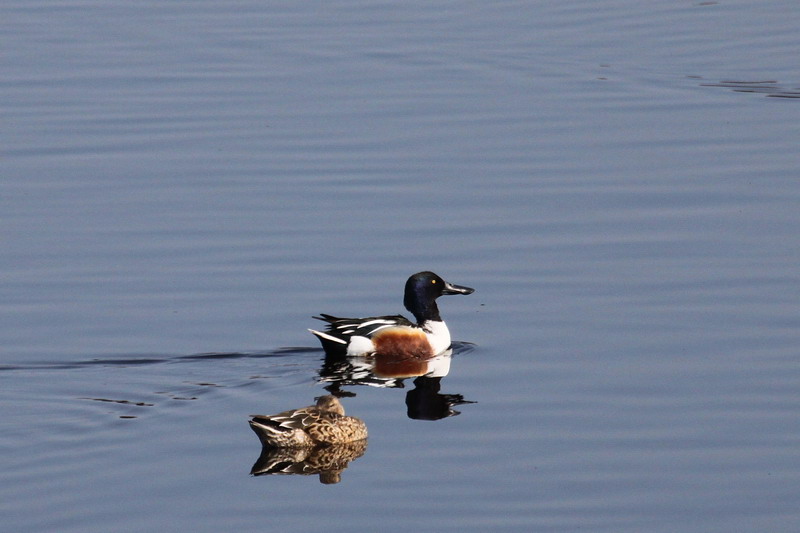 And when the Marsh Harriers carried things too far, the little flock of Shoveller Ducks flew another round: 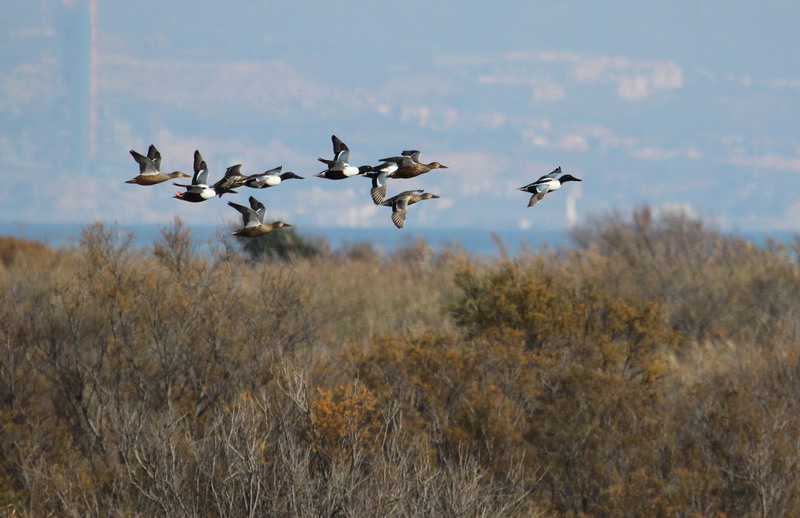 Coquettish a female White-Headed Duck chuckled through the lagoon: 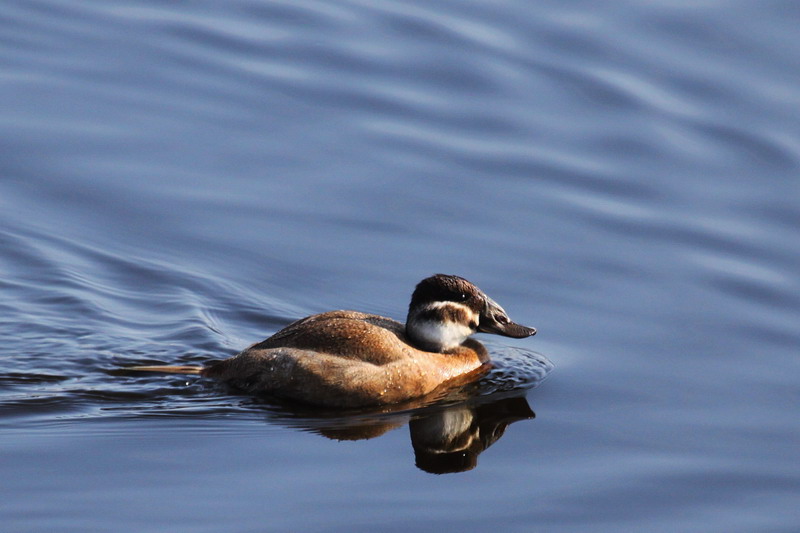 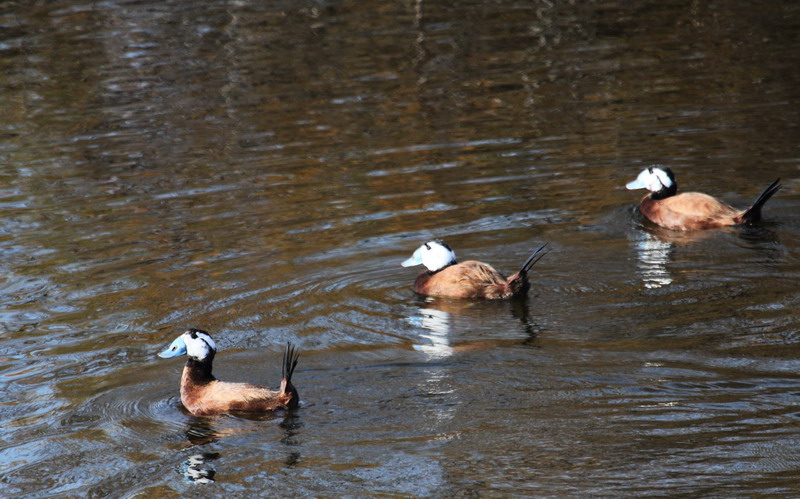 Only one male is allowed to accompany the beauty, the other two 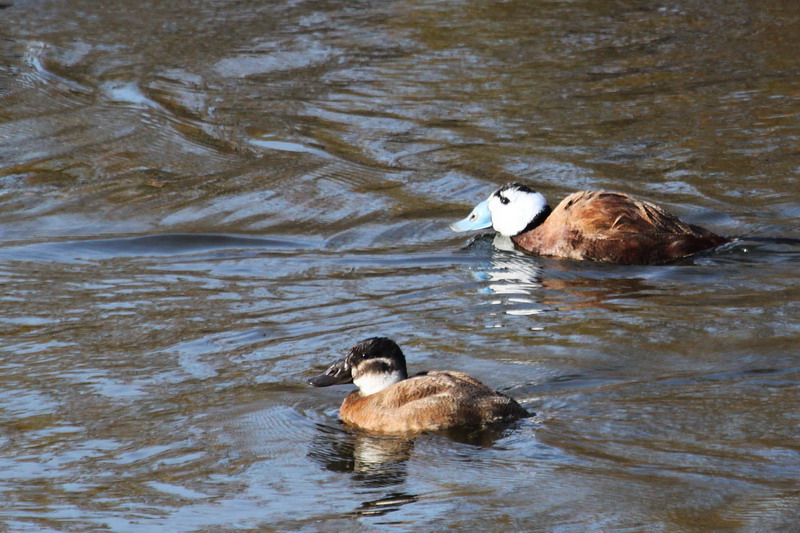 clearly require Mr. Pochard immediately to leave their territory, just to take the fight for the affection of the female more and more fiercely within the next days: 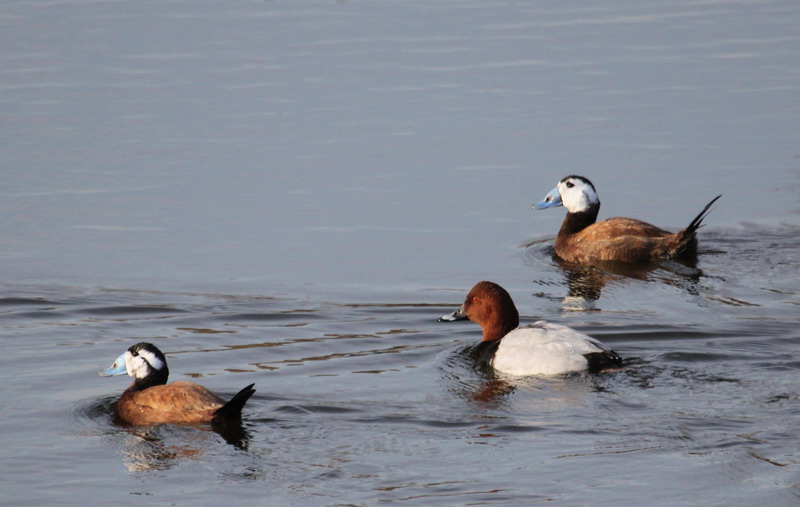 30 minutes before sunset we discovered two Short-Eared Owls and

even could watch (also not to make a shot because of the too far distance) how a furious Kestrel chased them away from his territory. Also the Marsh Harrier didn't like the appearance of this nightly raptors at all! 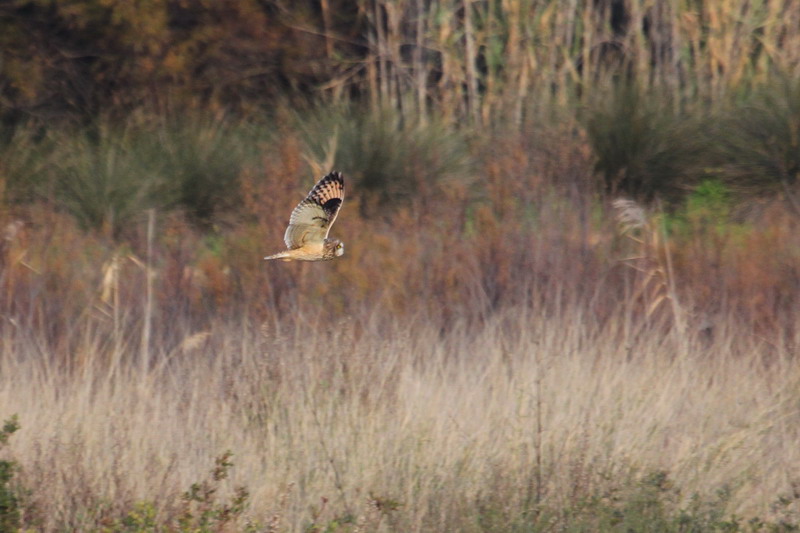 One of the Short Eared Owls first had to recover from the shock! 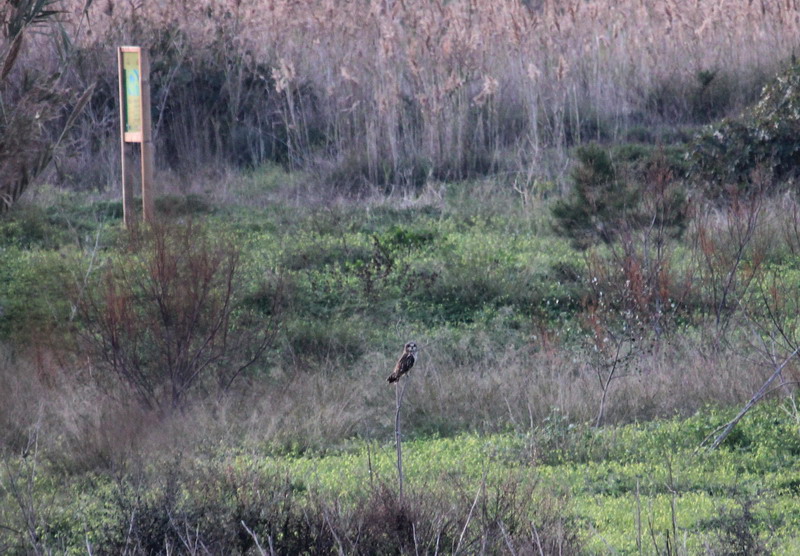 And then, it was nearly dark already, one of the Short-Eared Owls came directly into our direction. We stopped breathing. Would she really keep this course and fly very low above our heads? She did! Unfortunately the photo is pretty bad, but this moment was just terrific! 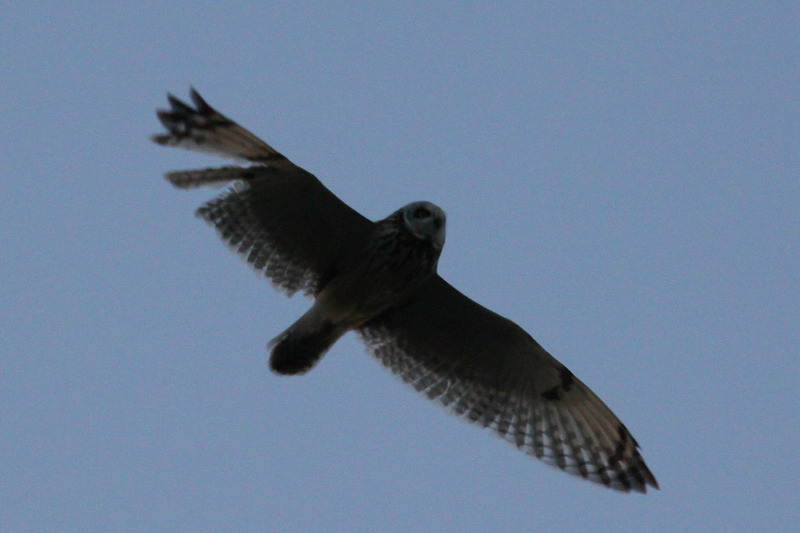