The duck lovers who were not better off on these dull days then we were, would have 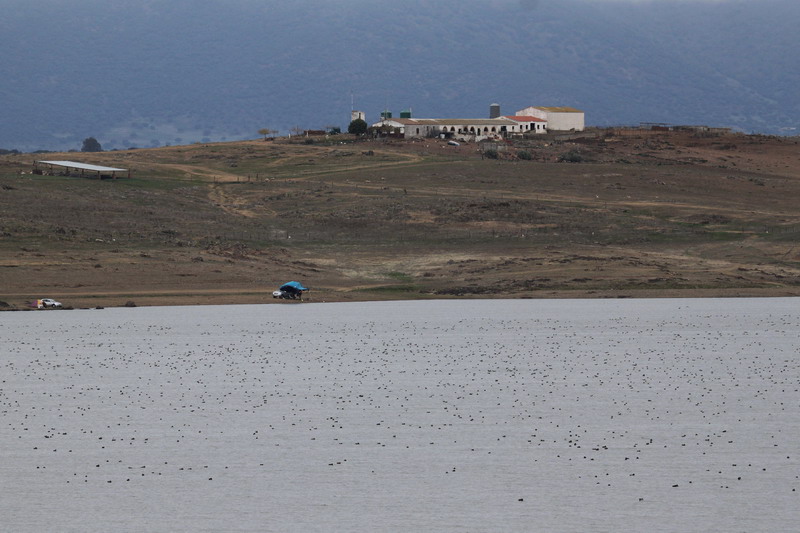 at the artificial lake of Sierra Brava

observed and counted the 100.000 there wintering ducks and water birds rather at beautiful weather: 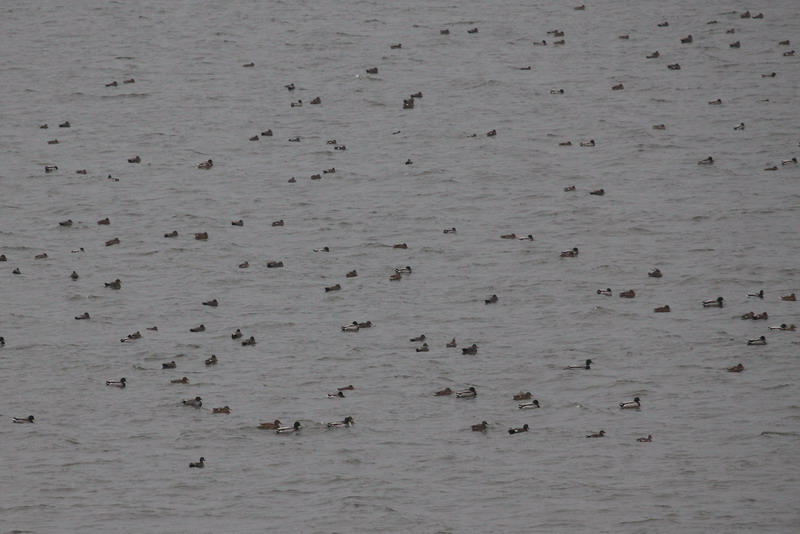 Some only made an overtired nap: 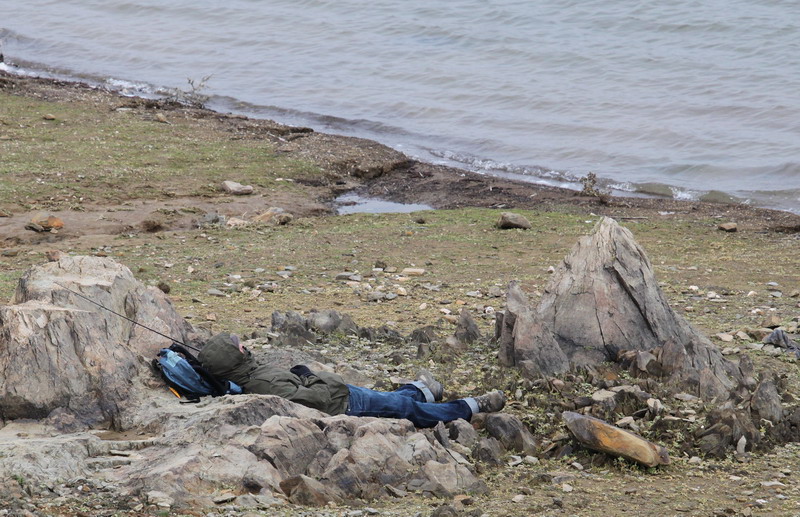 And I photographed landscape wherever were somehow little colour points to recognize! 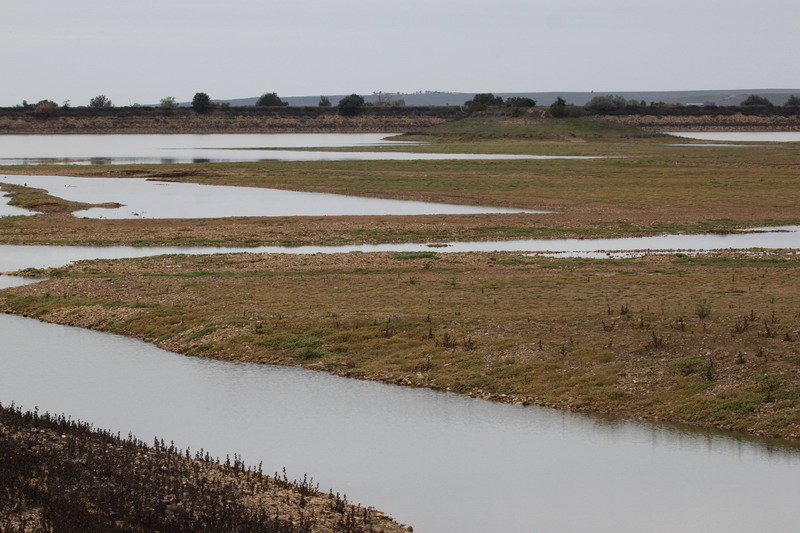 Those are channels which connect the huge artificial lakes of Guadians: 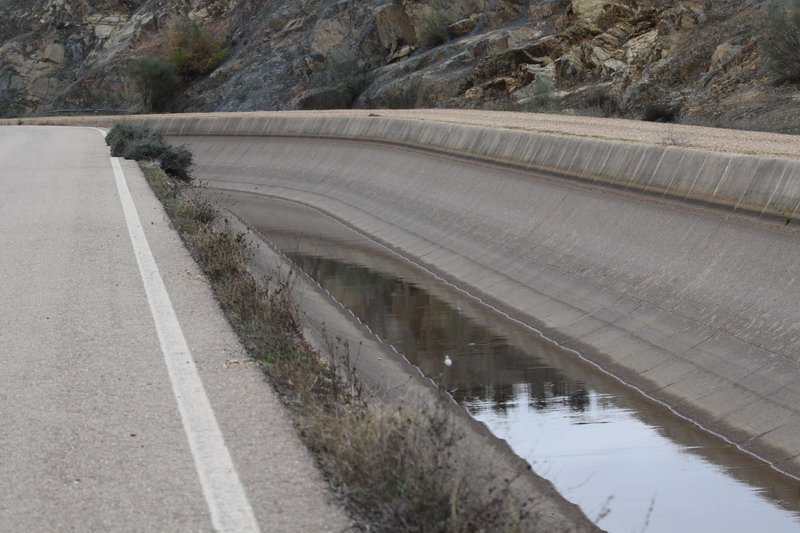 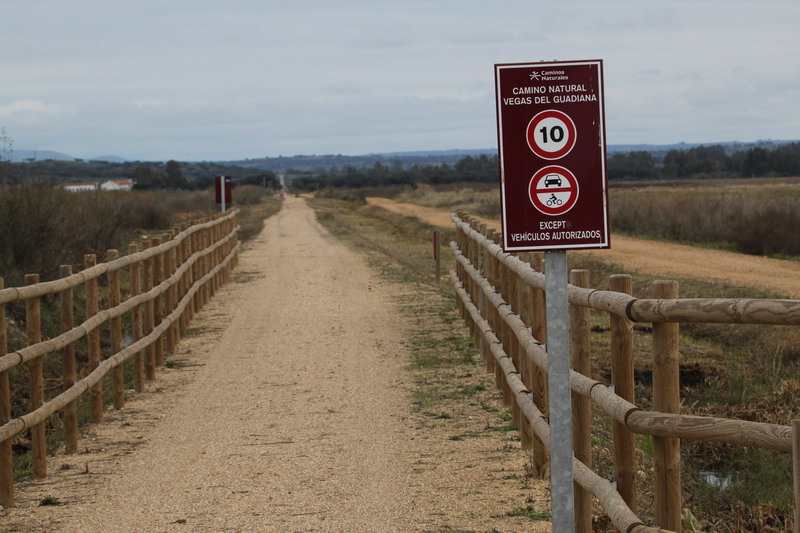 The old station of Madrigalejo reminds on times when trains stopped here: 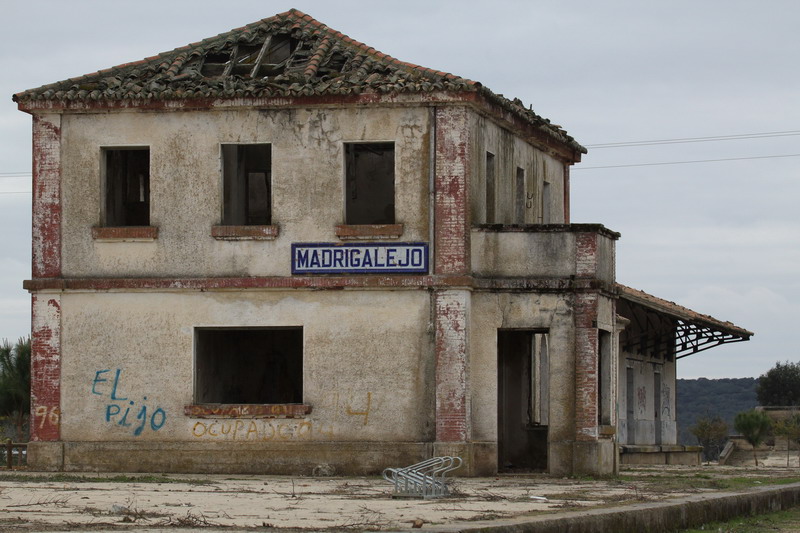 Extremadura is not only the country of the birds but also of sheep:: 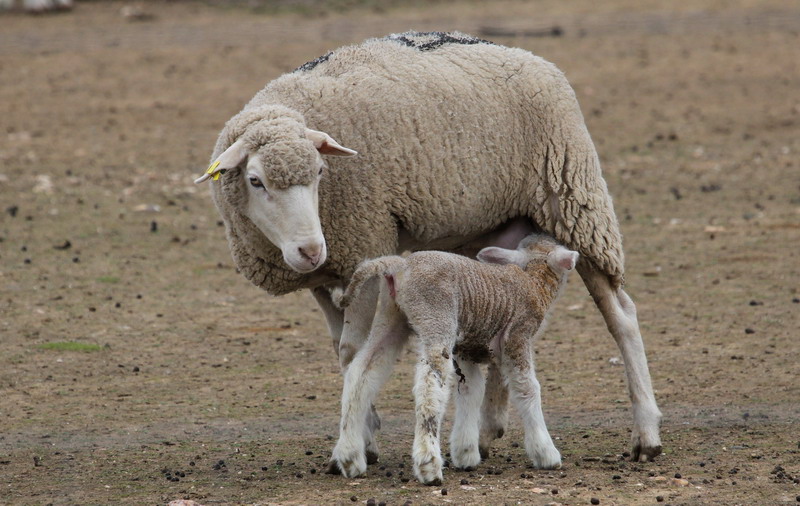 And they all had offspring: 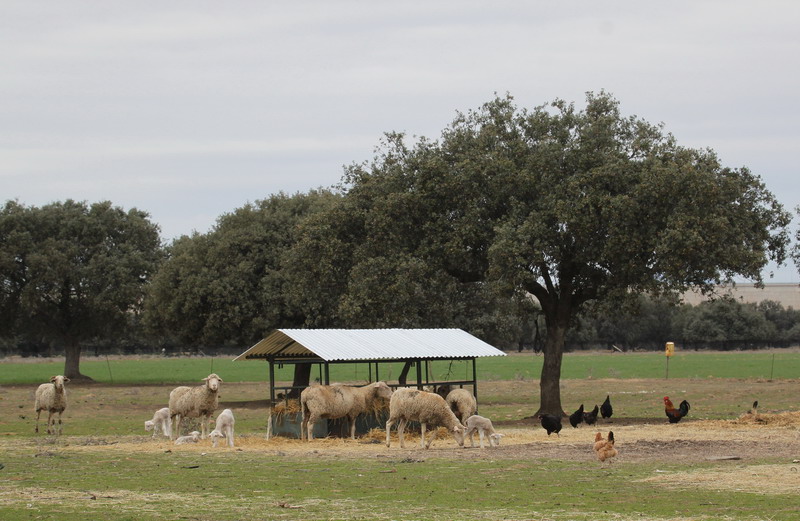 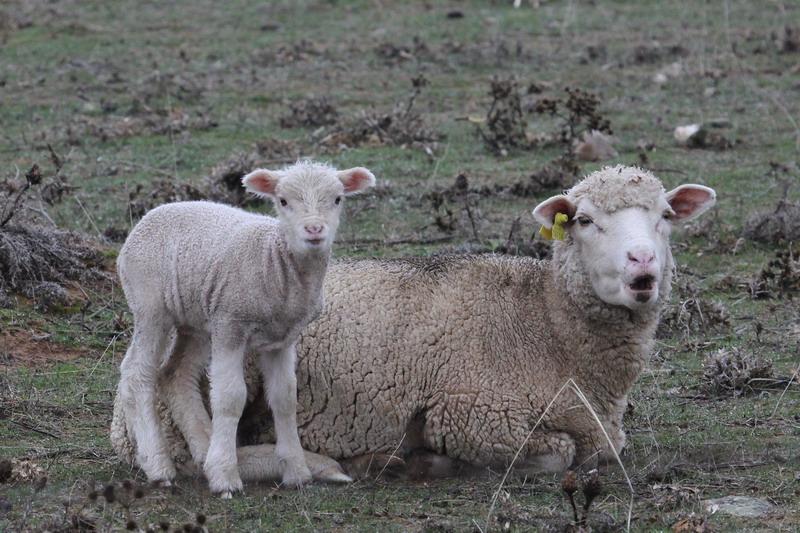