Across the Lebrija we reached on the next day again the banks of the Guadalquivirs, where 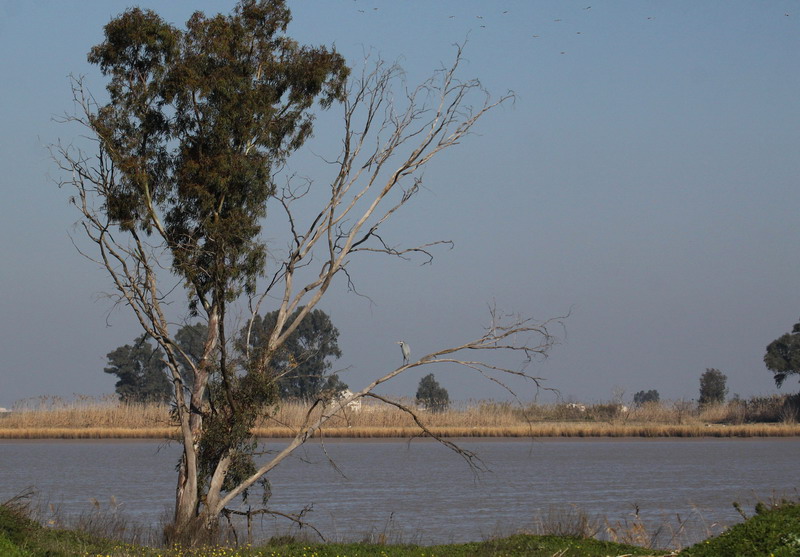 from everywhere the happy cluttering of the storks is to be heard now: 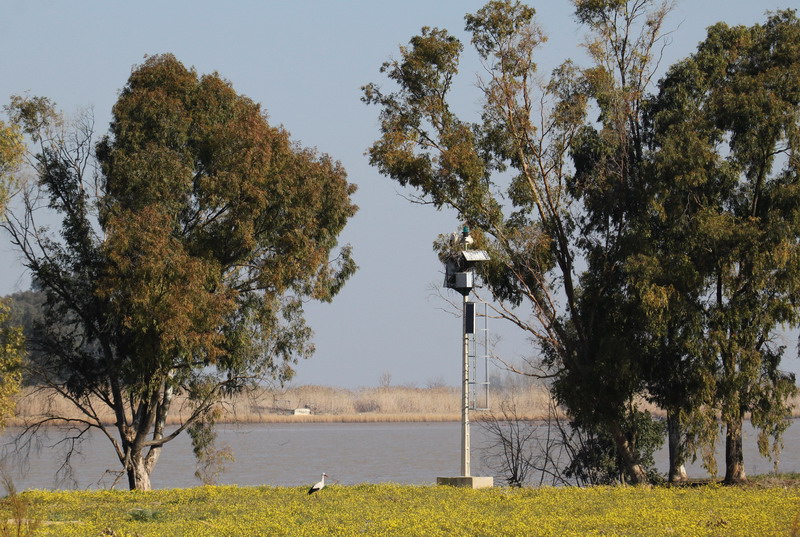 "Nobody can complain about anything! My house is completely equipped with solar panels!" 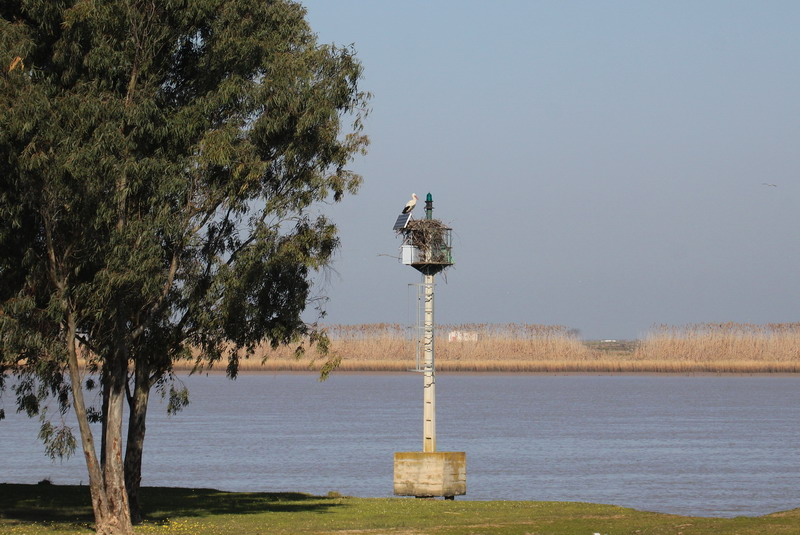 "Modern nonsense! We rather are breeding traditionally in trees!" 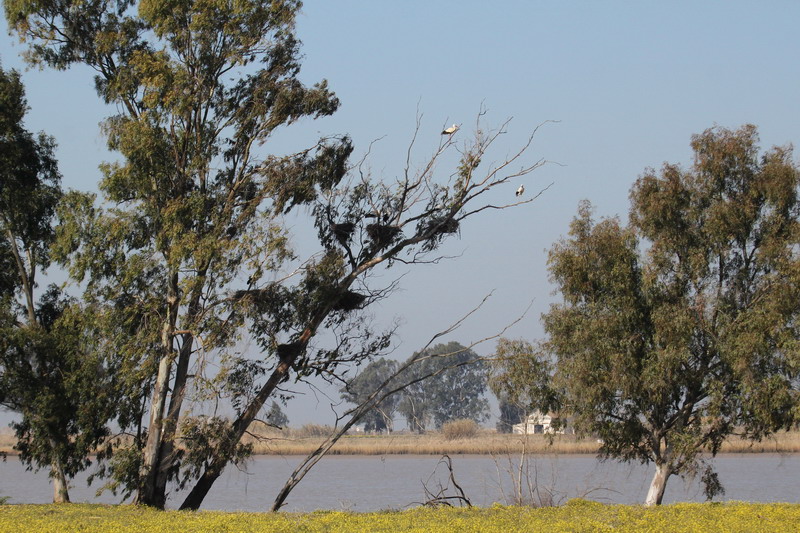 At the Gualdaquivir your heart really is opening: 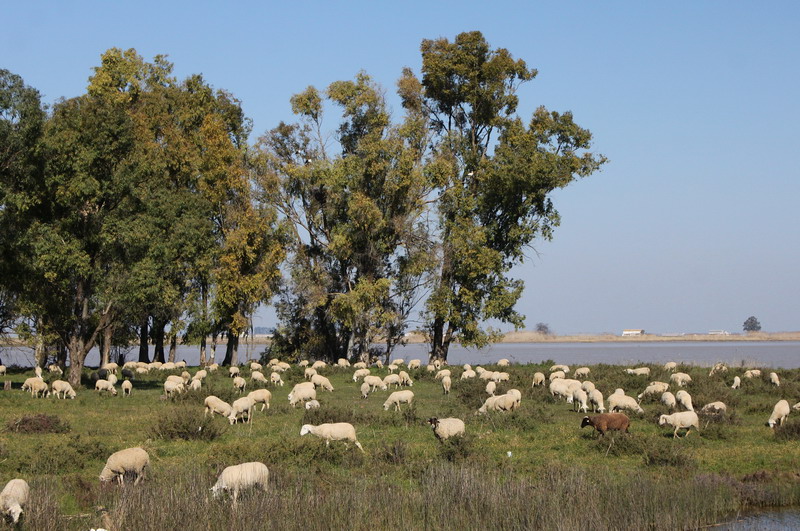 Hush  the Night Herons are sleeping! 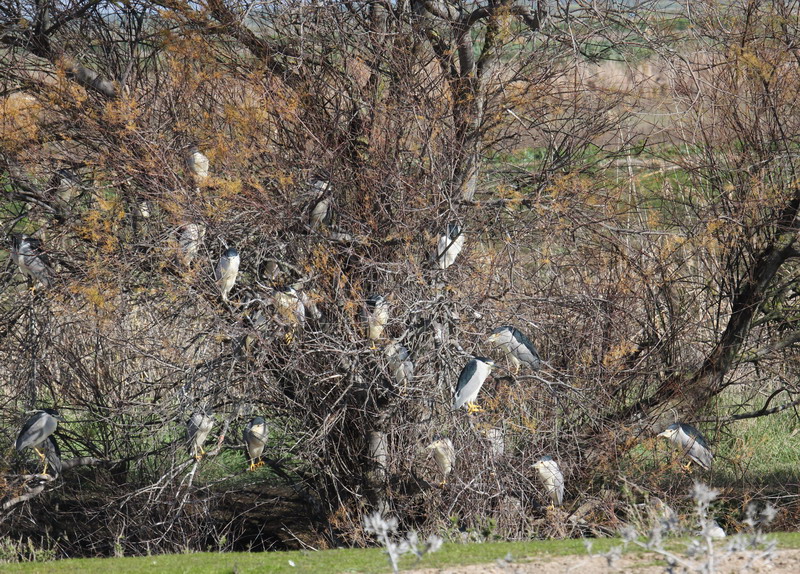 The young Gossy Ibis in comparison was wide awake and we were very happy to be able to admire the wonderful colors of its plumage: 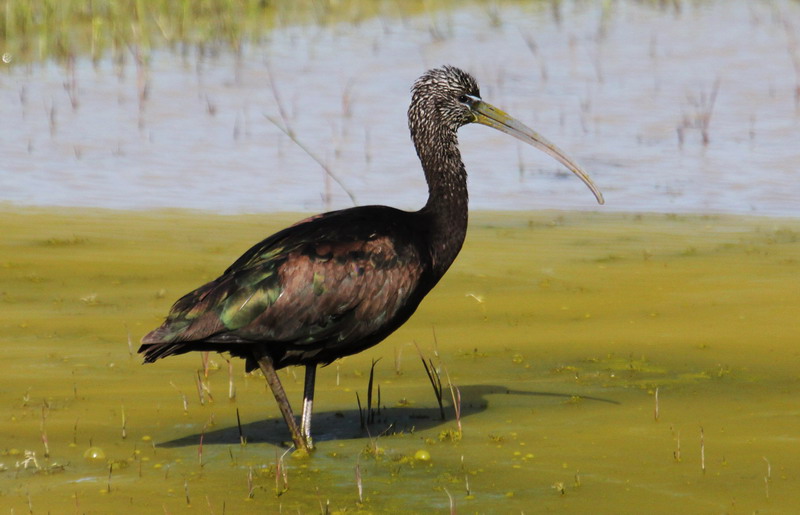 Also in this area some Black Storks were around: 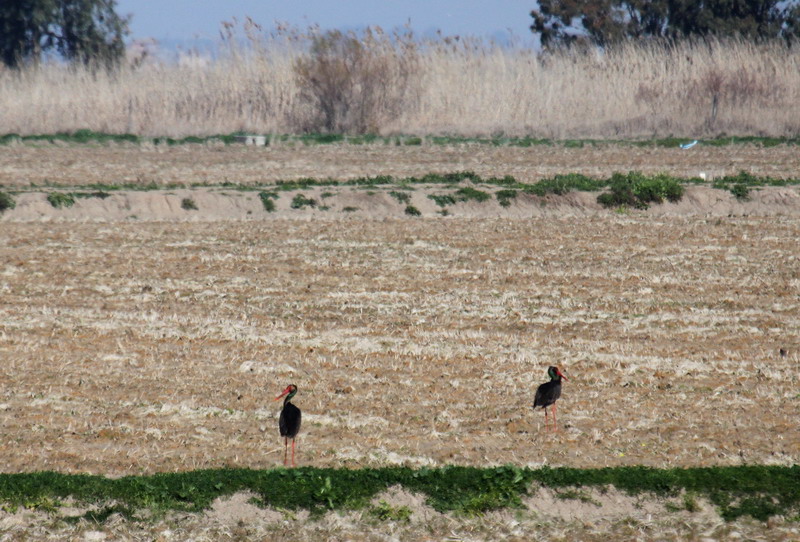 "How could I get the prey of these Ravens?" Mrs. Marsh Harrier is thinking: 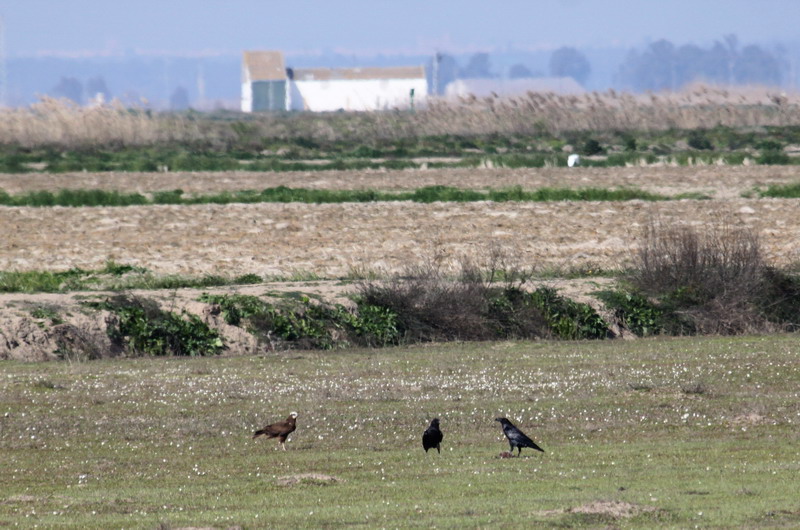 A first try was not successful. But in teamwork . 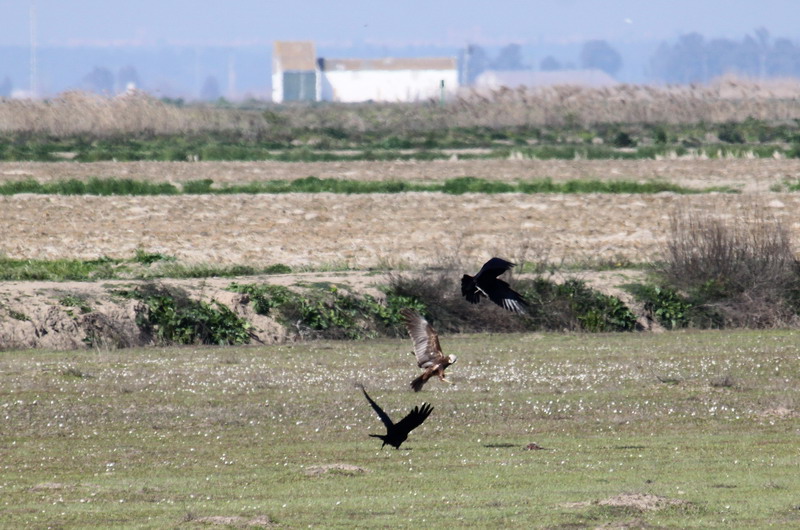 the Ravens chase the Marsh Harriers away, which . 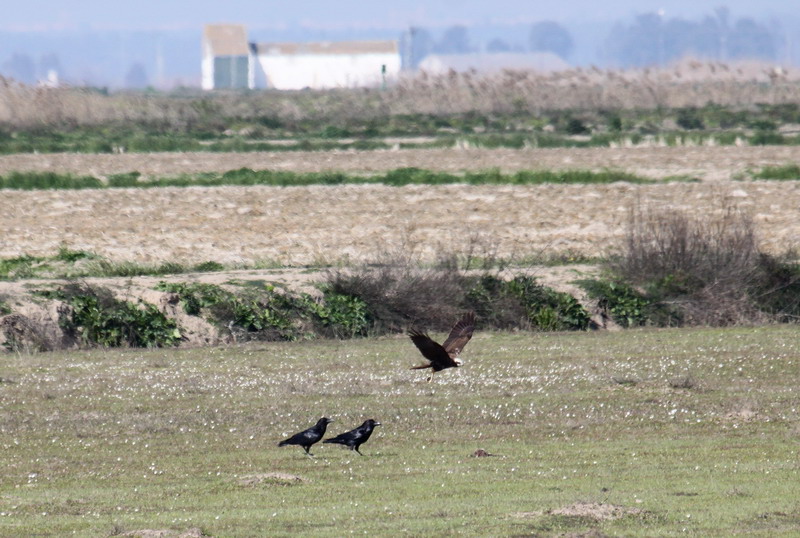 first has to recover from the shock: 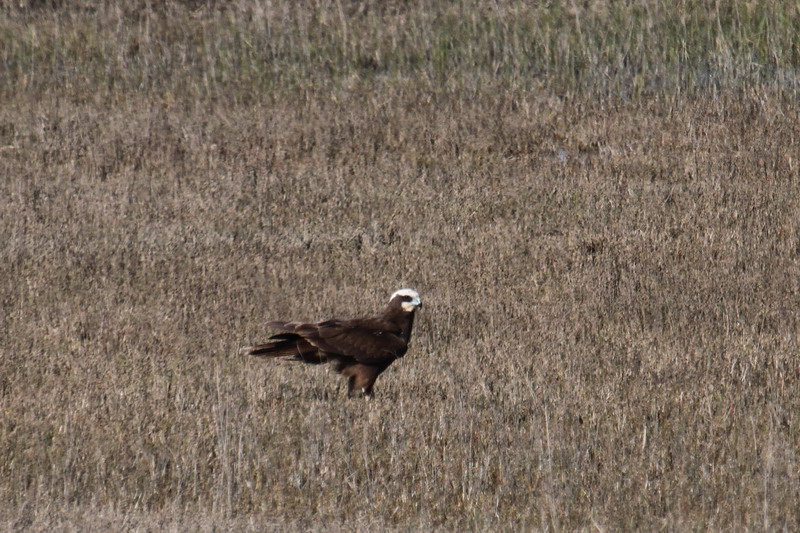 Finally the Ravens were satisfied and that was the chance for Mrs. Marsh Harrier: 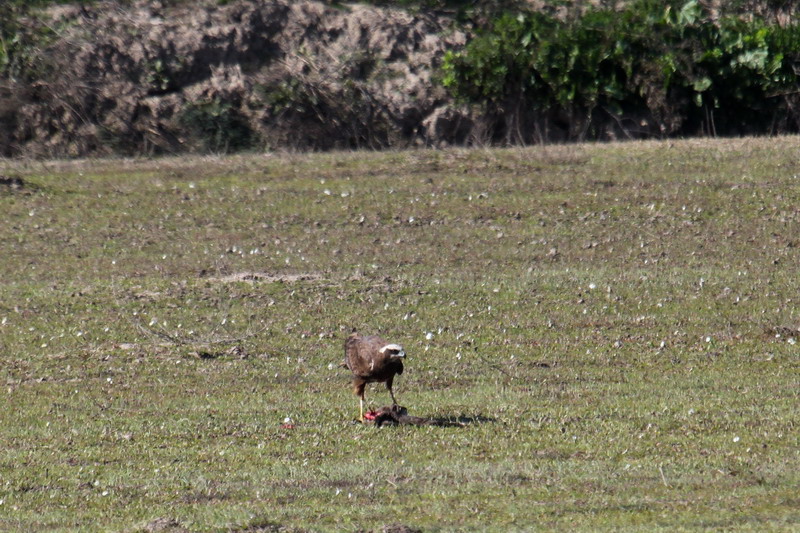 Beside of Cattle Egrets, NIght Herons and Herons we also saw Great White Egrets. Here in place of all a Squacco Heron: 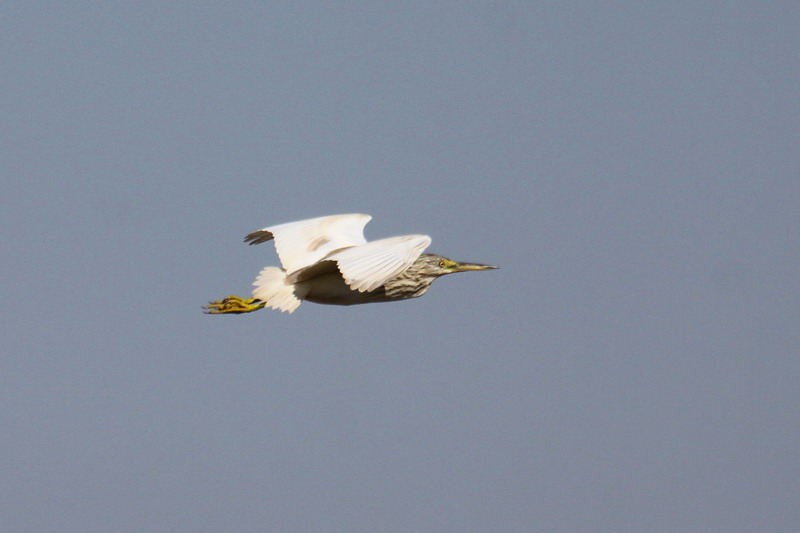 I am always again enthralled that these areas are still there, used by humans, but still a resting area and a habitat for an unbelievable high number of animals.