In April 1998 a big disaster happened in the Doñana-area, when a basin broke into an iron ore mine at Aznalcóllar and poisonous sludge led to an ecological disaster at Doñana. 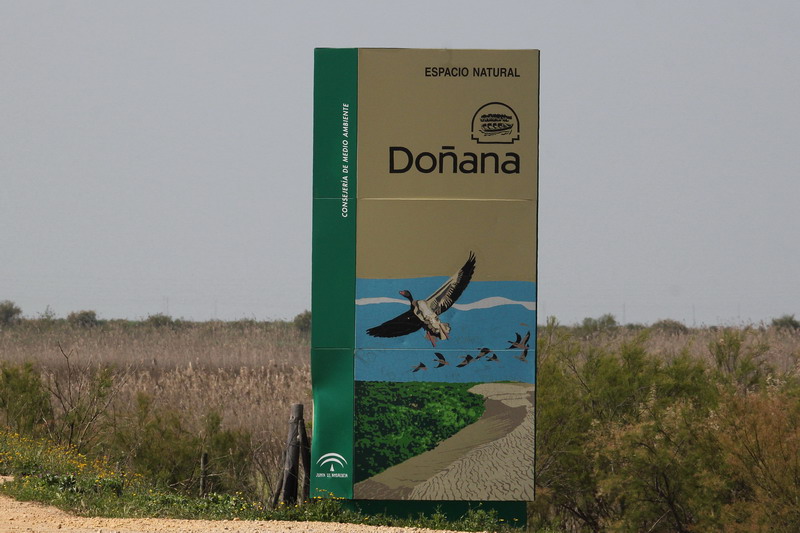 Out of this reason the then Andalusian government made the decision to dispossess the property neighboring the National Park of Doñana, to let a "green belt" get developed, which should protect the Nationalpark in the future of any outside influences. An at that time most courageous decision which was much criticised by the residents and all people concerned. 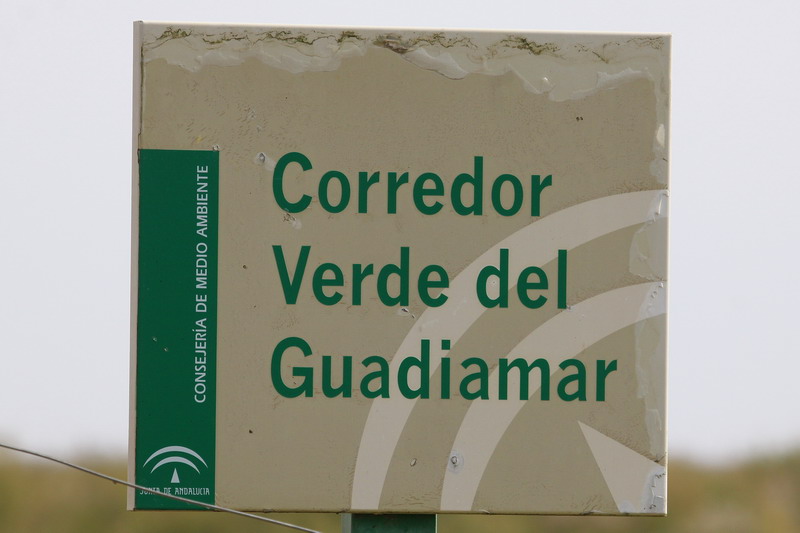 This green belt developed in the meantime to a real bird paradise. 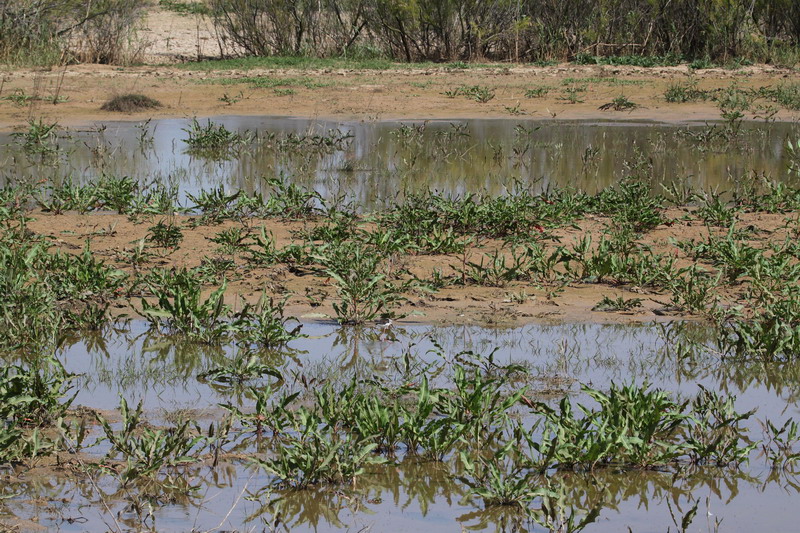 So that you can watch from the narrow, paved but hardly used road scenes like this female stilt breeding: 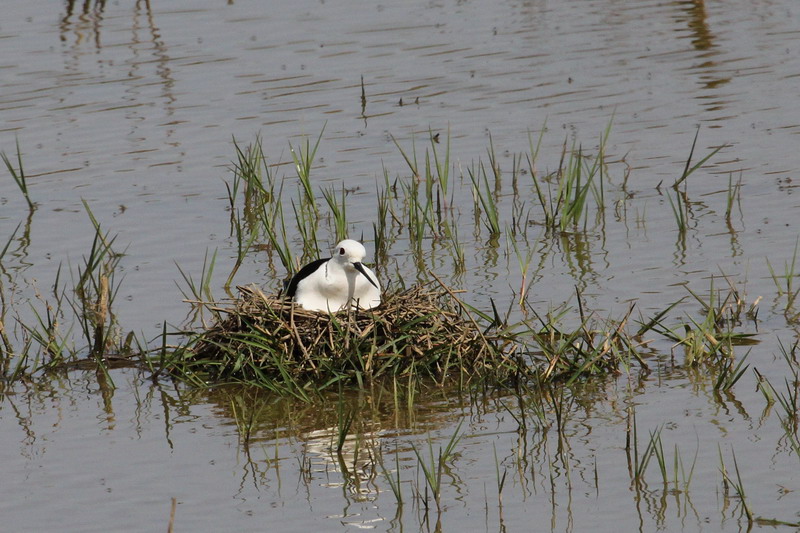 Or this wood sandpiper - its companions were far away - in the middle of many sandpipers: 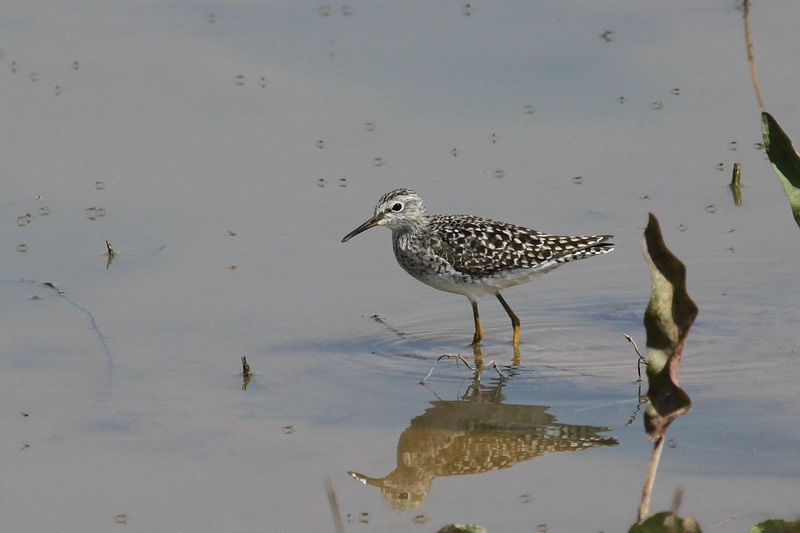 "My goodness, am I beautiful!": 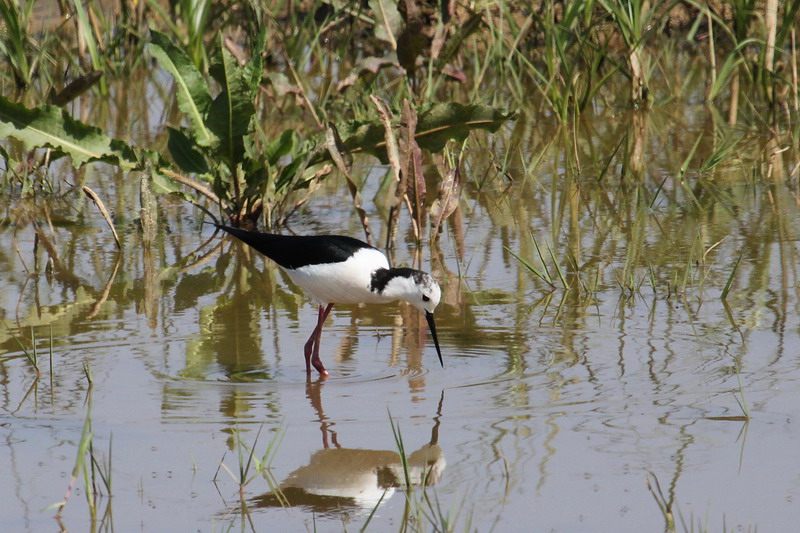 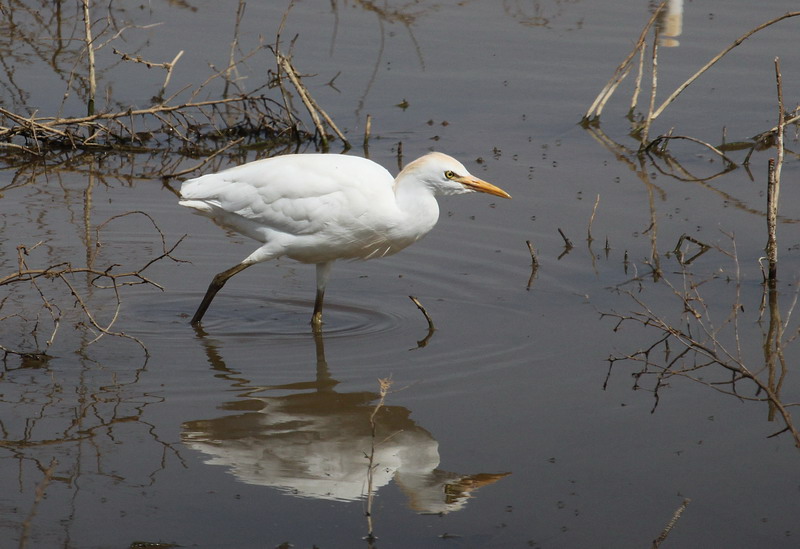 ... first I shall take care of my culinary needs!" Mr. Cattle egret means: 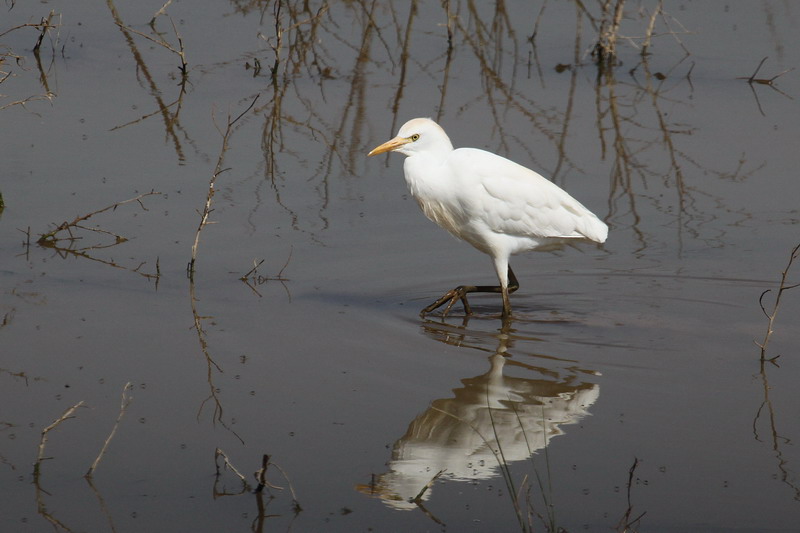 Mrs.Little egret in the meantime is looking for food on the flowery meadow: 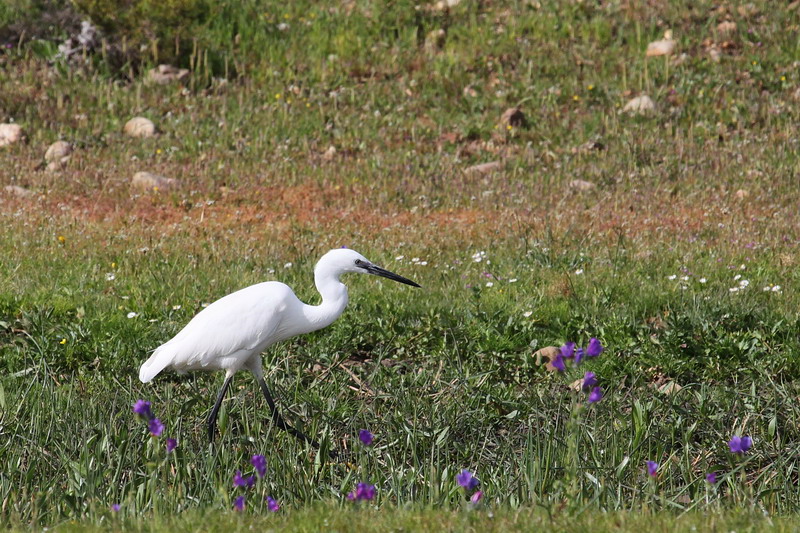 I heard the calls of the bee eaters, but could not recognize them in the air. Well, where had they been? Sitting in the middle of the meadow and ... 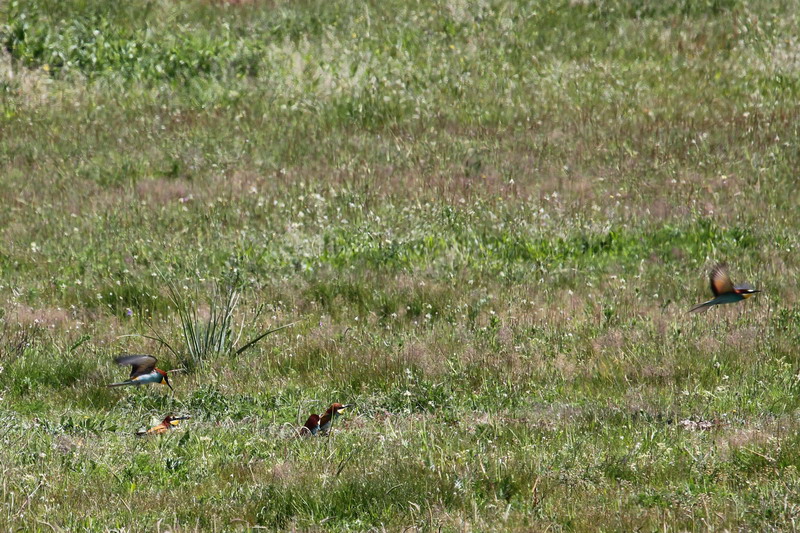 ... from there starting to their low hunting flights. Surely there it was alive of insects. 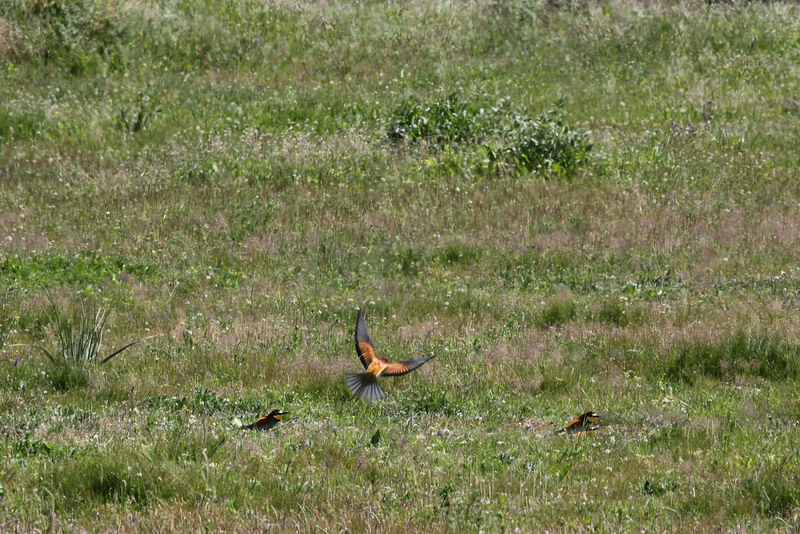 Here the green belt did not show itself from its green side, but the storks felt very well between the dried reed culm: 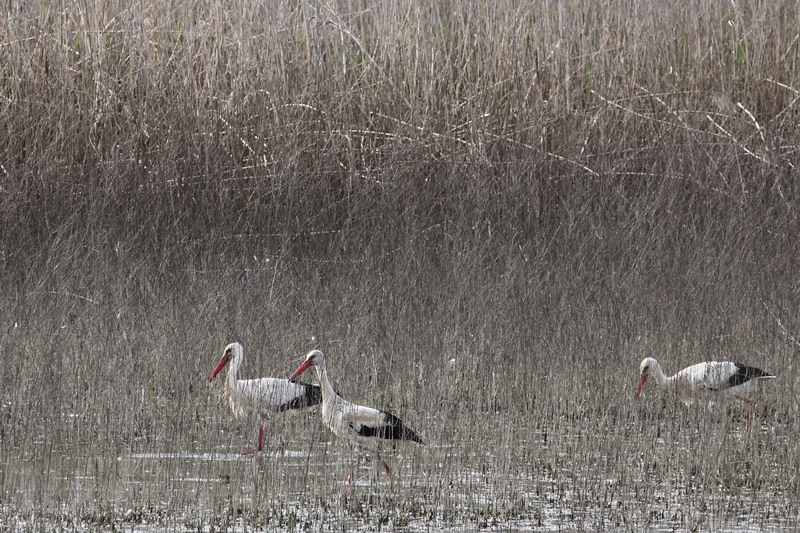 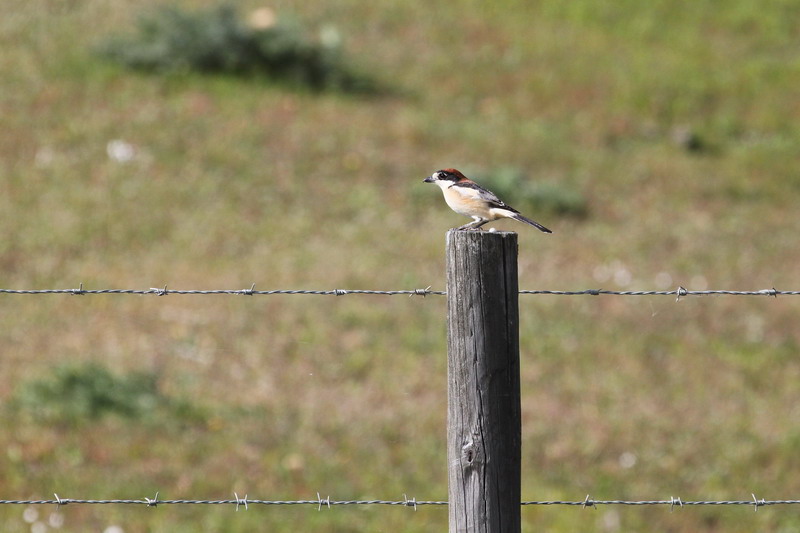 A vast number of corn buntings populate the area. 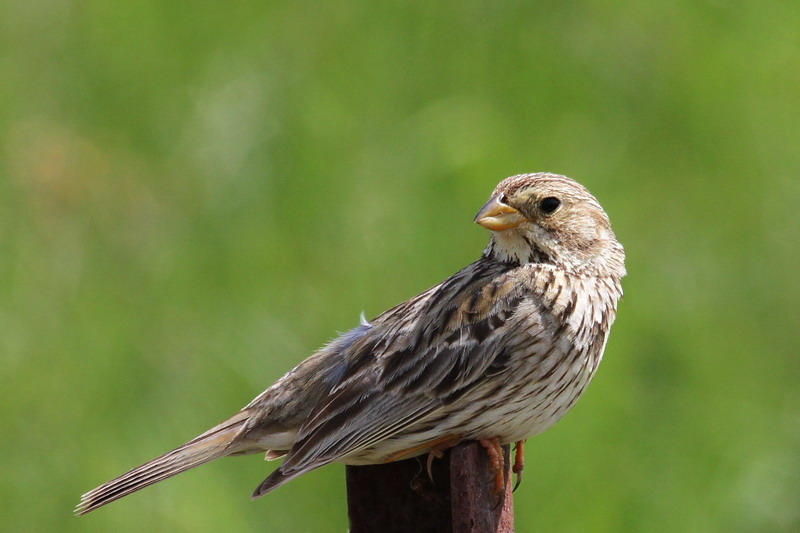 "And I am the most handsome male corn bunting far and wide: this male puffed up: 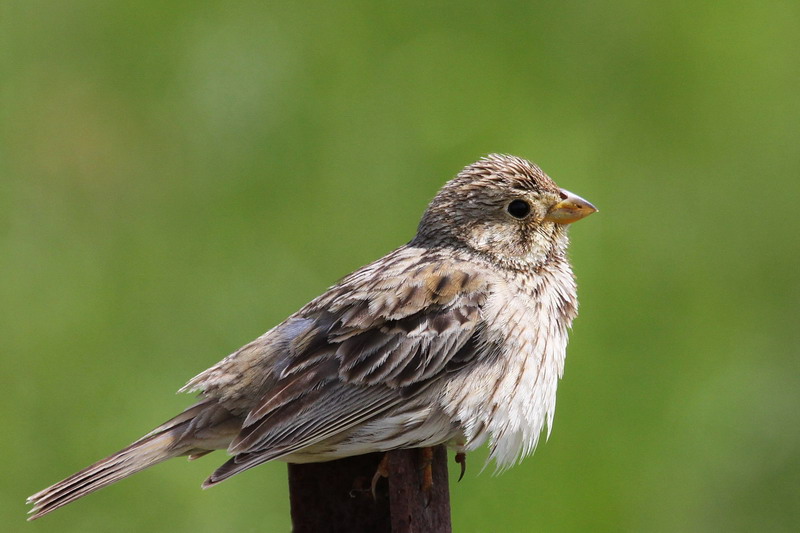 It was just terrific to be able to get to know this all! - Soon the last report of our four-day-trip will follow in which I shall picture the Dehesa de Abajo, which enthralled me totally. Be prepared for many photos!